The first time data was stored on a card was in the distant 1725 when punch cards were used to automate a drawloom, which weaves fabric and tapestries. In a way those cards stored images, though not quite how it’s done today. Then in 1884 punch cards were used again in the Hollerith Electric Tabulating System (think electro-mechanical Excel). Hollerith would later start a company that would become the foundation of IBM.

The Olivetti Programma 101 (1965) is considered by some to be the first commercial desktop computer, but by today’s standards it’s more of a desktop calculator (yes, desktop). It used long magnetic cards to store instructions and data – this is the first occasion when an app was loaded from a memory card!

Alright, let’s fast forward to the modern era. The first memory card used by GSM phones was the SIM card. That’s right, those stored contact numbers and text messages, which simplified “syncing” when changing phones – you just moved the SIM. Remember that this was at a time when “cloud” meant “white puffy thing in the sky”.

The earliest SIMs stored as little as 20 numbers and 5 texts, but this was later expanded to a more comfortable 250 contacts. Once EMS came around, people would use SIMs to transfer the simple images and melodies instead of sending them through the carrier (which was rather pricey). Note: we’re skipping over the CF cards used in PDAs as that deserves a separate story – they did so much more than store data.

The Siemens SL45 (2000) was the first phone to support removable flash storage – the MultiMedia Card, better known as MMC. It was co-designed by Siemens and SanDisk and unveiled in 1997, so no wonder MMC was picked over competing flash cards.

In 2000 Siemens, Matsushita and Toshiba unleashed the first Secure Digital cards, SD, the successor to MMC. For a while those two co-existed and it helped that they were electrically compatible. However, the new card was about half a millimeter thicker, so an SD card often didn’t physically fit in an MMC slot.

Before SD took over completely, Reduced Sized MMC, RS-MMC, was introduced in 2004.

While you no longer see MMC cards, the standard is still alive. Not in card form, but as embedded MMC, eMMC, the storage of choice for cheaper phones. More premium handsets typically use UFS or another solution. 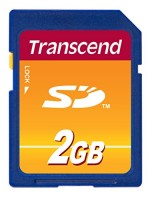 You can always count on Sony to use a proprietary product when possible. Thus Memory Stick was born in 1998. It was used in Sony digital cameras, PCs, the PlayStation Portable and Sony phones. The first Memory Sticks used in phones were the second generation Duo cards as they were more compact. Then things moved to Memory Stick Micro, M2, Sony’s answer to the microSD.

Sony was the major producer of Memory Stick and its primary user. This made it an uphill battle as the market converged to SD cards. There was a transitional period when Sony phones supported both Memory Stick and microSD. Then in 2009 moved to microSD exclusively (in 2010 all Sony products followed suit).

You should know what happened next – miniSD and then microSD. There were some oddities along the way, like pre-recorded SD cards with albums on them. Let’s just say that the idea didn’t catch on.

There hasn’t been much movement in the memory card world recently. Samsung announced UFS cards and even UFS/microSD hybrid slots, but nothing ever came of that. Which is a real shame, the new A2 “application speed” rating by the SD Association guarantees 4000/2000 IOPS for read/write while the numbers for UFS are in the tens of thousands. It’s not even close.

There’s hope – the SD Express standard was unveiled this year, it essentially implements NVMe for SD cards. For now it supports a single PCIe lane for up to 985 MB/s transfer speeds. Unfortunately, this requires the extra row of pins from the UHS-II standard and no phone has ever supported UHS-II.

Still, NVMe is used by the fastest consumer SSDs (and Apple’s iPhones), so it’s clearly the way forward for memory cards. The XQD card (a successor to the CF Express) is an NVMe card used in the latest prosumer DSLR and mirrorless cameras. We just hope NVMe comes to microSD cards and smartphones before makers decide to drop the memory card slot altogether.

Huawei doesn’t seem to have learned from Sony’s experience or maybe it’s confident that the higher volume of phones it sells will help support its new standard – Nano Memory, NM.

Their shtick is that they are the same size and shape as a nanoSIM. They are not faster, they don’t have more capacity, they are not cheaper or easier to find. Quite the opposite, in fact.

I have my both Energy 512MB (Near corrosed print) and Kingston 1GB DV-RS MMC seems useless and unused until purchasing some mobile phone that support MMC that I wish.

Great article i remember a good old times when first cards have pheraps 8 or 16 megabytes. Yet there is a mistake. The Siemens SL45 (2000) was the first phone to support removable flash storage – the MultiMedia Card, better known as MMC. It ...

The first phone that has an expandable memory is actually the Nokia 9110 Communicator from 1998!