Last month Huawei and Honor sent out the update to EMUI 9.1 to 10 smartphones, and today a new batch is ready. This time around, we're talking about 8 devices in total between the two brands, including some launched as far back as 2016 - and yet they're still receiving the latest software update.

Here's the full list: Huawei Mate 9, Mate 9 Pro, Mate 9 Porsche Design, P10, P10 Plus, nova 2s, Honor V9, and Honor 9. The EMUI 9.1 update has already been going out to some of these in some territories, but now we have an official announcement touting the rollout. 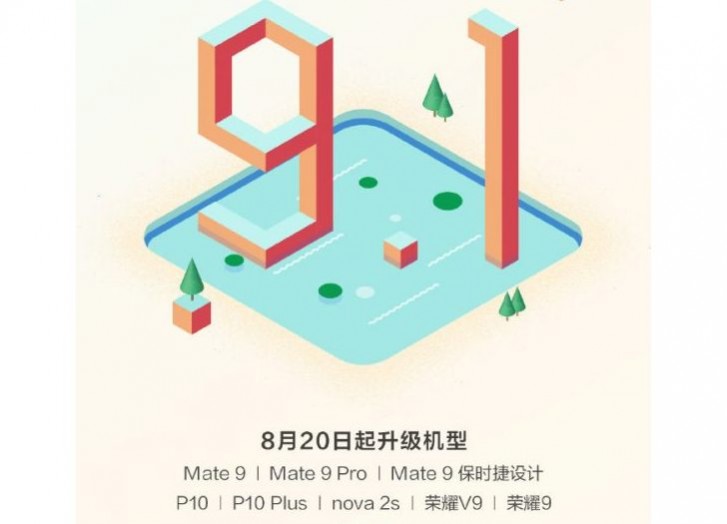 Keep in mind though that said announcement is from China, so if you have one of the models above but bought it in another market, it might still take a while for the latest software to make it to your device.

EMUI 9.1 is based on Android 9 Pie like EMUI 9 before it, but it packs some worthwhile improvements, including the EROFS file system which improves read and write performance of the flash memory by around 20%. It's better at file compression too, which means it has the potential to save you up to 2GB of space on your phone.

GPU Turbo 3.0 is also built into EMUI 9.1, and it currently supports more than 20 game titles including PUBG Mobile and Fortnite. The UI itself has been slightly polished, getting a more minimalist vibe with new wallpapers and redesigned icons. Finally, video ringtones are supported and Huawei Vlog lets you easily edit and share your creations.

I wonder if I should rebrand to c636 China region to get the 9.1 update or will the USA get it?

Thanks, I was able to update after following your instructions. Please also advice if I can download Android APK file to add WhatsApp, Google Maps, etc?