Exynos 7872 unveiled: hexa-core CPU with A73 cores, plus an iris scanner

Samsung officially unveiled the Exynos 7872 chipset, which we already saw on the Meizu M6s. The new chip is part of the mid-range Exynos 5 series, but packs some more upscale features. 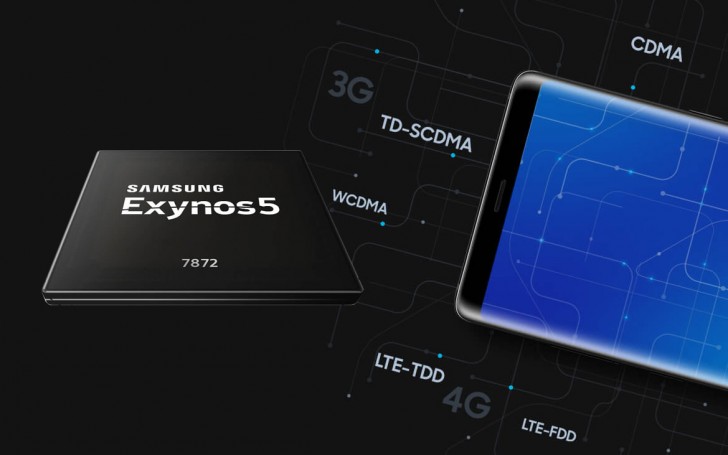 But this mid-range chip has some limitations. There’s no 2160p capability and no special provisions for a dual camera. Also, the max screen resolution is 1,920 x 1,200, which rules out 18:9 FullHD+ screens.

Recently, Samsung launched the Galaxy A8 (2018) phones with Exynos 7885 - a similar 14nm chip with a 2+6 processor. That one does support higher resolutions for tall aspect ratios, but the A8 can't record 2160p video either.

so i guess this will become the processor of their midrange J phones...

well, the CPU cores will be much more powerful as showed the first Antutu benches, which scored around 88k. the GPU is IMHO mediocre, as seen in the Samsung A8. but on the other hand, more than 90% of the users won't notice the difference, as on...