Foldable Galaxy to have smaller battery than expected, Galaxy A70 battery detailed

Samsung’s first foldable phone was reported to have two batteries, each with a capacity of 3,000mAh or more. Newer info points to a much smaller battery.

Two batteries with 2,190mAh capacity, 4,380mAh total, were spotted. They have model numbers EB-BF900ABU and EB-BF901ABU and are presumed to be the power units for the Galaxy F. 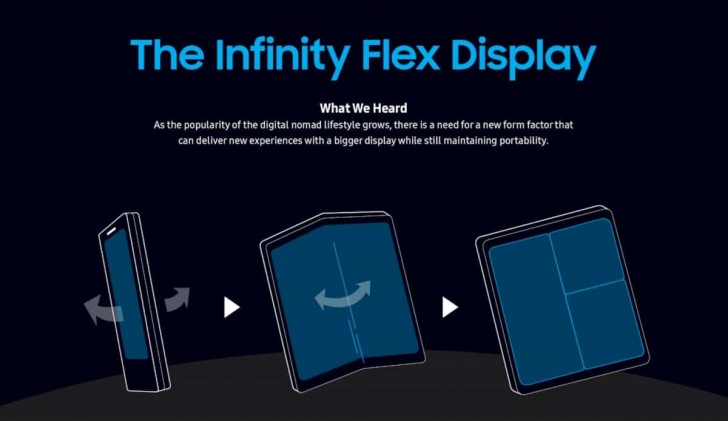 The Galaxy A70 will be powered by Samsung’s 10nm Exynos 9610 chipset (same as the A50) and will feature an AMOLED display, unlike most of the new A-series, which will use LCD.

The foldable Samsung Galaxy will be unveiled on February 20. There’s no official reveal date for the new A-series (the M-series is coming on January 28).

Unfortunately you have some serious text understanding issues. 2 batteries each with 2k+ mAh capacity will result in one with 4k+mAh total. You mistakenly added a third capacity to the total.

Not dumb at all, you shouldn`t compare an orange to a watermelon. You need to compare 2 phones with same battery ratings and see which one lasts longer. You know not every company has the battery optimization level of Sony.

Samsung learning the mistake from Samsung Note 7, to not chasing a bigger battery fill out the battery room.