Towards the end of its online Unpacked event earlier today, Samsung announced that its flagship devices starting with the Galaxy S10 will get three major Android OS updates.

That includes the S10 and Note10 families of course, as well as the S20 and just unveiled Note20 series, and (we assume) the foldables too. The company hasn't exactly named devices in a list, so this could in theory also apply to the Galaxy Tab S7 and S7+, we just can't be sure. Hopefully some clarification will be issued soon. 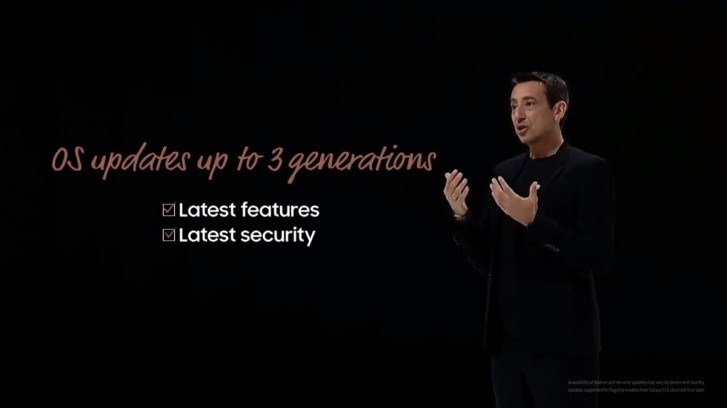 So, for the Note20 family this means the devices will get Android 11, Android 12, and Android 13. Some people are interpreting this to mean "three years of OS updates", except that's not what Samsung's wording implies. And since Android 11 is almost out of the (Google) gate right now, it's more like two years and a few months until Samsung releases the Android 13 update (going by past timelines).

These infographics are the fastest way to get to know the Galaxy Tab S7, Watch3 and Buds Live