As often happens, a case manufacturer released images of a still-unofficial phone – today, it’s the Samsung Galaxy Note8. It’s a cheap way to drum up publicity and Olixar’s transparent gel cases leave little to the imagination.

You can see the dual camera, placed horizontally and sharing a hump with the LED flash, heart rate sensor and fingerprint reader. This design lines up nicely with the leaked renders from a couple of days ago. Also note the Bixby button on the side. 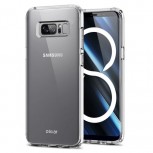 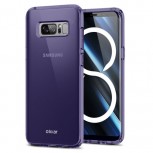 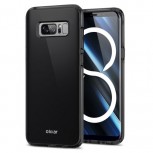 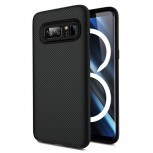 The Galaxy Note8 is set to be unveiled about a month from now on August 26 in New York. Sales could the month after that at a price of €1,000.

Galaxy Note8 to have a dual 13MP camera made by Samsung

I agree that wireless charging it's more convenient for anyone, but a common mistake is to let the phone overcharge by night. The battery should be kept from 10-20% to 80-90% for a longer life endurance. A recommendation that I never heard from any m...

1. Cleaning fingerprints off is really not a taxing activity, don't blow it out of proportion. 2. Wireless charging is more convenient. 3. Regarding heat from fast charging, every phone generates heat when charging, maybe more when Fast Charging,...

Attractive? I do not want a fingerprint ridden glass back. It's silly. Wireless charging as an excuse is plain nonsense as it does NOT charge faster than wired, and contributes more heat. More heat means lessening battery life in the long term. ...