The Samsung Galaxy Note9 is going to be officially revealed on August 9, but it's hardly the best kept secret ever. Even so, new bits come out every now and then and the latest is a set of renders of the phone in the color scheme that Samsung calls Lilac Purple. 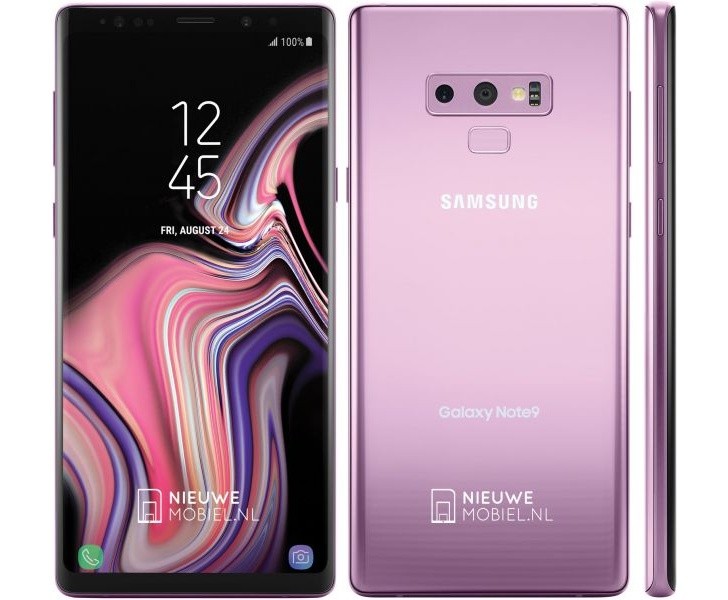 It complements the Coral Blue images we saw earlier and the live shots of the Midnight Black unit from yesterday. We're yet to see a real-life yellow S-pen, though.

Other than the color, there's not much new info we can extract from the render - the Note keeps the sharper corners when compared to the S-series, there is consensus on the arrangement of the components on the back (people with any mild OCDs should avoid looking at the off-axis camera), and the notchless AMOLED has minimal bezels.

And this must continue to keep manufacturers re-think of what consumers are and what their hard earned money is!

Agree. Pink is the new blue.

The aperture diameter on that one is bigger, most of the time this warrants a bigger front element unless they're aiming for serious vignetting, but I agree that the design is ugly. I think what happened is that the recent "Porsche Design" copy...