Gigabyte dropped four new phones. Or is it two phones in two flavors each? Meet the Gigabyte Classic and Classic Lite plus the Gigabyte Essence and Essence 4. All four are 3G dual-SIM phones and cost under €100.

The best-specced of the lot, the Gigabyte Classic is still an entry-level device. It sports a 5" 720p screen (294ppi) and is thinner than the other three at 8.6mm. It runs Android 5.1 Lollipop on Spredtrum chipset (quad Cortex-A7 + Mali 400 and 1GB RAM).

The Classic has an 8MP main camera and a 5MP selfie camera. There's 8GB of built-in storage available, plus up to 32GB from a microSD card. The phone is powered by a 2,000mAh battery. 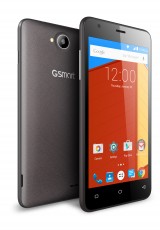 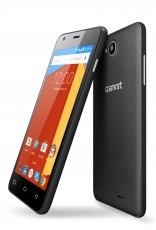 As we said, this is a dual-SIM phone (one mini slot and one micro) and has 3G connectivity up to 21Mbps. There's also Wi-Fi b/g/n, Bluetooth 2.1, A-GPS and FM radio.

The Gigabyte Classic has a MSRP of €95.

The Classic Lite has a 5" screen though with a more modest 854 x 480 resolution (196ppi). It's powered by the same chipset though downclocked slightly and with only 512MB RAM. Oh, and it runs an older version of Android, 4.4 KitKat. 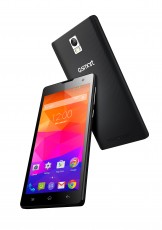 The camera duo has been bumped down as well to 5MP and 2MP. Storage remains at 8GB with microSD slot (up to 32GB). The battery is slightly bigger, 2,100mAh, but the battery life is roughly the same.

The Gigabyte Classic Lite will cost around €75.

It's back to the basics with the Gigabyte Essence. It features a 4.5" screen with 854 x 480px resolution (218ppi). This one has the same chipset as the Classic Lite and also runs Android 4.4 KitKat. The cameras are the same too.

The Gigabyte Essence will cost a little bit less at €70. 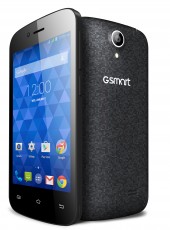 The chipset and camera have been slashed. The Gigabyte Essence 4 has only a 2MP main camera plus 0.3MP selfie snapper and a dual-core processor (MediaTek chipset). The storage has been halved as well, 4GB (plus microSD). The battery got even smaller at 1,300mAh.

The last phones that Gigabyte ever made...

quite a nice volley of affordable phones. not a big fan of 512MB RAM, but it looks like each models has a specific purpose from regular 8/1 with 5" HD even newest lollipop on top to more mediocre not fancy but still with a lot of bang for the buck mo...

It's very hard for them to penetrate into this market now, and they do it way too late.