The Gionee S10 is the best of the bunch. Its highlight are the four cameras - two at the front and two more at the back. The main snappers have 16MP/8MP sensors and the selfies are taken by a 20MP/8MP setup. The S10 has a 5.5" 1080p LCD with 2.5D curved glass, a MediaTek Helio P25 chipset with octa-core processor and 6GB of RAM. 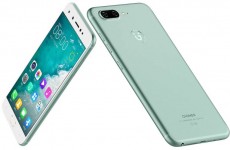 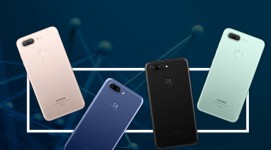 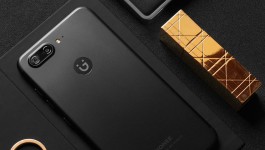 And finally the more modest, specs-wise, Gionee S10C. It only has a single 13MP rear camera and 16MP front-facing camera. Swapping MediaTek for Qualcomm it uses a Snapdragon 427 chip with Adreno 308 GPU and 4GB of RAM. 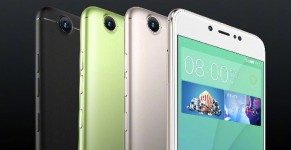 All three smartphones have hybrid slots that allow either Dual SIM or microSD storage expansion, all three have fingerprint scanners and all three run Amigo OS on top of Android 7.0 Nougat.

Green Gionee S10 leaks in hands-on shots, blue model may be on the way too

Gionee smartphones are heavily overpriced here in Singapore, mainly due to no local distributor yet, so all price marked up... While Oppo and Huawei have gained popularity on the ground it became so common now among Apple and Samsung...

Let me guess, none of these has a screen smaller than 5"?