Google recently confirmed the existence of the Pixel 5a to clear the confusion and rumors that suggested otherwise. In a more recent blog post related to camera features and the capabilities of the HDR+ algorithm, the company linked a Google Photos gallery full of camera samples taken with already existing Pixel phones.

Two of the images, however, stand out. The first image that you see below has since been taken down, but the EXIF data has already revealed what we needed and it clearly says Google Pixel 5a. This, in turn, suggests that there would only be one variant with Snapdragon 765G chipset and 5G connectivity. No 4G alteration. 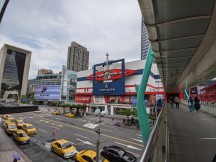 Camera sample with the ultrawide camera

The EXIF data also points to an ultrawide camera (not that the distortion didn't make it obvious enough) and the lens has f/2.2 aperture. The sample photo has been taken on October 1 last year.

The second image lacks any EXIF data and it's probably safe to assume that it also came out of the Pixel 5a. This one is considerably more recent, though - February 16. 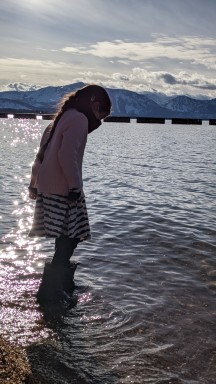 These shots indeed look promising but this is usually the case with Pixel phones. We just hope that there are other notable improvements besides the camera this time around.

Google Pixel 5a to arrive on June 11, Pixel 6 may get a centered hole-punch selfie cam