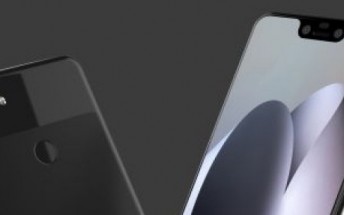 There's no doubt that Google's Pixel 3 XL will be a flagship device but it might fall short in terms of RAM compared to its direct competitors.

At least 6GB of RAM is the bare minimum of today's Android flagship handsets so it's kind of strange to see the still unannounced Pixel 3 XL with 4GB of RAM, twice - on Geekbench and on the Master Lu benchmark listing.

Then again, only the pre-production units could be equipped with 4GB of RAM and we'll eventually end up with 6GB before launch. In any case, we also have some information about the screen. The listing shows 1440 x 2960 pixels resolution, which is 18.5:9 aspect ratio and that should correspond to the initial rumors pointing at a notched design.

Of course, the SoC is already known and expected - Snapdragon 845 while the pre-installed Android version is 9.0 Pie.

I own an Oneplus 6 phone since one week ago. It's a beast. No bugs, no lag, awesome camera, extremely fast. So how is this phone broken? :)

No bro, I use a pixel 2 xl... and 4gb is enough for me... Go and use your Chinese phones... I had an op 3T and an xiaomi mimix 2... great specifications on the paper and some ppl recommended me this phones... but I don't know how someone can live w...

Such an ugly looking device.