Throughout its lifetime, the Pixel hasn't exactly led design trends, but it did manage to put the world's largest notch on the Google Pixel 3 XL last year. Even with the 4 XL, Google isn't pushing any limits or trying to maximize the screen-to-body ratio. The Pixel 4 XL is probably what many wish the Pixel 3 XL looked like, without the fat notch.

Imagine if Google took the Pixel 3 XL's display and shifted it lower, then filled in the notch with more pixels. That's what the Pixel 4 XL feels like, and the resulting design is still asymmetrical and not as pleasing to look at as other competitors from Samsung and even OnePlus. 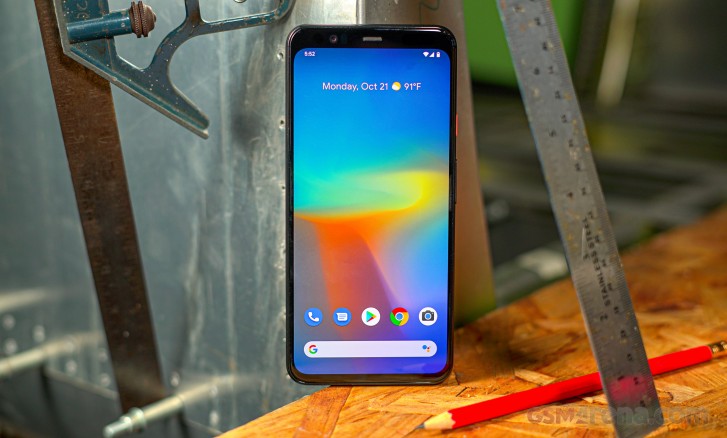 The Pixel 4 XL has a large upper bezel to accommodate for a bunch of new hardware, including new Radar-based motion sensors and 3d facial recognition hardware in addition to a selfie camera. More on that in the User Interface section. Otherwise, this is undoubtedly a large bezel for a 2019 flagship, so the Motion Sense tradeoff needs to be worth this asymmetrical design choice.

Google has also moved the lower front-facing speaker back to the bottom - in the same style as the original Pixel XL - and this resulted in a much smaller (but still there) lower bezel. 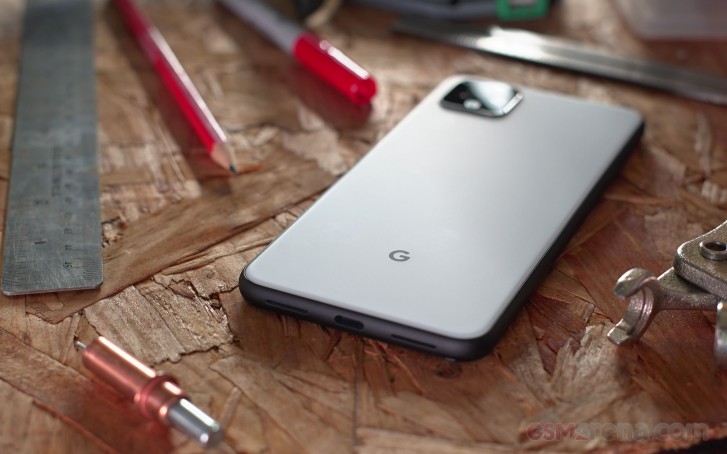 The frame that wraps around the 4 XL is coated in a fine-grit soft-touch texture. Our Clearly White review unit has a black frame and white rear Gorilla Glass 5 panel. The Oh So Orange gets the same powder glass and soft-touch frame, but the Just Black model has regular shiny glass on the back. Our unit has an orange accented power key.

The volume and power keys are on the right side of the handset while the SIM tray lives opposite the power key. There's a single mic hole at the top edge, and at the bottom is a USB-C port and dual audio ports. The left port is a microphone, and the right one is a loudspeaker. There is no headphone jack on either Pixel 4 model. 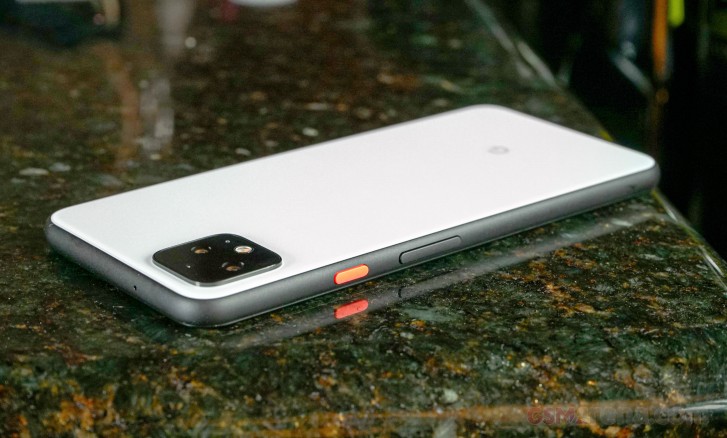 Although it doesn't feel like glass, the rear panel of the phone feels like a sheet of polished metal if you were to sprinkle some fine powder over it. The "G" logo at the bottom is the only thing left of the original appearance of the glass. The G was screened out of the glass-softening process, and the effect is almost three-dimensional.

Since the softened glass is porous, it's less prone to showing fingerprints and looking greasy, but fingerprints are still collecting on the glass. This surface makes it harder to see smudges. The same goes for the frame, but the camera square is still regular glass, so expect to wipe it down occasionally.

The Pixel 3 had a glass "window" that was kept from the original Pixel's design, but with the Pixel 4, Google went ahead and softened the entire glass panel. The Pixel design is evolving, but we'd say it still has some refining to do on the front. 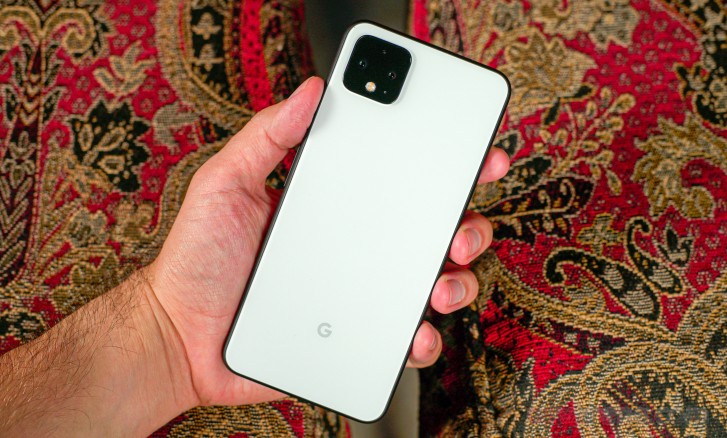 This is the first time that Google adds a second main camera to any Nexus or Pixel phone, and it chose to go with a square island to house them. Google once claimed it didn't need more than one camera to take portrait photos, and Super Res Zoom made up for the lack of a telephoto camera. Things have changed this year, and we'll let you know if the telephoto camera is indeed an improvement.

Many will compare the Pixel 4 XL's dual cameras to the iPhone's stove-top camera square, but the Pixel's is blacked out. Its placement is coincidentally too similar. The square does protrude a bit from the body, but its location won't rock the phone on a table very much. 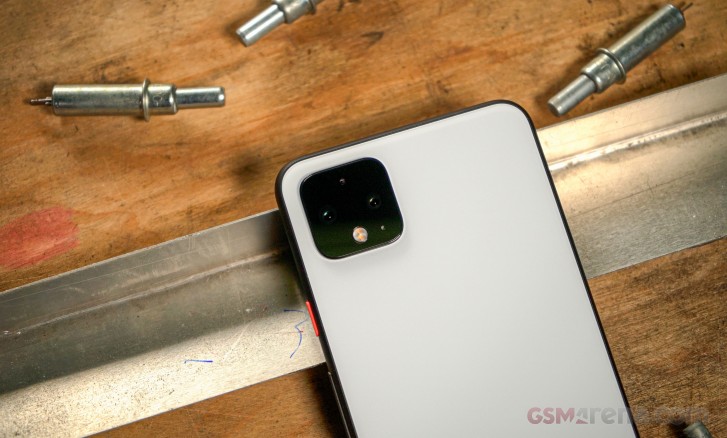 Next up, we'll go through our usual suite of tests, starting with the display.

I've had a pixel 4xl for a year or so (bought used). It's a fabulous device, I love it. I'm upgrading to the Pixel 7 Pro, however, for the improved camera. Otherwise, I'd be happy with this for several years more. It's brilli...

I've owned Pixel 4XL for 2 years now and consider it one of the better phones I've bought. Good display, readable outside, quick processor, decent camera and fast updates. Battery life is just ok. Cons? Needs to be rebooted about once a...

I have been buying google phones for awhile. The pixel 4xl is the bottom of the barrel. Totally regret the purchase and customer service at Google is the worst.