While other manufacturers keep pushing screen sizes bigger and bigger, Google kept the larger Pixel 4 XL at 6.3-inches. This is the same size as the 3 XL, only the 4 XL's slightly taller 19:9 aspect ratio makes it a teeny bit narrower. With more competitors using higher-refresh-rate displays, Google decided to join in and go with 90Hz displays on both sizes of the Pixel 4.

The 90Hz Smooth Display isn't at all necessary, but it improves the fluidness and amplifies the fluidness of the phone's operation when scrolling or swiping through feeds. The animations are also displayed at higher frame rates. Otherwise, supported games will be able to push past 60fps for a more immersive experience. 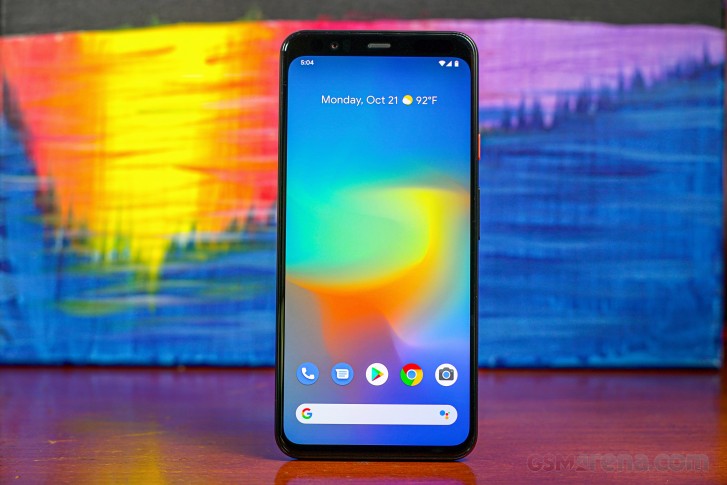 The Pixel 4 XL has a 6.3-inch OLED display, and we're happy that the notch is gone, keeping continuity with the screen's content and simplifying the UI. If you want the sharpest image, the 4 XL gets about 537ppi with its QHD+ 1440 x 3040 px resolution. A layer of Gorilla Glass 5 protects the screen and like the Pixel 3 XL, the 4 XL is rated for HDR playback of 1440p video @ 60fps.

New to the Pixel 4 is a new "Ambient EQ" feature that tunes the display's colors to your surroundings. The display will adjust its color balance a touch warmer if you're hanging out around a warmly lit restaurant, for example. It's intended to tune images to look more natural based on the surrounding light, and a good idea considering the Pixel's camera always leaned towards cooler tones. 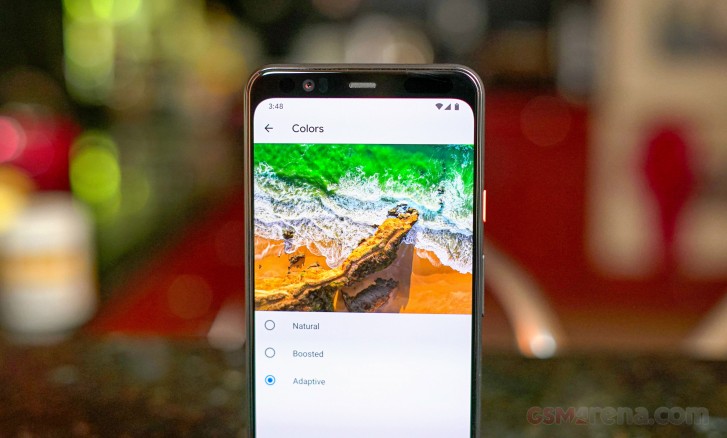 The feature is enabled by default, and it's one of those comfort features that you don't have to think about. This isn't entirely new to the smartphone space, though. Apple has used True Tone on its phones since the iPhone 8.

In our brightness tests, the 4 XL peaked at 436 nits with no additional brightness boost. Those raw numbers aren't exactly class-leading, but the phone is still easily visible in direct sunlight. It isn't too much brighter than the Pixel 3 XL and barely reached the Pixel 3a XL's 451 nits. You can see that other flagships from Samsung and Apple are reaching past 700 nits.

The Adaptive profile is set as the default, and it isn't overbearingly saturated. Colors are pleasant and vibrant, but not too punchy. In this profile, we saw an average deltaE of 3.5 with a maximum of 7 for greens. Whites are well within 2 deltaE, so they are indistinguishable to the naked eye.

Natural is the most color-accurate profile with an average deltaE of 1.9 and a maximum of 3.1. Meanwhile, the Boosted profile falls somewhere between the Natural and Adaptive profiles and has an average deltaE of 2.8. Whites are consistent across all color profiles with only the colors changing in tones and intensity.

Unlike other OEMs, Google keeps color options very simple. There is no individual color tuning or possibility for customized color calibration.

The 90Hz Smooth Display feature is a variable setting. This means that the software will switch 90Hz off wherever it doesn't need it. Currently, it reverts from 90Hz when the phone is in battery saver mode or when watching a video.

Shortly after the phone's release date, it was discovered that the 90Hz refresh rate only ever kicked in when the phone's display was above 75%. Following these reports, Google stated it would update the Pixel 4 "in the coming weeks that include enabling 90Hz in more brightness conditions".

The reason for doing this, as discovered via source code notes, is to prevent users from seeing flicker that can occur at lower brightness when the display is switching to and from its 90Hz mode. The flicker is attributed to a slight difference in color calibrations between refresh rates since the Pixel's display doesn't support a true dynamic refresh rate.

Google intended to fix this via a software update, but it's really something they should have refined before launching the darn thing. 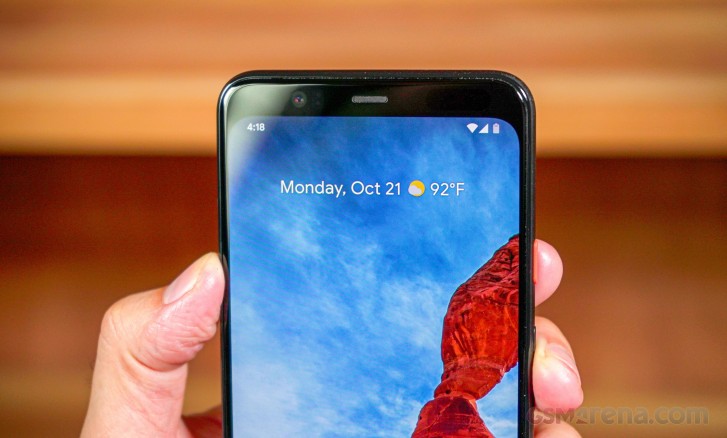 Luckily, there's an option to force the display to run at 90Hz at all times, but its buried in the lengthy list of developer options. The setting does warn that battery life may decrease when forcing 90Hz so expect to need a charger an hour or two earlier than you normally would.

Finally, Google added a "Screen attention" option to on stock Android for the first time. This isn't a new concept - Samsung has had this kind of feature since the Galaxy S4 and other manufacturers have it on their phoens too but it's good that it's now part of Android.

Flagship devices have been getting much better at battery consumption in the most recent years. For some reason, Google tends to take a more conservative approach with its own line of smartphones. The Pixel 4 XL comes with a 3,700 mAh battery, which is admittedly a bump in battery size from 3,450 on the Pixel 3 XL but the 4 XL has the same size battery as the much cheaper Pixel 3a XL. 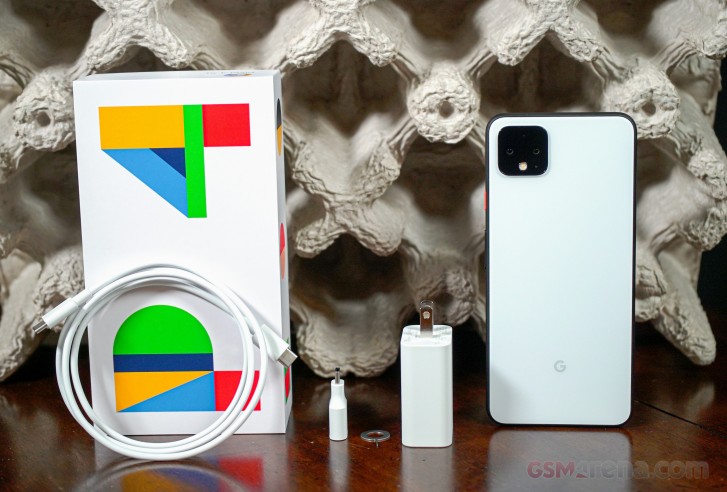 As far as battery endurance goes, the phone didn't perform as well as we'd hoped. The Pixel 4 XL managed a score of 73h of endurance which quite meh!, especially coming in a year where most manufacturers are focusing a lot on providing longer battery life.

The phone yielded a call endurance of 23:32h, which is about the same as the 3a XL did with the same size battery. Meanwhile, the browsing and video playback scores were 10:49h and 11:29h, respectively.

The score below shows the Pixel 4 XL's score with the 90Hz Smooth display enabled. When we disabled the 90Hz feature, we saw the Pixel 4 XL score a couple of hours higher on the web browsing test, but it may not translate to a significant difference in battery life. 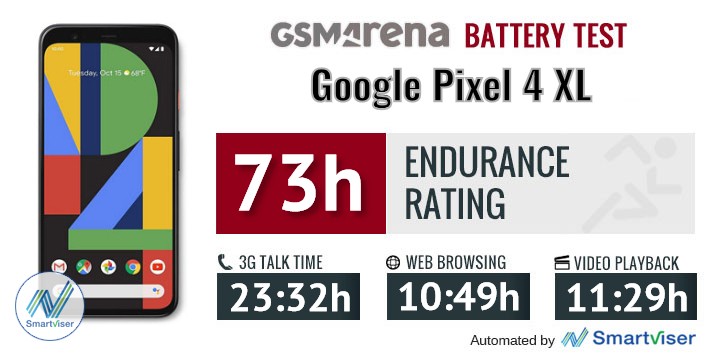 Although disabling both the 90Hz Smooth display and Motion sense may let you squeeze a little more juice out of the Pixel 4 XL, it defeats the purpose of having the technology in the first place. With how far we've come in optimization and battery technology, Google knew exactly what it was doing by using a 3,700 mAh battery here - and that's why we're a little salty.

If its any consolation, there's more than one way to recharge the battery. With the included 18W USB-C Power Delivery adapter, the Pixel 4 XL recharged to 44% in 30 minutes, reaching 77% after an hour and it finally reached a full charge at about an hour and 20 minutes. Although competitors can achieve much better charging speeds, they require proprietary chargers to work.

The Pixel 4 XL supports Qi Wireless charging, but Google quietly updated its capacity to 11W. With the Pixel 3 and 3 XL, 10W charging was only achievable with Google's own $80 Pixel Stand charger, and defaulted to 5W when used with a regular Qi charger.

Our battery tests were automated thanks to SmartViser, using its viSerDevice app. The endurance rating above denotes how long a single battery charge will last you if you use the Google Pixel 4 XL for an hour each of telephony, web browsing, and video playback daily. We've established this usage pattern so that our battery results are comparable across devices in the most common day-to-day tasks. The battery testing procedure is described in detail in case you're interested in the nitty-gritty. You can check out our complete battery test table, where you can see how all of the smartphones we've tested will compare under your own typical use.

Stereo speakers are the standard with the Google Pixel. With Pixel 4, the loudspeaker hardware has shifted around a bit. Where the Pixel 2 and 3 both had dual front-facing loudspeakers, the Pixel 4 has traded them in for a setup like the Pixel 3a's. The lower front-facing speaker has been replaced with a downward-firing speaker.

The speakers are quite loud and yielded excellent loudness across the board. In fullness, however, we preferred the sound of the OnePlus 7T's dual speakers. The Pixel 4 XL can sound tinny by comparison, after all, both the upper and lower speakers have smaller ports than previous generations. 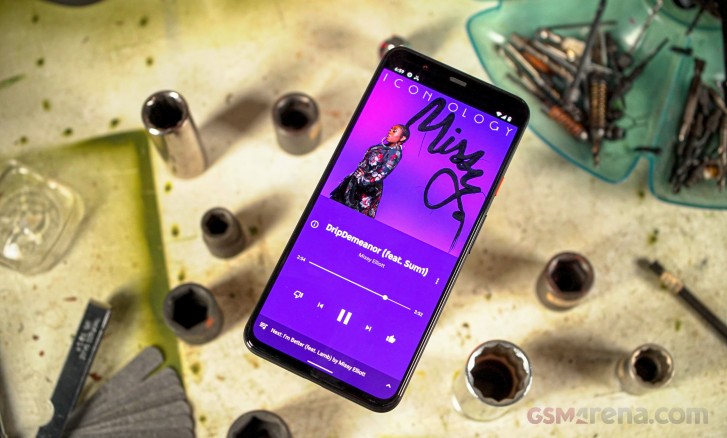 The Google Pixel 4 XL did excellently in the active external amplifier part of our test. It delivered the expected perfect accuracy at very high volume levels.

Headphones did cause a rather big spike in stereo crosstalk and caused a tiny amount of intermodulation distortion. The other readings were barely affected though and loudness remained high, so it's a solid performance overall. Particularly, if you compare it to the Pixel 3, which was one of the poorest phones we've tested. 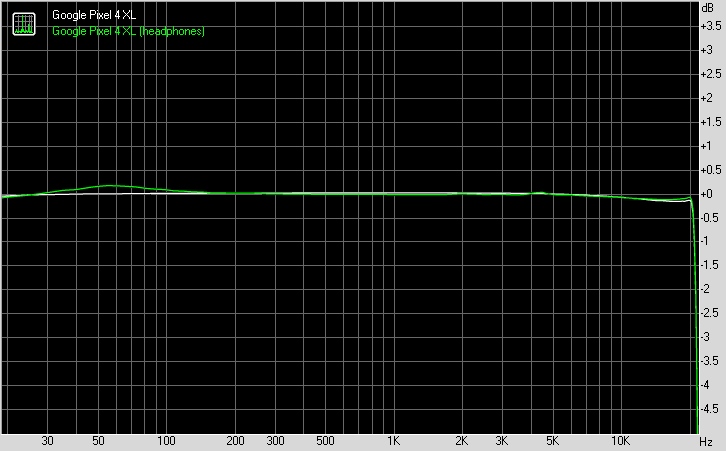 I have been buying google phones for awhile. The pixel 4xl is the bottom of the barrel. Totally regret the purchase and customer service at Google is the worst.

I just purchased this phone off eBay in December. A company on there sold me a refurb with a one year warranty. I bought the 128gb Oh So Orange 🍊 color. Since everyone screamed bloody murder about it's battery life, I never switched on the radar...