On the outside, the P30 is indeed a scaled down P30 Pro - the lively OLED display with a small notch up top and minimal bezels, the fancy color schemes, the multitude of cameras on the back - you'd be forgiven if you can't spot the differences after a casual glance.

There are plenty of those, however. For starters, the P30's display is flat as opposed to the curved one of the Pro. We've heard the complaints and we've voiced them ourselves on occasion - the curves lead to accidental touches, some say. While this isn't the case with every single person out there, those who prefer their screens flat have the P30 proper to look to. 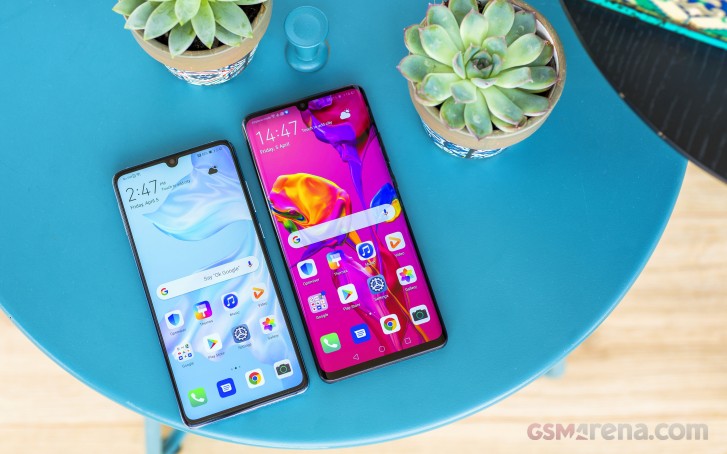 Oddly enough, the P30 has a smaller chin than the Pro - if small chin means premium, then the P30 is premium-er than its otherwise more expensive sibling. While we wouldn't call them thick by any stretch, the sides aren't as thin on the P30 as they are on the Pro, however, so justice is restored. 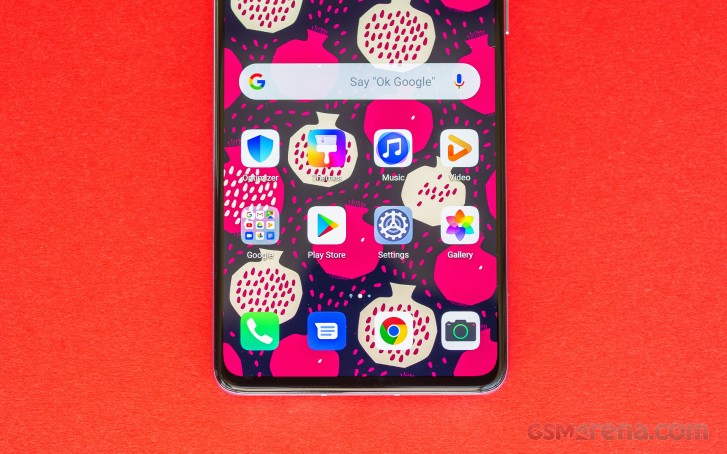 The difference continue above the display, where there's an actual earpiece. The P30 Pro uses an 'acoustic screen' in its place, vibrating the top part of the panel for voice calls - no such thing on the P30. You'd think that having a conventional earpiece would mean stereo speakers, as we've seen on previous Huaweis no less, but that is not the case here - would have looked bad in comparisons if the P30 had stereo speakers and the Pro didn't, right?

We'd have appreciated a notification/status LED around here, but there isn't one, sadly. There's a proximity sensor, barely visible, immediately to the right of the earpiece, while the ambient light sensor is underneath the display, like Samsung does it. 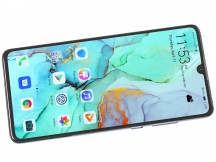 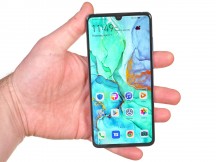 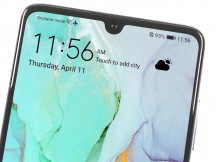 Subtle differences can be found on the back as well. The P30's triple camera is missing the periscope telephoto module of the Pro and the main 40MP cam has a smaller aperture and no OIS. All these factors contribute to an overall more compact camera assembly. 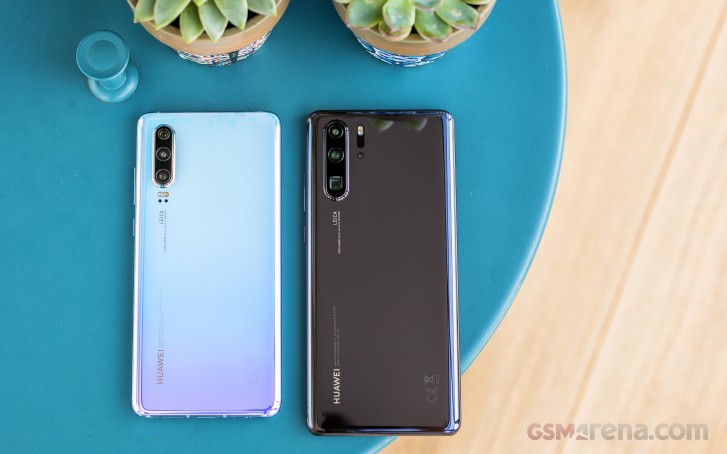 Don't get us wrong here, the P30's camera bump still sicks out a good 1.8mm and the phone is one of the wobbliest we've seen lately. Not that it matters much when you're holding it or it's in your pocket, but we know it bothers some people.

Speaking of pockets, the P30 is noticeably pocket-friendlier than the Pro. The handset measures 149.1x71.4x7.6mm (9.4mm at the camera), which is 0.8mm shorter than the Galaxy S10, but a mil wider. The LG G8 is 2.8mm taller and 0.4mm wider than the P30, while the Pixel 3 still has a smaller footprint, though it's also a smaller display on the Google phone.

The P30 may be light, but it's still a glass sandwich held together by a metal frame, same as the Pro and pretty much every other high-end phone today. Unlike most competitors, however, the P30 isn't very water-resistant - it's IP53 rating does cover splashes, but the other phones at this level go all the way up to IP68 for submersion op to a meter for up to 30 minutes (not that you should willingly dip your phone in water, of course). 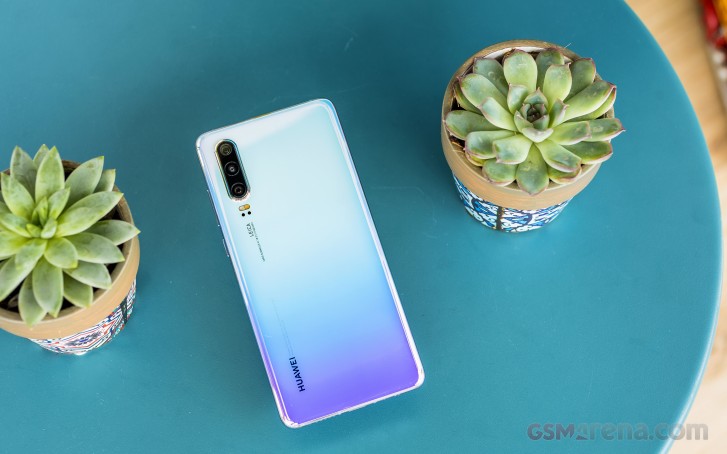 The frame of our Breathing Crystal P30 is polished to a shiny finish, unlike the satin one of the Black P30 Pro we had for review. We don't really have strong feelings one way or the other, but the P30's frame will probably show scuffs and dents more than the P30 Pro's. From what we gather, the Black color versions of both phones have the matte finish, while all the fancier paintjobs get the polished frame. 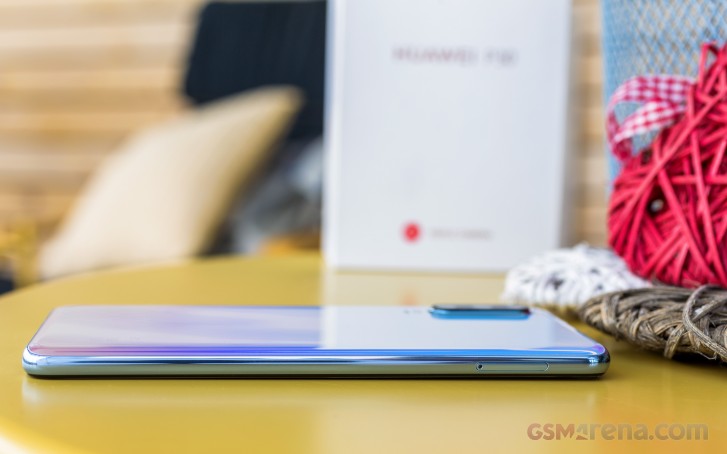 The finish may be different, but the control layout remains the same - the power button with the signature red accent is above the midpoint on the right and the volume rocker is above it. The buttons are well positioned, their size is just right and they click positively with nice travel.

On the other side you'll find the card slot. Huawei is stubbornly pushing its own NM card standard for expansion and we can't see that taking off. We doubt the size benefits of the new standard outweigh thedownsides. In any case, the option to expand the built-in storage is there, so not all is lost.

Up top there's nothing other than the secondary mic - we're really missing the IR emitter. Well, not all of us necessarily, but still - why have it on the Pro and remove it for the non-Pro? 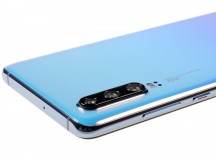 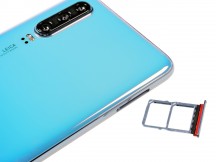 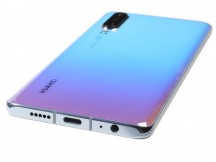 Controls on the right • Card slot on the left • USB-C and 3.mm jack on the bottom

Down on the bottom is where you'll find the USB-C port for charging and the 3.5mm jack for connecting headphones. That's one area where the P30 beats the P30 Pro - the Pro doesn't have the jack. The primary mic and the loudspeaker are here too.

And to finish things up, let's just admire for a minute the awesomeness of the Breathing Crystal paint job of our review unit. 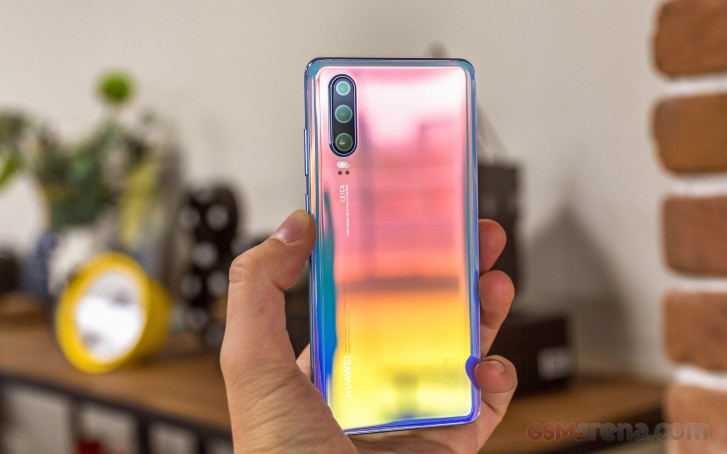 I bought P30 9m ago I thought it was good phone but by now I realised I made big mistake buying it for these reasons: 1. When you high light some thing for copying that text staying on the screan even if you change the tab . It disappears only to o...

Did it fall with the pouch for the crack