Huawei and Honor may be described as two sides of the same coin. Honor, being a Huawei sub-brand, has the benefit of having full access to its parent company technology and R&D. But when it comes to marketing strategy, the two companies couldn't possibly be looking in more different directions than they are. Honor is dead set on offering affordable high-quality smartphones so, in most markets, sales go through online channels only. At other places, the two brands even use different supply chains and their respective marketing campaigns are independent. And that's why we find ourselves in the odd position of reviewing the Honor 10 - a device which is substantially cheaper than the Huawei P20, and yet, it's surprisingly identical to the flagship device in so many ways.

The specs for Honor's flagships have been quite easy to guess lately - take the most current Huawei P smartphone, leave the Leica branding out of the specs sheet and there you have it. The same applies for the Honor 10 - it's a P20 sans the fancy branding. But priced at just €399, the flagship costs equal, if not less, to an average mid-ranger and this is where things get interesting. 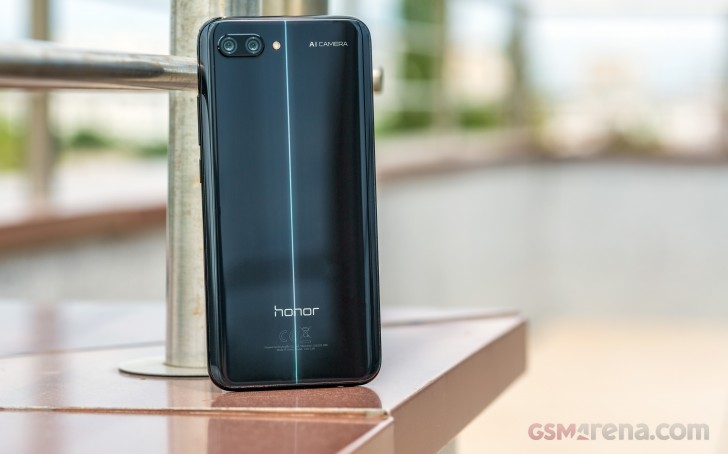 The Honor 10 has the glass body of the P20, the unique paintjobs included. On paper, the two also share the same screen, same processor, same battery with the same SuperCharge support, same software, and rather similar cameras. And yet, the 10 is impressively cheaper.

Once intended for markets outside of Huawei's reach, now both brands are broadening their reach independently, so it appears the old strategy was abandoned. And that's a good thing. Huawei is widely advertising the P20 Lite and P20 Pro, while leaving the regular P20 outside of the conversation. And the Honor 10 is making the run for its spot.

The dual-camera setup on the back uses the same RGB+B&W combo but relies on different camera sensors. We are yet to see if the image quality would be comparable to P20, but we are quite optimistic based on our experience with previous Honor flagships.

But enough teasing, let's pop this thing out of the box and get this review started.

The Honor 10 is cheaper than the Huawei P20, so we can't be picky about the retail package. Indeed, there are no headphones inside, but everything else has been carried over. The Huawei Super Charger is here along with the enhanced USB Type-C cable. You need both for the fast charging to work - anything else won't do it. 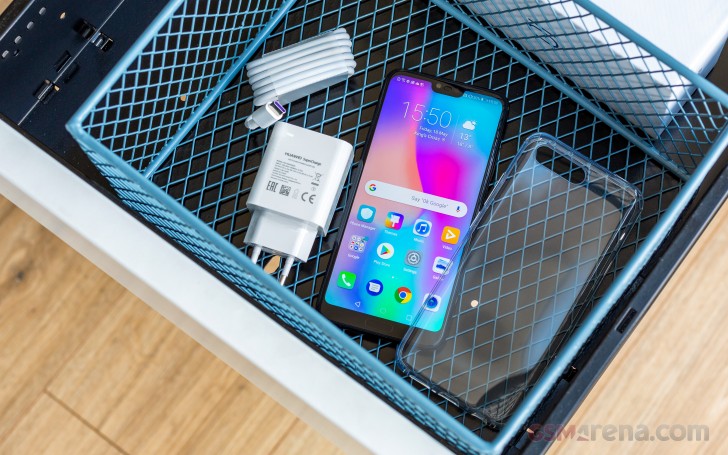 There is also a transparent silicone case to keep that glossy curvy back safe from scratches.