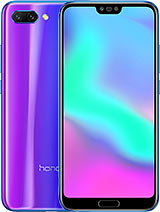 Unable to update to even EMUI 9.1. HiCare doesn't show any update available and systame update as well. I bought in the USA, but use it with a Mexican SiM card have been doing updates well only into 9.0.0.245 but no options after that.

Anyone else has the same antutu rating of 200k after 2 yrs with this phone?, mine currently is at 130k-150k alright, almost half the speed from Antutu rating before. Or is it because I'm already using v8 instead of v7?. Is this considered a slow down of the phone alright?

I'm still stuck at emui 9. I guess they don't have a good support for their south east asian market. Not buying honor again, tired of waiting for emui 10.

Anyone else having software sided ghost touch issue? Been having on and off between updates since 9.0 but now its been consistent for months. EMUI 10 update did not seem to fix it, and I could not find anyone else that has the issue.

The battery life is slightly improved in EMUI 10 you can feel after take shot and record video
audio histen you can choose the best setting headset suit for u
lack night shot camera still more noise and lack detail sad...... if not, be best hp small&light

My original earphone volume is too low how i fix that? Any one have the same proplem

claantonio01, 14 Jun 2020From what country are you from? Middle East

So I got the EMUI 10 update, around 4.7 gbs.
As I can tell :
-The performance is WAY smoother than before.
-The battery life is slightly improved (I had 4 hours of SOT w EMUI 9 and now it's around 5).
-Dark mode is clean.
-AppAssistant is improved too, you can now swipe left and open a small tab to open another app (Whatsapp, facebook...) or activate "Do not disturb" mode quickly, GPU turbo is also improved (I play PUBG)
-The notifications are also improved and there is now "Silenced notifications"
So yeah overall I would suggest updating it!

amnurmela, 02 Jun 2020yes, same problem, same place. Mine have on the top right corner to but us smaller. When gets hot the spot is getting bigger.

Bobby, 21 May 2020There is a yellow stain on the left edge of the display. Do... moreyes, same problem, same place.

There is a yellow stain on the left edge of the display. Does anyone have a similar problem?

There is a yellow stain on the left edge of the display. Does anyone have a similar problem?

Any idea when EMUI 10 will hit the UK. Is there a manual way to install it?

still stuck on EMUI 9.1,hope to receive the EMUI 10 update as soon as possible

Ots mid April already and I havent received any emui 10 update. My mom and dad got theirs yesterday and they have honor 8x . Any idea anyone?

pane, 01 Apr 2020To prolong the life of your battery pack, keep these tips i... moreOh wow. Thankyou so much for the tips and info youve given. Id make sure i make use of it.

A.D., 10 Apr 2020Wondering when we will get official emui 10 update in Malay... moreDon't know about your region but in Europe (Germany in pertucular) they said that the update will be pushed by the end of May