The Honor 20 series were launched in London in the midst of a trade war between the United States and China, taking Huawei’s business as a hostage during the negotiations. The 20 Pro got a special Moschino edition, but a launch date wasn’t announced.

Finally the gaudy units are ready though as they were listed for sale on Vmall.com - Huawei’s own online store. The phone comes with a new design and an updated price tag, and will be launched in its first flash sale tomorrow - July 2. 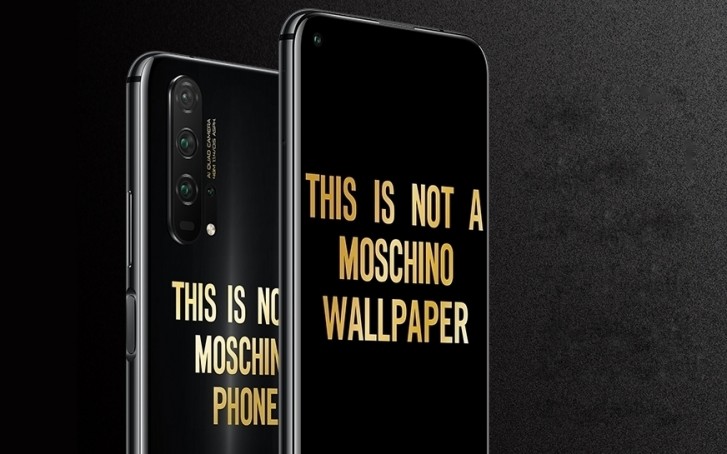 The new device is essentially an Honor 20 Pro in Phantom Black color but with a golden sign on the back, saying “THIS IS NOT A MOSCHINO PHONE”. The front panel is pictured with “THIS IS NOT A MOSCHINO WALLPAPER”, but make no mistake - this is exactly what it is - a Moschino branded smartphone with a Moschino-branded theme. It is a regular Honor 20 Pro on the inside - 8 GB RAM, 256 GB storage, Kirin 980 chipset and four cameras on the back. 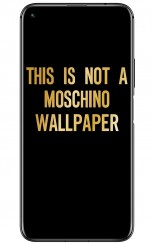 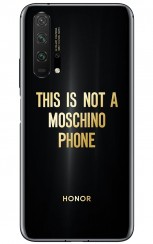 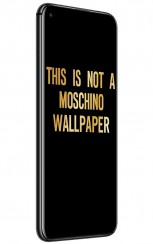 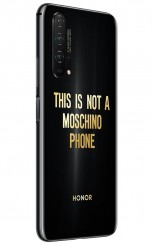 The phone has one memory option and therefore one price tag - CNY3,799 ($555/€490). This is about $50 more expensive than the regular Honor 20 Pro in Phantom Black, but people who pre-order now can win tickets for the Singapore Formula One Grand Prix as a bonus. Just for comparison, General Admission tickets for the race in October range from €150 to €600.

This is not a stupid idea for bubble headed people

Winning the tickets would be nice but who pays the trip??? It wont come cheap.

you could easily put a sticker on the back and download the wallpaper from the internet and have the same result. This is really disappointing.