This is Honor's first smartphone in Europe since its separation from Huawei, but it feels oddly familiar. That's because the Honor 50 is an almost identical twin of the recently reviewed Huawei nova 9 but with two key differences. The main camera is upgraded to 108MP, and it comes with Google's Mobile Services. And since those two were the main complaints in the nova 9 review, we can definitely see the potential in the Honor 50.

Still, you may be able to take Honor out of Huawei, but it's likely harder to take Huawei out of Honor. These two phones share not only the hardware, but the software look alike as well. There are some small deviations from the original EMUI formula, though.

Also, since Honor has access to all of Qualcomm's hardware, the handset supports 5G connectivity - an important feature for those looking for future-proofing. Perhaps the €30 premium Honor is asking over the nova 9 is rather reasonable.

Honor 50 specs at a glance:

However, the question of whether Honor's new re-entry in the European market is going to be successful still remains. The Honor 50 exudes that typical Huawei notion, and perhaps that's not a bad thing. Now, Huawei and Honor fans can have the best of both worlds - a familiar experience with GMS on top.

The rather proficient hardware of the Honor 50, such as the 6.57-inch 10-bit OLED, the 108MP main camera, the speedy 66W charging and the lightweight design, make us think this would be an easy recommendation. We would refrain from giving our verdict before going through the usual tests and seeing what the competition has to offer. So join us in the next pages to find out.

The handset comes in a standard retail package carrying the appropriate 66W wall charger and a USB-C to USB-A cable for charging and data transfer. 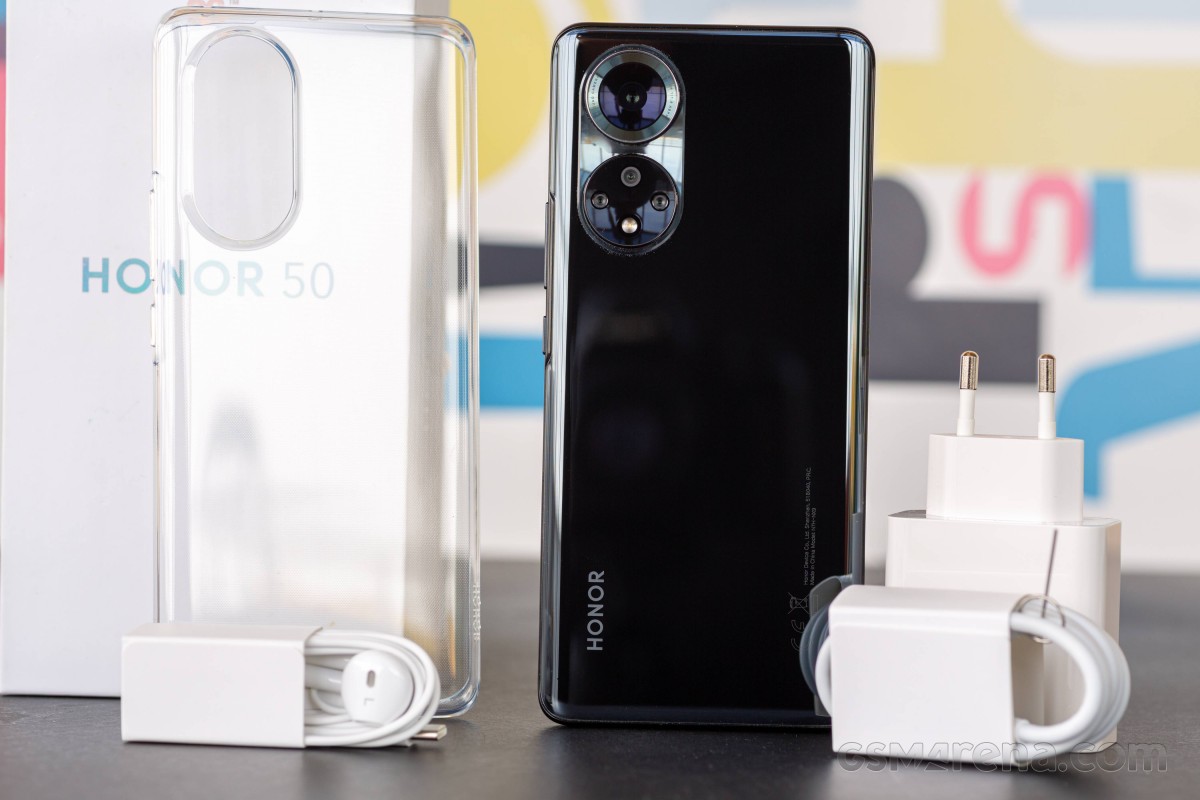 Honor threw in a transparent silicone case as well as wired earphones with USB-C since the handset doesn't have a 3.5mm audio jack.

Between honor 50 and mi 12x which one is better for photography?