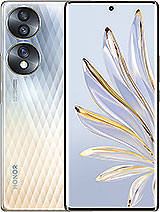 Anonymous, 28 Aug 2022No SD card, no audio jack, thanks no buy garbage.Says a person who has nothing bad to say about this phone.

Ali2020, 04 Sep 2022AMOLED phones change tonality at 180° while LCD phones not.... moreYou must be buying really terrible phones or OLED panels then because my dad and 3 other mates have 50 inch 4k OLED tvs, never seen such clarity and tonally even greys and blacks while reproducing accurate colours, better than any IPS LCD ive seen including in stores on QLED screens and I've got a completely perfectly calibrated BenQ 4k 32 inch IPS monitor that can do 10 bit colour (so theoretically should destroy any OLED 4k TV or phone in your words when it doesn't).

I'm also literally looking at my phone side on, it's the exact same viewing at the side as it is front with no degrdation on so again no idea where you're getting this information from? (Oppo Find X5 is my phone, was the same with my old pixel 6 pro just wasn't as tonally natural as my 10 bit find X5 and my old P40 pro didn't have any issues either and was as clear as a kindle).

Also I've bought 2 products with IPS panels in the past, the Sony vaio duo (one of the 1st convertible laptops) and a lenovo tab and both came with burn in on the screen but I've only had 1 OLED screen with burn in and it was 2nd hand LG g5 that wasnt in great condition (had multiple 2nd hand tvs and seen other people's LCD tvs with burn in too so that's a myth LCDs can't get it) you also don't get ghosting on OLEDs which all LCDs do to some degree.

As a content viewer, as a gamer or using it in a phone an OLED is far far superior in almost every single aspect. I guess linus from linustechtips and his employees are wrong too even though they get any laptop, TV or phone they want that cost thousands to tens of thousands, and all agree OLED is just far superior on a laptop, TV or phone (reason companies are starting to create miniLED and QLED screens is literally to fix the permanent downfalls of LCD and to get them comparable to OLED tech).

Anonymous, 03 Sep 2022bUt it's OkAy iF it an iPhOooonEeee 😆😆😆 Keep up making these dog crap comments on your parents basement 😀👍

Super Android 22, 03 Sep 2022Lcd better than oled, in which reality? OLEDs have true bla... moreAMOLED phones change tonality at 180° while LCD phones not. Colours are more natural on LCD screens too. AMOLED have perfect blacks but do not have perfect greys or any colour that needs to be blended with white on the other hand LCD have perfect whites. I don't know why but contrast and perfect blacks are not that important even though that's what their marketing tells us

Ali2020, 03 Sep 2022It looks good. The only two things that I don't like a... moreTrue.. A good calibrated LCD is anyday better than AMOLED which produces fake colours..

Super Android 22, 03 Sep 2022Lcd better than oled, in which reality? OLEDs have true bla... moreI said you. LCD is better than OLED. Because LCD is long lasting than OLED. OLED color is never true to life. LCD is batter color spectrum. OLED color have ever saturated or wrong way color. And OLED burn in error is very depressingly. LCD is more durable than OLED. LCD is more cheaper and easy to produce.

Ali2020, 03 Sep 2022It looks good. The only two things that I don't like a... moreLcd better than oled, in which reality? OLEDs have true blacks, it literally turns the pixels off to achieve this instead of having a constant back-light bleeding through so no sense there. Only thing you basically got right is they can be more expensive to manufacture.


Also OLEDs have better energy efficiency unless you run it at full brightness with only white backgrounds. Multiple phones on the market that have perfect colour calibration aswell including my Oppo find X5 and iPhone 13 pro/Pro max to name a couple, which are oled (plenty more oled phones aswell) Oh and OLED have the best input latency/GTG response, absolutely destroys any LCD type like IPS and VA. Also OLED have completely better contrast which is like 2,000,000:1 (essentially infinite contrast). You even say LCDs have better viewing angles which they don't, pretty sure OLEDs can have 180 degree viewing angles (so side on viewing) which I've never seen any LCD able to do that (maybe QLED or similar LED design which are more expensive).

Also sausage design, what sausages do you know that are rectangle? If you're eating rectangle sausages then I don't think they are sausages lol.

It looks good. The only two things that I don't like are the sausage design and the AMOLED display, these two comprises are present in all current smartphones. Even the majority of people like AMOLED displays I am convinced that they are inferior to the LCD ones (expensive to make, terrible angle of vision which gets greenish as your turn your phone, eyes tiring, terrible colour accuracy, whites are never white (AMOLED just can't reproduce white colour), absolute blacks (overrated), and many more.

Sausage design it's the new industry standard and it became the norm since 2019.

Anonymous, 28 Aug 2022No SD card, no audio jack, thanks no buy garbage.bUt it's OkAy iF it an iPhOooonEeee 😆😆😆

Anonymous, 22 Aug 2022You are joking right? Samsung midranges quality is poor as... moreGood luck with dropping Honor 70 since Samsung sucks...

Come on Honor stereo speakers are a mandatory now.

OpposedScroll75, 02 Sep 2022Why you so scared of depth sensors? Why do you ask such a loaded question?

Don't worry, not even worth 200, and is still Huawei I heard

RealLifePhones, 28 Aug 2022If they saved the 2MP useless depth camera the design could... moreWhy you so scared of depth sensors?

sree, 30 Aug 2022Dont buy xiomi..its full bugsFirst up:
Snapdragon 778G vs 778G+ (Honor 70)
Then:
A 4300mAh battery with worse results than the Xiaomi 11 Lite 5G NE vs a 4800mAh battery with Huawei optimizations in Magic UI
Flat vs Curved display,also the Honor has 1920Hz PMW Dimming to protect your eyesight
The Samsung HM2 sensor sucks in nighttime shots meanwhile the Sony IMX800 sensor in the Honor is better than the camera on phones such as the Oppo Reno 6 and the Asus Zenfone 9,all of which have Sony IMX766 sensors (comparable to and/or better than the Samsung HM2)
MIUI doesn't hold a candle when compared to Magic UI (reskined EMUI)
Plastic vs Glass on the back
The Xiaomi 12 Lite is undoubtedly worse

Vanthegrape, 28 Aug 2022My dear if u want a phone with all those options then you s... moreLike xperia 1iv very cheap