Huawei’s subsidiary is launching the Honor 8X as a successor of the Honor 7X, but this time a bigger variant will appear as well. It will be named Honor 8X Max and will have a Snapdragon 660, according to an earlier benchmark.

Now we know all the key specs of the phone thanks to some leaked promo images. The Honor 8X Max is also listed on the Chinese online retailer JD.com, revealing itself from all sides in the official renders. 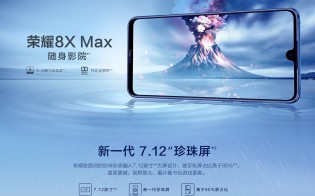 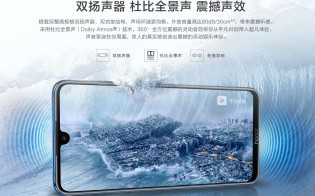 The phone will have a humongous 7.12” screen with a waterdrop notch for the selfie camera, while the earpiece will stay in the top bezel. It will also do the job of a secondary speaker for the Dolby Atmos-ehnanced sound. Honor says it will have over 90% screen-to-body ratio and would be as big as a “conventional” 6.3” phone. 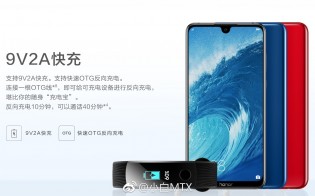 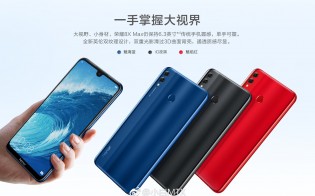 The new device will come with 18W quick charging. It is not the Huawei Super Charge techology that allows up to 22.5W, but is still impressive enough to allow 40 minutes of calls with a quick 10-minute charge, according to the promo images. 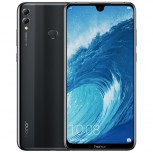 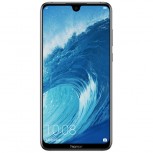 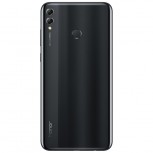 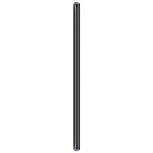 The JD.com listing reveals plenty of specs of the Honor 8X Max, including a storage option and the dimensions. A variant with 4 GB RAM and 64 GB storage is listed for a dummy price of CNY9,998 (that is equal to over $1,400/€1,200), but the company will most likely announce more memory combos at the launch event next Wednesday. 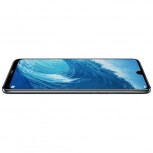 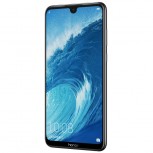 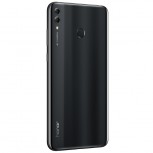 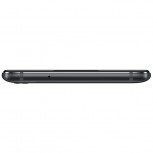 The dimensions are 177.6 x 86.3 x 8.1 mm with a massive weight of 210 grams and the color options are three - Blue, Black, and Red. The good news is there is a 3.5 mm audio jack on the bottom. The bad news - it will arrive with microUSB port, raising the question what year is it anyway.

But where is the ambient light sensor and proximity sensor? Is there seriously place for it next to the camera notch? That is awesome.

Even the bezel less Find X is big. I doubt it any smaller than that. Wait until Huawei will convinced you 6inch is a mini phone. Lol.

I've seen some news said the soc would be Kirin 710.