Honor officially confirmed that the Honor 8X will arrive on September 5 in two variants - a standard one and an oversized version called 8X Max. Rumor has it, the diagonal on the Max is going to be 7.12" beating even the Xiaomi Mi Max 3.

Now a screenshot is circling around Weibo taken from Master Lu Chinese benchmark confirming the Snapdragon 660 on board. It was previously thought that the device will sport either SD636 or SD660 and now we have some solid evidence that it's going to be the latter. 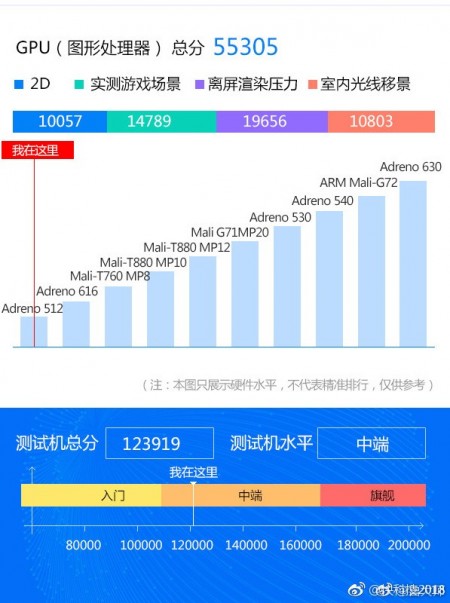 How do we know it's the Honor 8X? The model number ARE-AL00 matches the one leaked in the TENAA report last week. The new information also adds 4GB of RAM, 1080 x 2244 pixel display - likely with a V-shaped notch - and 16MP + 2MP camera setup on the back into the mix. The notch houses an 8MP sensor while the previous reports point to a 4,900 mAh battery.

The release date isn't far-off so we will know the full specs soon enough.

I'm surprised, I expected 710. They seem to use snapdragon in a few phones every year I wonder if its part of their royalty deal.

So... this 8X Max will have a better SoC than Mi Max 3 but battery life might be less good... Price will determine if it'll be a better option than Mi Max 3