Honor 9 to be unveiled on June 12 in Shanghai

Honor 9 was rumored to be launched on June 20, but apparently we'll get to see it even earlier. The official launch will happen on June 12 at a special event in Shanghai, a leaked poster reveals. 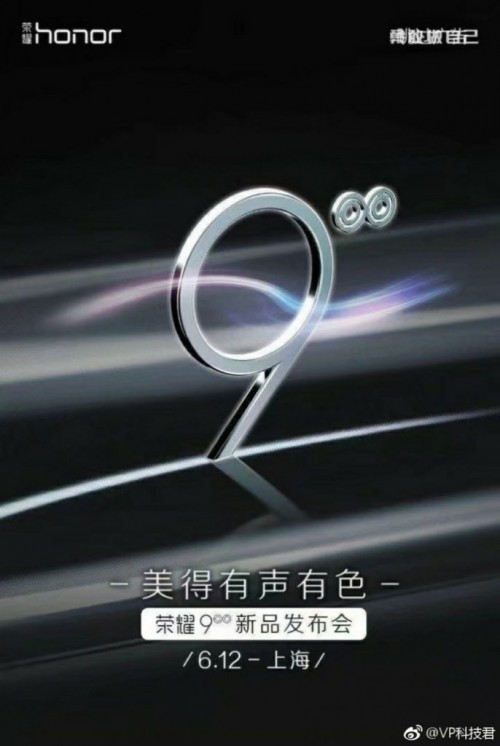 The image has a big number 9 along with the typical Honor logo for dual-camera setup. Under the digit a slogan roughly says “Beautiful and Colorful”, hinting at a vivid gamma of phone colors, which we already saw.

Then the image gives more details about the date and informs that the launch will likely at the Shanghai International Conference Center.

According to previous leaks, the Honor 9 would come with minor specs improvements over the Honor 8, but the biggest surprise might be omitting the headphone jack.

Countdown has begin for the honor 9. Let see what specs it will come from the house of huawei. Hope to see new cool stuff. I am pretty shower that we will get 6 gb ram and 64 gb storage and a 2k display.

No 3.5 mm headphone jack is a huge deal-breaker!

what's the big deal without no headphone jack, if u dun like new technologies, just stick with your old phone, if battery died, just get them replaced so that you can keep using it.