Honor and Huawei have been doing a good amount of cross-pollination with renaming some smartphones for other markets. This time, Honor is announcing a new smartphone for the European market. The Honor 8 Pro is a rebranded device that is otherwise known as the Honor V9 in China.

The Honor 8 Pro is the best performing Honor smartphone to date, redefining large-screen smartphones by wrapping its outstanding features in an ultra-thin minimalist design. – George Zhao, President of Honor

Honor is really blurring the line between its two brands with this smartphone. While Honor has been keener about being a hyper-value brand, this is the first smartphone to break the €500+ price range. By contrast, last year’s priciest device from Honor was the Honor 8, it was priced at €400 when it launched last summer. 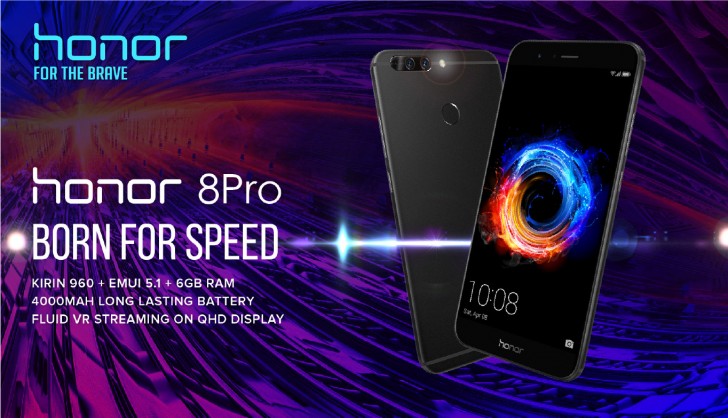 The Honor 8 Pro features a QHD 5.7-inch display, which trumps the Mate 9 in terms of resolution. Performance-wise, the Honor 8 Pro packs the Kirin 960. That’s the same CPU found in the Huawei Mate 9 and the more recent Huawei P10, not to mention, the Honor 8 Pro also makes use of 6GB of RAM and will come with 64GB of internal storage.

The Honor 8 Pro has the same camera setup that’s found on the Honor 8: a dual-12MP camera setup adorns the backside, along with the fingerprint scanner (which doesn’t feature the Honor 8’s Smart Key), the former of which sits flush against the back of the phone, no camera hump! Supplying power to the large 5.7-inch display, the 6.97mm-thick device will pack a 4,000 mAh battery which Honor claims can last up to “2 days of regular use” or “1.44 days of heavy use”. 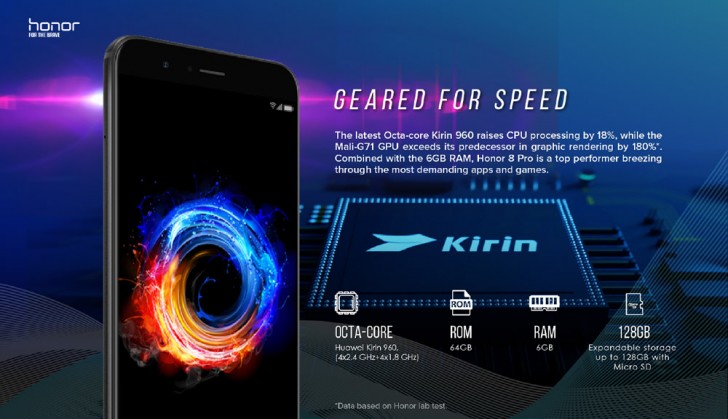 Also debuting on the new 8 Pro is a new game called: Galaxy on Fire 3, which actually sounds like a Galaxy Note7 joke.

The Honor 8 pro is launching in UK, France, Germany, Italy, Spain, and Switzerland. It costs £475 in the UK and €549 in mainland Europe with pre-orders available now through www.vmall.eu. Depending on your market, you can also snag a free Honor Gift Set with your pre-order. This includes your choice of a 128GB microSD card or Honor Power Bank, in addition to an Honor Tripod/Selfie Stick.

Honor V9 coming to Europe as the Honor 8 Pro

Honor V9 to be available outside China as Honor 8 Pro

Indeed I like this phone but I wish it did not break the €500 price tag. Seriously, this phone should be €499. The International business people will go the China to buy the phones and when the go to their country they add taxes and plan fares. Then ...

LOL at the GoF3 joke. But hey, that is one of the Benchmark games if I'm not mistaken, considering the spec demands of the game, then it could simply mean that Kirins are moving towards that direction of high-end gaming.

I usually like Huawei, but this one is a bit confusing to me. It's too close to P10 Plus. Very similar insides with slightly worse camera, but a bit better sound, larger screen and the battery. Price difference? €549 Honor 8 Pro, €699 P10 Plus. That'...