Honor will launch the Magic3 smartphone on August 12, as confirmed earlier. The device is going to be among the first smartphones with a Snapdragon 888 Plus chipset, and thanks to a new video on Weibo, we also know it will have a dual selfie camera in a pill-shaped punch hole. 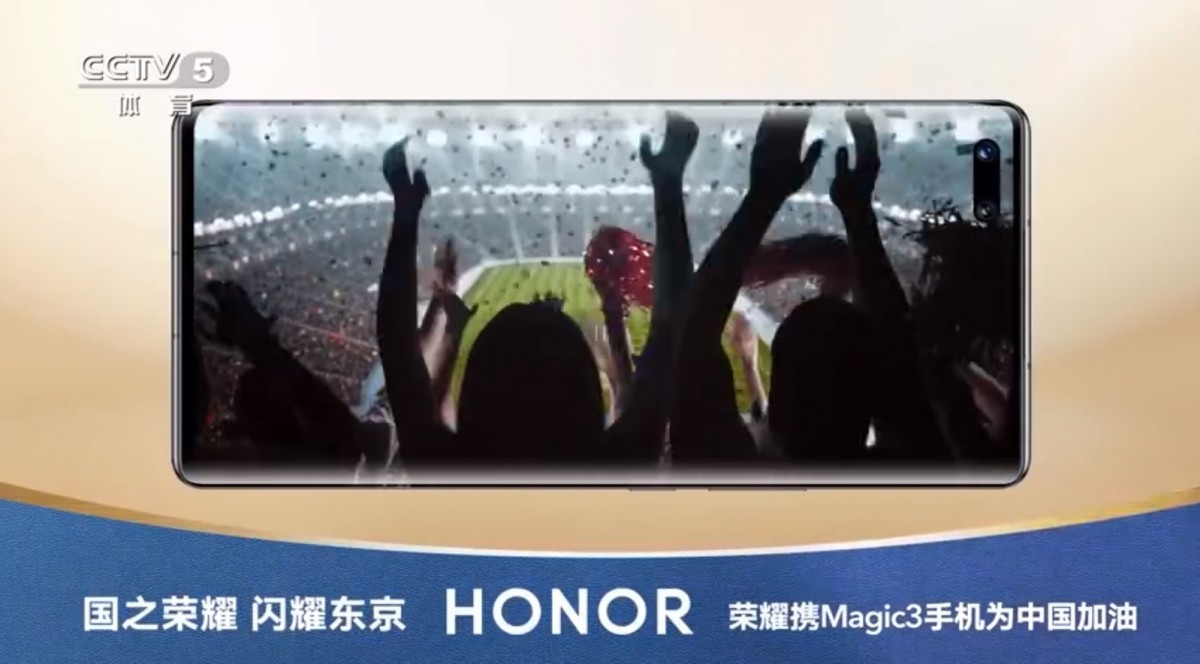 The short 20-second clip is an ad playing on one of the state TV channels CCTV5, supporting the Chinese athletes, going to Tokyo for the Olympics. We can only see the phone from the front and we can make out a power key and the volume rocker on the right-hand side, as well as a 2.5D curved glass on top of the OLED panel.

There is a bit of room between the two camera lenses, suggesting a ToF 3D sensor for facial recognition and better selfie cameras - Honor probably learned this technology from the P40 Pro and Mate 40 Pro series by Huawei. After all, they are now completely independent from each other and aren’t borrowing ideas from each other at all.

Honor to hold a global press conference on August 12

Oups, I replied to myself, I clicked on the wrong "reply" button xD

Exactly! The mechanism is really simple. The display quality isn't compromised (there isn't even a millimeter of difference between the position of the two displays). The selfie quality is totally normal. There is privacy as the ...