The Honor Magic4 series was announced for the global market in February, ahead of the announcement for the domestic market. That came today and it was worth waiting for since the company unveiled one more model – the top of the line Honor Magic 4 Ultimate Edition. 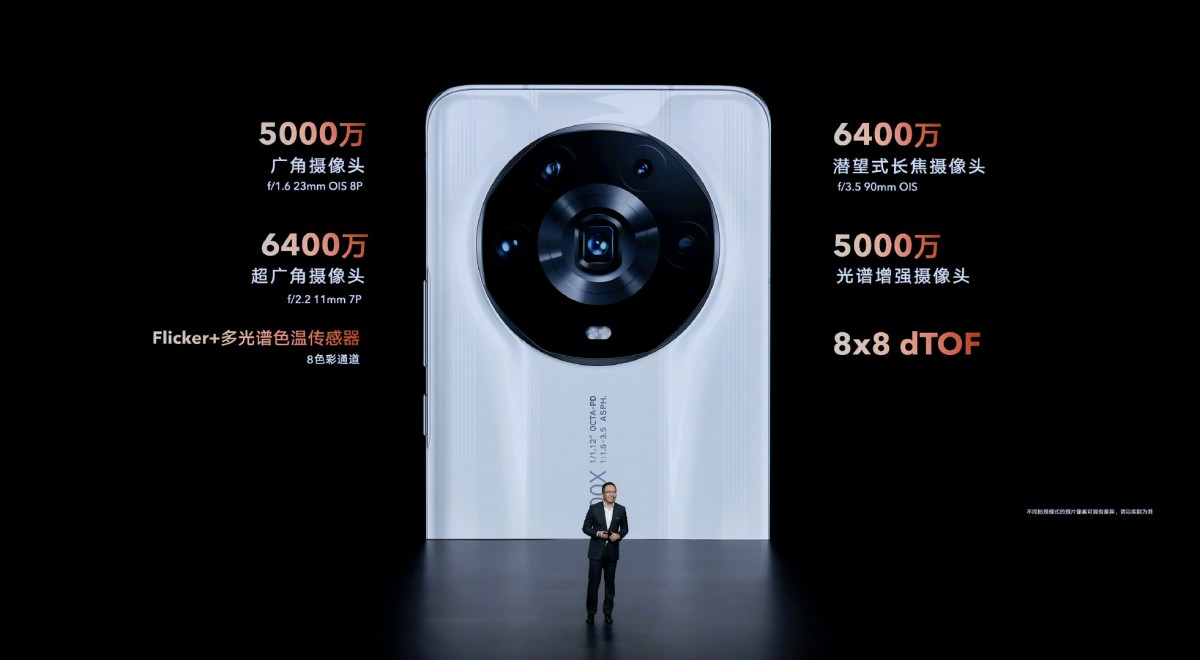 The Ultimate edition camera is so good it can rival cameras with 1” sensors and f/1.8 lenses, says Honor. DXOMark tested the phone and awarded it 146 points, topping the previous leader, Huawei P50 Pro, by 2 points. 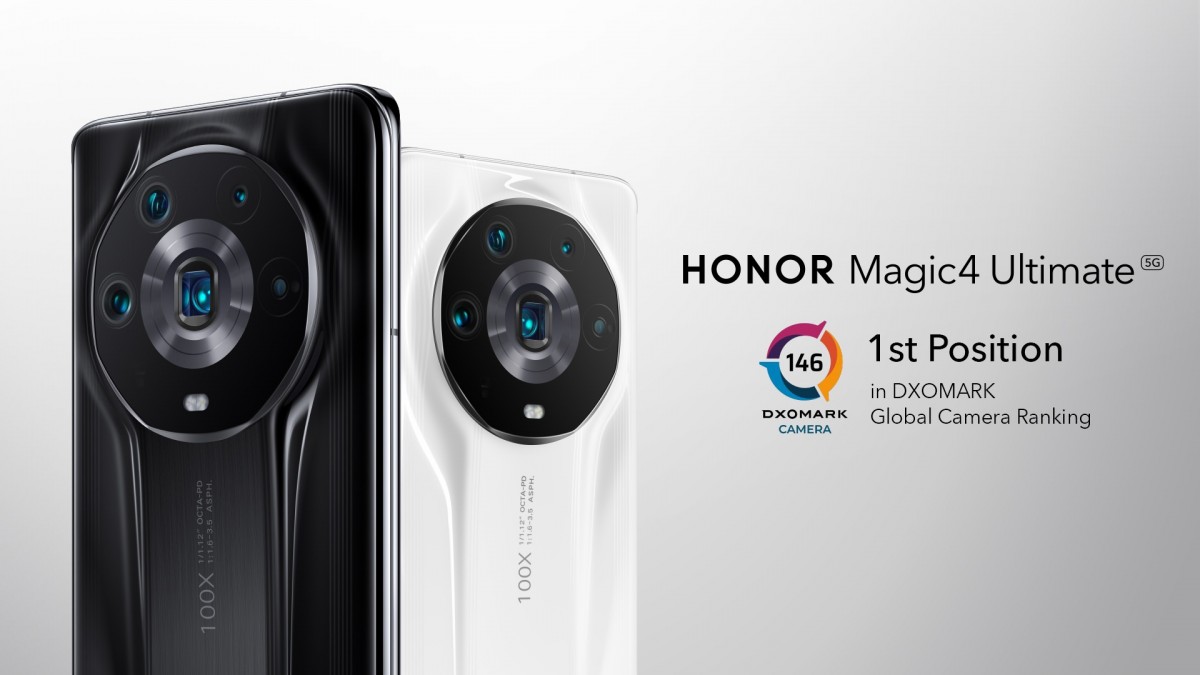 The rest of the camera hardware is mostly unchanged, including the 64 MP telephoto camera (1/2” sensor) with a 90 mm lens with OIS (3.5x optical magnification). Then there’s the 8x8 dToF sensor and an 8-channel sensor that detects the color temperature of ambient light and any flicker from artificial lighting. The selfie camera uses the same 12 MP sensor and 100° wide lens, next to it is a 3D depth sensor for face recognition. 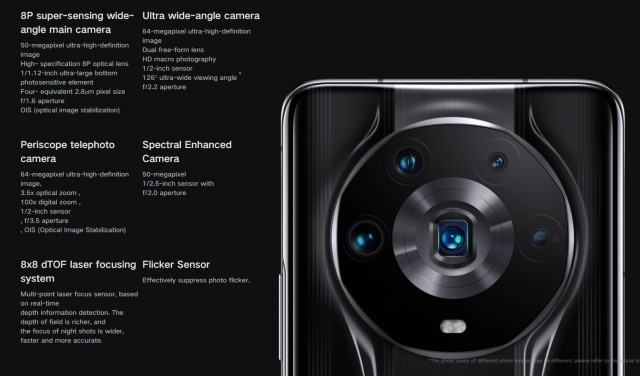 More details on the camera, you'll have to zoom in as there's a lot of info

The beefed up cameras are supported by a custom image processor, designed specifically for this phone. It offers 28.8 TOPS peak performance with a power efficiency of 13.4 TOPS per Watt. It processes imagery from the camera in 20-bits per channel and offers 4K night mode with live preview. 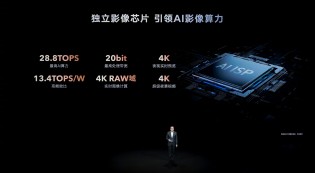 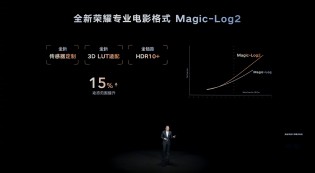 The ISP introduces support for the so-called Magic-Log2 video format that offers 15% higher dynamic range. It also supports 3D LUTS and is fast enough to record 4K video at 60 fps in a 10-bit Log format.

Camera hardware aside, the Honor Magic4 Ultimate Edition follows the Magic4 Pro recipe. It is powered by the Snapdragon 8 Gen 1 chipset, which is equipped with 12 GB of RAM and 512 GB storage. It runs Android 12 with Magic UI 6.0. 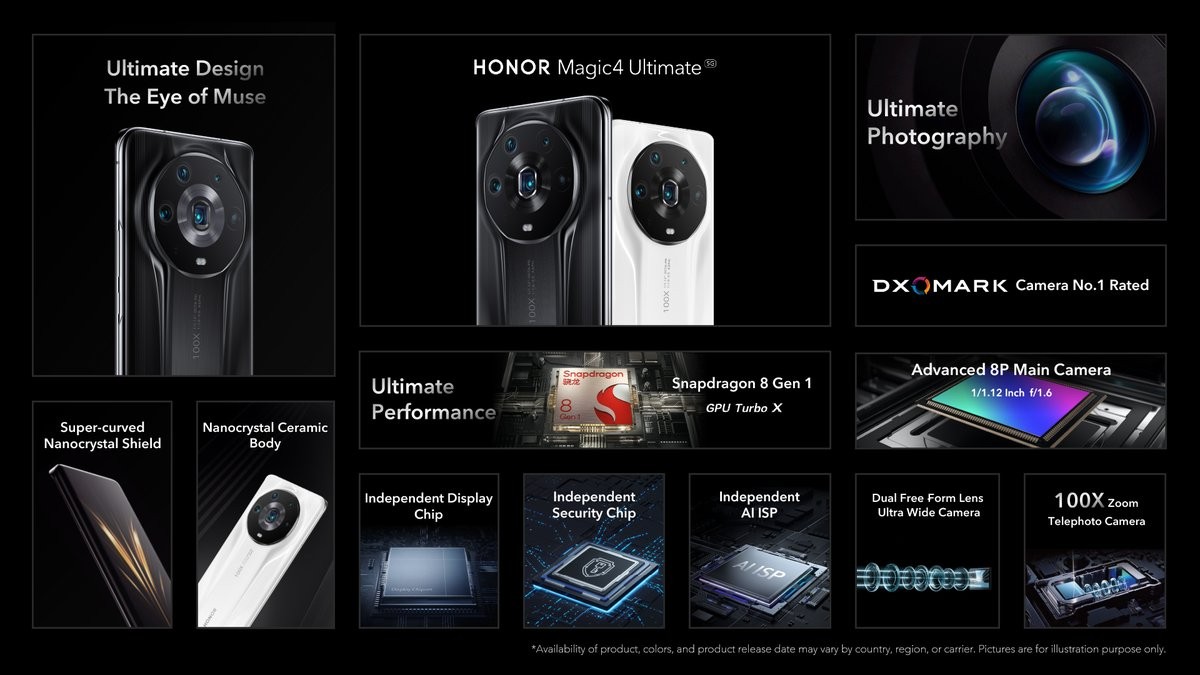 Prices and launch dates for the Honor Magic4 series

Beware of buying these on some of the Chinese mass-products' sites; many phones are lookalikes with toytown guts. That said; if they can get them to Amazon Japan prime, ..... But, I guess that will take around a year again.

Octa PD autofocus is very insignificant compared to sensor size, so it might as well be the same sensor.