Honor MagicBook 14 and 15.6 are going international

Alongside the global debuts of two of its phones Honor also announced it's bring its latest MagicBook ultrabooks out of China. These are the same models that were unveiled back in November, last year. Also, technically quite similar to Huawei's MateBook D duo of laptops, which are already available in the UK. 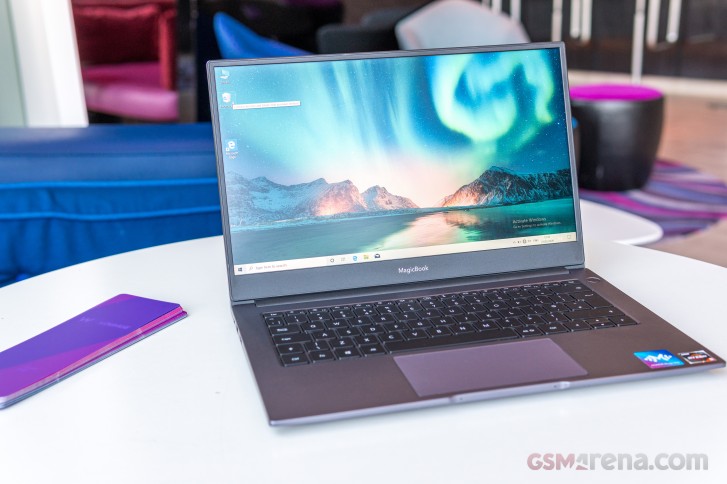 As a quick refresher, the Honor MagicBook is available in a 14-inch and a 15.6-inch display variant, like the model names suggest. Both feature 1080p IPS panels with 16:9 aspect and cool design. Yes, even though MWC 2020 is technically not happening, Honor still brought some tech to Barcelona, including the MagicBooks, which we managed to check-out briefly.

The two size variants tip the scale at 1.38kg and 1.53kg, respectively and measure 15.9mm and 16.9mm in thickness. The Space Gray finish we saw in person looked really slick and clean and we can only imagine the same to be true for the Mystic Silver alternative.

Dimensions are definitely not paradigm-shifting, but on the flip side, the chassis Honor has crafted feels really solid. Deck flex is controlled well. The screen assembly holds-up pretty well in that regard as well. Plus, you are getting solid of performance and battery backup with both models.

Interestingly enough, the MagicBook 14 packs the larger 56Wh battery, while its bigger sibling settles for a 42W one. Charging is done via USB PD at 65W, through the single Type-C port, with a promised 0% to 46% charge in 30 minutes. Honor also claims a full battery will get you 9.5 hours of video playback.

Sucking-up said juice, or rather sipping it lightly is either an AMD Ryzen 3500U or 3700U. Both are based on AMD's Zen+ architecture and built on a 12nm process. They come with the integrated AMD Vega 8 and Vega 10 graphics, respectively.

Putting the finishing touches on both models, you do get a very reasonable amount on I/O, especially for modern ultrabook standards. That includes two full-sized USB Type-A ports (one USB 2.0 and one 3.0) alongside the Type-C port we already mentioned. Also - a full-sized HDMI port and a 3.5mm combo audio and microphone jack.

The power button on the MagicBook houses a fingerprint reader, which Honor is marketing as a nifty security feature, along with the webcam placement underneath, a key on the F-row. You have to press it for the camera to pop-out and be usable. 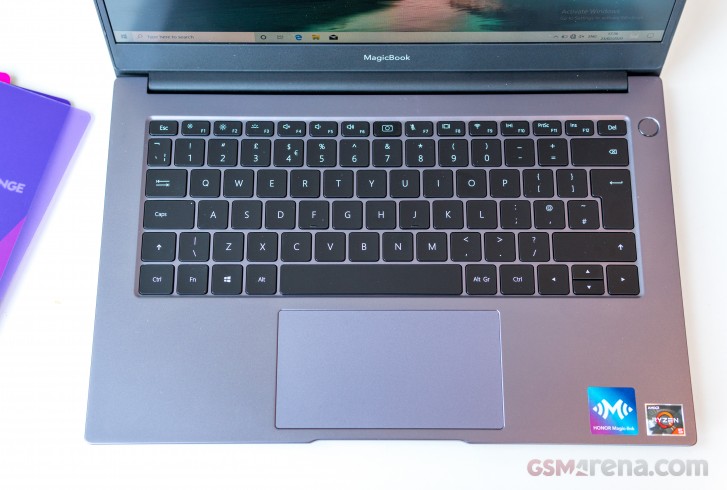 None of this is really new to Honor's domestic market, though, where the MagicBook pair has been available for a good few months now. The new and exciting bit today is that the laptops are coming to Europe. UK, Germany, France and the Check Republic are among the first markets that will be getting the Honor ultrabooks by the end of March.

For now, pricing is only vaguely set at a minimum of EUR600. That should be getting you an 8GB RAM 256GB SSD and a Ryzen 3500U inside the MagicBook 14. It is worth noting that the unit we checked-out was running Windows 10, since Honor did manage to secure a licence for the US OS. However, Linux versions of the MateBook do exist in China as well, so this starting price might be for a Linux-running unit. That part should be cleared-up once MagicBooks actually start popping-up in European stores.

Why the outdated AMD CPUs?