A couple of new posters for the Honor View 20 launch have surfaced on Weibo. The first one mentions that the new View 20 is going to feature advanced GPS as debuted on the Huawei Mate 20 Pro for more accurate GPS tracking, particularly while going for a run but should help navigation in cities with tall buildings that block signals. 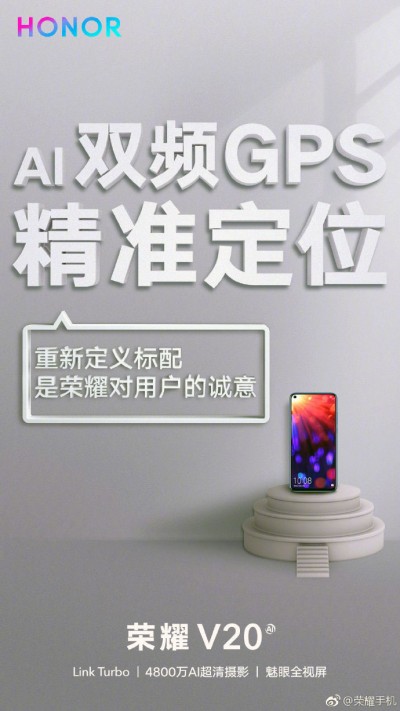 The other poster reveals that the View 20 will have a camera capable of taking 960fps videos. The Huawei P20 series was the first smartphone from Huawei to be able to record at this high a frame rate. It continued with the Mate 20 Pro and now that the View 20 will use a Kirin 980 CPU, it only makes to support this feature in the Honor flagship model. 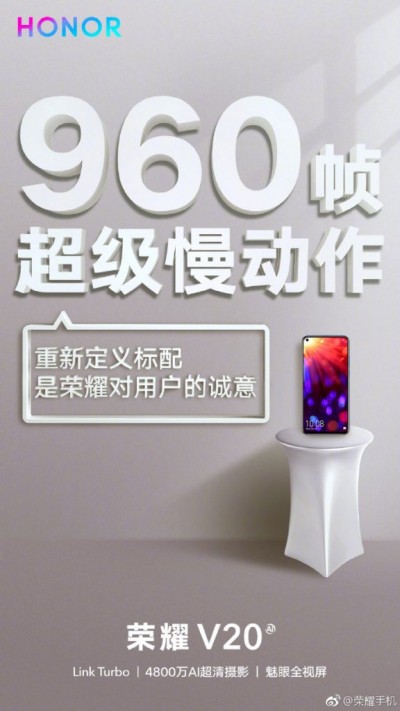 The View 20 is also expected to come with at least 6GB of RAM and either 64GB or 128GB of storage. This is also one of the first phones ever to come with a hole-punch selfie camera with a 6.39-inch AMOLED screen, a triple camera setup, and a 25MP front-facing camera. We wonder if this triple camera will also use a 40MP sensor like the Mate 20 Pro and P20 Pro or indeed have a higher-res 48P sensor.

Two other posters have also revealed a 25MP front camera and a 4,000 mAh battery.

There have also been rumors and a leaked render for a Maserati Edition View 20. The View 20 is expected to be officially announced on December 26 running Android 9.0 Pie running EMUI 9.0 on top. It might be available in blue, black, and red. We hope to hear about North American availability for the View 20 during CES but with the current political climate, it’s difficult to tell.

Hoping the stabilization in the camera is as good as that in Mate 20 pro. I really look forward to having one of this phone.

and why would i be running around whilst taking a slow mo video?

Basically, the honor 960fps super slow motion could be only entitled for 720p.