HTC's history with cameras on its flagships has been a mixed bag. Its first attempt at delivering higher-quality camera was with the One M7, which came with a 4MP camera sensor at a time when flagships already touted 13MP cameras. HTC hoped that users would prefer a camera with bigger pixels as opposed to one in higher number of pixels, but the market showed otherwise.

Strangely, the company used the camera sensor in its next flagship as well - the One M8 - which also had a second sensor for capturing the scene depth and applying filters based on that. The market had another laugh.

With the HTC One M9 HTC returned to a conventional 20MP camera setup but it hardly had any success either as the image quality wasn't class leading. 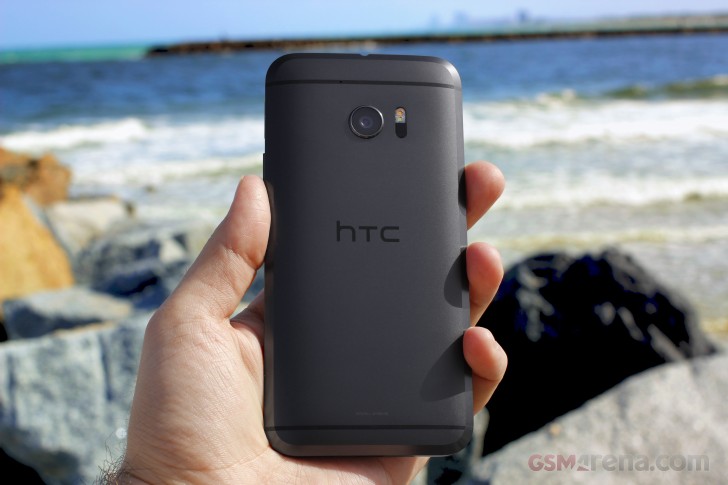 With the latest HTC 10, it claims that the 12MP camera has what they like to call UltraPixel 2.0.

The move from more pixels to bigger pixels is a trend that was resurrected in the second half of 2015 by HTC's biggest competitors. Today, all the flagship phones by Google (the Nexus partners Huawei and LG), Apple, Samsung have 12MP cameras.

The original UltraPixel camera had 2µm pixels but they were only 4MP in total. So pictures came out great but cropping any of them resulted in pixelated images because of the low resolution. The new sensor has 1.55µm pixels but about 3 times as many pixels as the original 4MP sensor from the One M7 and One M8.

Looking at the specs, it seems the HTC 10 is using the same image sensor as the one on the two current Nexus phones - the Nexus 5X and the Nexus 6P. These two have the same size 1/2.3" 12MP camera sensor with the same size 1.55µm pixels.

The implementation on the HTC 10 however has its benefits, as it comes with Optical Stabilization System (OIS), which lacks on the Nexus phones. It also has an f/1.8 aperture, as opposed to f/2.0 on the Google-commissioned phones. The dual-tone LED flash is another special feature.

We saw a laser autofocus implementation on the Nexus phones and the HTC 10 has it too. It is for the first time, however, that we see a notification in the camera viewfinder whenever we accidentally place a finger over the laser autfocus. We kind of wish more phones did this. You have got to remember that the laser focusing aid is still limited and it barely works over distances longer than 1m from the camera.

The camera launches quickly, just a few notches slower than the Galaxy S7 edge, however, there is no hardware shortcut to quickly launch the camera like the Galaxy S7 edge's double-press of the home button. The quickest way to do so is by pressing the wake button and then slide the camera shortcut up to the middle of the lock screen.

The camera app is pretty straightforward, there are only two toggles on screen which are flash and HDR mode and between those two there is a drawer which contains all the settings and different camera modes: Slow motion, Hyperlapse, Pro, Panorama, and Zoe Camera which records 3 seconds of HD video after pressing the shutter button. This is a variation of Samsung's Motion photo or iPhone's Live photos but it's worth noting that it was HTC who came up with the original picture+video concept first back in 2013 on the HTC One M7.

The Camera app does have a manual professional mode that offers more control over your snapshots and it even offers the ability to shoot RAW images. By default, Pro mode is set to take photos in RAW mode but you can switch it to JPG if you wish. If you are using Pro mode, we assume you know what you're doing. You can change the white balance, ISO, shutter speed, and manually focus the lens. And of course since there is no way to change the fixed aperture, there is an exposure slider to compensate. You can just as easily use Pro mode and leave everything in Auto to simply take RAW images.

Here are some camera samples of the HTC 10 with varying light situations. 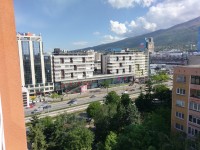 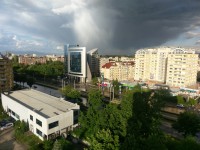 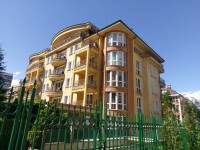 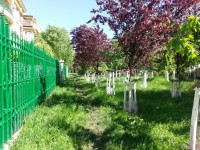 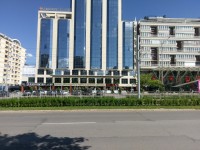 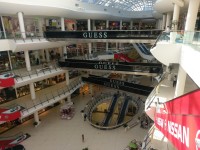 The HTC 10 performs well in many various settings of light. Some of these shots were in bright sunlight, and others, starting from the fountain, onward, were taking after the sun began setting. In some situations, the HTC 10 fails to represent the dynamic ranges in lighting such as when there is light coming from behind the subject. The Galaxy S7 edge performs better in this regard. 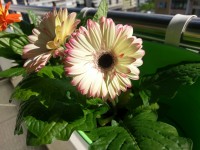 The HTC 10, is able to capture greatly accurate colors throughout, however the Samsung Galaxy S7 edge captures deeper and more vibrant colors that are more pleasing to the eye than those of the HTC 10. Speckles and noise becomes a bit apparent in the dark underexposed areas of photos.

When compared, these darker areas in photos of the Galaxy S7 edge appear sharper and more in-focus. The only photo of the HTC 10 where colors were less than desirable is the one with the fountain in the foreground. The colors went too cool and gave the scene a pink and pale haze.

Don't get us wrong, the HTC 10's camera met and exceeded our expectations. We are simply putting it to a standard that it set for itself when HTC was teasing its camera. DxOMark gave both the HTC 10 and Samsung Galaxy S7 edge the same score of 88 though we're inclined to disagree as from our experience the S7/S7 edge duo has the upper hand.

Texture details on the HTC 10 could certainly be better. The Galaxy S7 edge's dual pixel, in which every pixel can be used for focusing, has a competitive advantage in focusing speed as well.

So while the HTC 10 contains less noise in lower light situations than the Galaxy S7 edge's wavy effect in low light, the Galaxy S7 edge is able to illuminate very dark scenes better but as a result, there is noticeably more noise throughout the image.

The same effect is seen here. The Galaxy S7 edge is able to capture more light thanks to its f/1.7 aperture VS the HTC 10's f/1.8 aperture. Again, the tradeoff is the significant amount of noise seen in the Galaxy S7 edge's shot. These were some very dark scenes, probably one's you'd never intentionally take pictures of people in. But if you really had to, you have already seen the varying performances of these devices.

Photos taken with HDR look better in the dynamic range department. Shadows are brought slightly out of the dark and notice the highlights in the sky and clouds are brought down. This brings out the depth and shadows of the clouds for better general effect. The opposite effect can be seen in the palm trees. These palm trees now have more depth and overall lighting thanks to HDR more. We always recommend leaving HDR mode in AUTO in order to best capture the scenario in front.

The HTC 10 has a better performing front facing camera thanks to HTC's decision to put OIS on the front facing camera. Lighting is more representative of the actual scene than that depicted from the Galaxy S7 edge. The last selfie looks more processed coming out of the Galaxy S7 edge than the HTC 10. Again, this is really nitpicking at it, as both cameras still perfom very well, all-around. 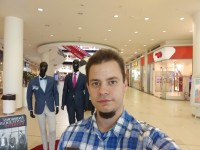 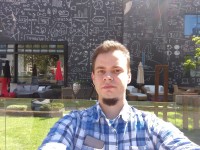 Don't forget to check out how the HTC 10 compares against other smartphones we've tested in our Photo compare tool. 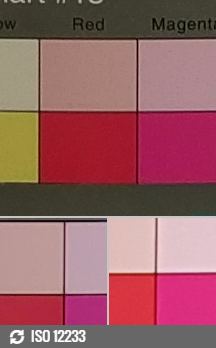 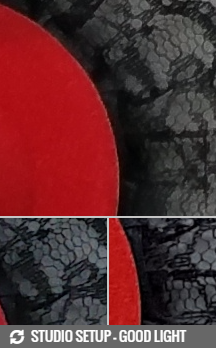 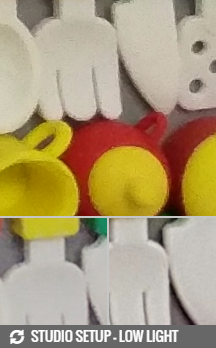 HTC 10 in our photo compare tool

The HTC 10 can pump out 720p, 1080p, or 4K videos all in 30fps, unfortunately, it does not look like there is a 60fps option on any of the video resolution settings. The 1080p videos are extra smooth thanks to the added benefit of the electronic image stabilization. It takes a slight toll on the camera's field of view, but you can always turn it off if that bugs you.

The selfie camera appears to top off at just the 1080p resolution. 4K videos are shot with a 55Mbps bitrate while 1080p videos are 20Mbps.

4K videos look great and the same color representation is maintained just as the HTC 10's photos. Details are excellent and OIS is working hard during video recording to bring us these details. In 4K mode there is no electronic image stabilization as is the case with many phones that shoot 4K these days.

Either video mode will get you smooth looking videos with the occasional refocus, depending on what you're filing, of course. No major complaints with the video quality.

Finally, here's the HTC 10 in our Video compare tool. 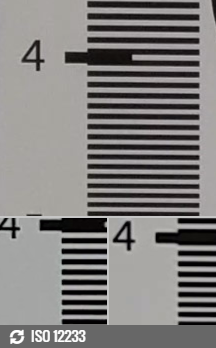 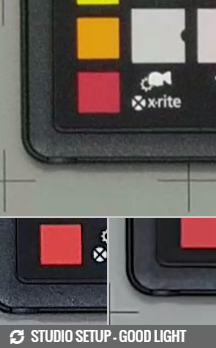 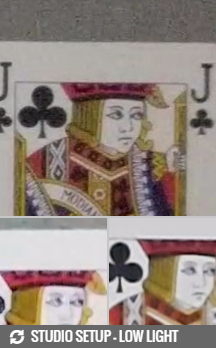 HTC 10 in our video compare tool