It would be a safe guess to say that revenues have likely been boosted by shipments to Google of the recently launched Google Pixel 2 which HTC manufactures.

However, the big picture is less positive as this represents a 30% decline Year-On-Year. 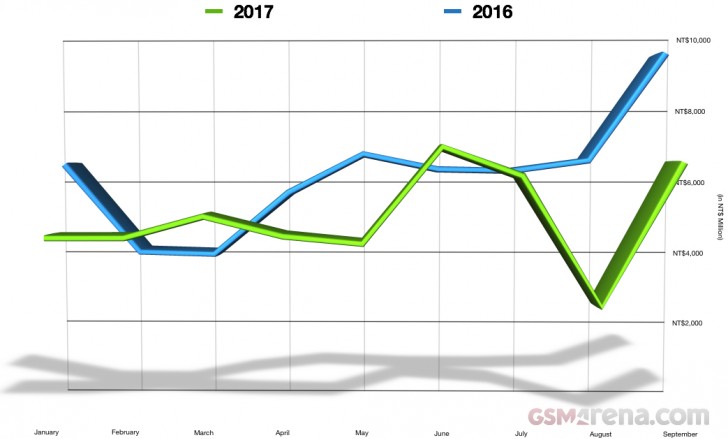 Let's see if HTC can finish the year strong as it's rumored to be launching several new phones before the year is out, one of those allegedly will be the U11 Plus, widely tipped to be the first HTC handset to make the leap to a 18:9 aspect ratio display with minimal bezels.

It could also be postulated that HTC is seeing additional revenues following its recent price reduction of the HTC Vive VR Headset, whilst the new rumored headset ensures that HTC isn't standing still in this category.

Year to date HTC has seen total revenues of NT$46.3 bn, which represents a 17% decline Year-On-Year.

HTC will introduce three new phones by the end of 2017

HTC should have followed the Apple model a number of years ago - focus on just 1 model, a flagship, per year. Keep the model around for 3 years, dropping pricing and market tier annually, as their next model launches. They should have devoted a siz...

Sony was doing a bit bad but who knows if that was a product of not updating the appearance of their phone for years. They tend to have good hardware, cameras and overall features but just need to spit shine their UI and phone design which is what sh...

18:9 display (maybe a little round in edges) combination with liquid surface would make the most beautiful phone yet(which is s8 for now). HTC did some great job in camera department, but dual cameras will be nice (or at least some portrait mode like...