We’ve been hearing rumors about the Kirin 990 arriving at IFA 2019 for quite some time, but now a billboard by Huawei at the Messe Hall in Berlin confirmed it. The poster carries the “Rethink Evolution” slogan that is for Huawei’s announcements at the conference, an image of the chip (not to size) and that it will be built on the 7nm FinFET Plus EUV process. 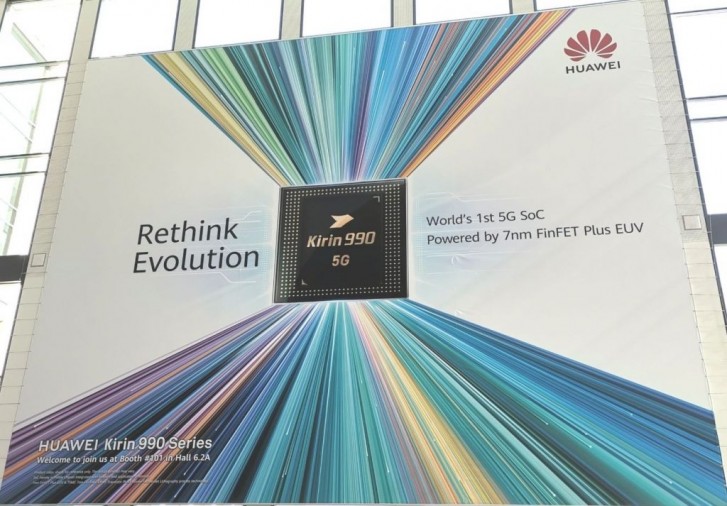 The Huawei poster in the wild

Huawei also claims the Kirin 990 will be World’s first 5G SoC, however, yesterday Samsung unveiled the Exynos 980 that also comes with an integrated 5G modem. We expect the Chinese chipset to be first on the market since the Huawei Mate 30 is arriving in two weeks time.

Another confirmation the Kirin 990 will be a huge deal for Huawei is an invitation, sent to media outlets across China. It is cordially inviting representatives to Beijing to witness the unveiling of a new product, meaning Richard Yu, Huawei Mobile CEO, will be televised back at home for the big event.

Interestingly enough, Qualcomm is also hosting a 5G-focused keynote at IFA 2019, but it is after the Huawei announcement. We hope it will be an early sneak peek of the next flagship Qualcomm Snapdragon chip, also with an integrated 5G modem. This competition can only mean good for the end consumer because great products are born in rivalry.

dude, r u for ril? dis can't be happening...pls someone tell me i'm dreaming

I posted on the wrong thread and I know why