Huawei announced too many Mate 20 phones at this year's event to keep track of but one stands out with luxurious design and steep price tag - the Mate 20 RS Porsche Design. It's a follow-up to the Mate RS Porsche Design, but unlike that one (which was an original design), it's based on the Mate 20 Pro.

The Mate 20 RS Porsche Design has identical internals and screen with the de-facto flagship, but a far flashier appearance and a much richer retail package. After all, that's the least Huawei could have done when slapping a price of €1,695 for the base configuration. 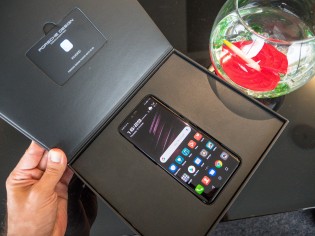 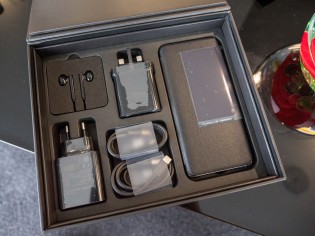 The first thing we've noticed is that the box contains two chargers - one for the Mainland European standard and one for the UK. There are also two USB-C cables for charging that go with the bricks. Of course, depending on your region, the box might contain other standards or just one of all but one thing is for sure, you will be getting Huawei's SuperCharge charging brick supporting a whopping output of 40W. Or in other words, you can bring a dead cell up to 70% in 30 minutes. 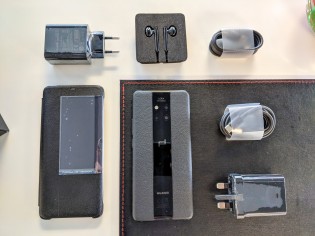 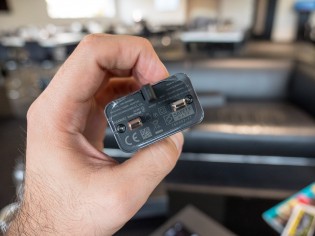 Then we get to the earbuds - they have familiar design and we've seen them coming with this year's Huawei P20 and P20 Pro, but those are in black. 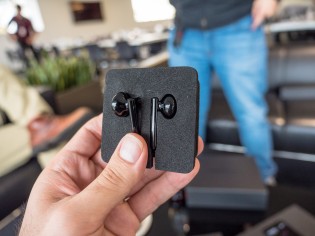 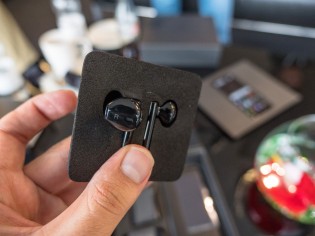 A rather unexpected accessory makes an appearance inside the box - a smart, leather flip cover. It has a big opening on the front so you can take a quick glance at an incoming notification or see who's calling. Perhaps some added functionality is at hand, but we didn't have much time to play around. 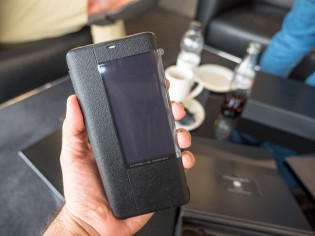 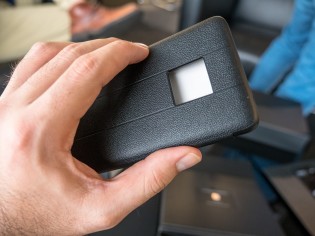 And as for the phone itself, it just exudes quality. We've got a metal side frame, and a glass strip, sandwiched in handmade leather on the back. It is supposed to resemble a racing strip and if black isn't flashy enough for you, the Mate 20 RS Porsche Design is offered in red as well.

If the base version feels too cheap for you you can also get an 8GB/512GB memory configuration that sells for €2,095 while the rest of the Mate 20s cap at 256GB of internal storage.

Other than that, you do get the same experience as the regular Mate 20 Pro with the 7nm Kirin chipset powering the phone and the top-notch triple camera at the back. But if you feel like you have some extra cash to burn, the Mate 20 RS Porsche Design will certainly stand out in a crowd.

Weekly poll: which of the Huawei Mate 20 phones is the best?

Without Apple and Samsung, Huawei can't survive. HAHA It's just a company which copies what's best in two brands and make it their own like it was being run by thick faces. I'd rather own a Xiaomi. Those phones are ridiculously cheap and are...

What's wrong with that? Nope. They're just trying hard losers who think they are Apple, Samsung, and Nokia Premium. Unfortunately, not even close.