Now, here's a Pro phone - it has a curved 'waterfall' display, a super-powerful chipset, the biggest camera sensor since the Lumia 1020, insane slow-mo capture, ToF modules front and back, a ton of battery with all sorts of charging options, and an IR blaster. This is the Huawei Mate 30 Pro.

A 6.53" OLED display wraps around the sides, one-upping Samsung's own recent efforts in the field. A cutout up top houses a 3D ToF camera for bokeh effects and advanced face recognition, and there's another ToF module on the back as well.

That's not the star of the show on the back; however - that role is shared by two 40MP shooters. One of them is the brand new ultra wide angle Cine Camera - even if it's not the widest around with a focal length of 18mm, it's its huge 1/1.54" sensor, its autofocusing capability, and the 7860fps slow-mo capture that make it stand out. 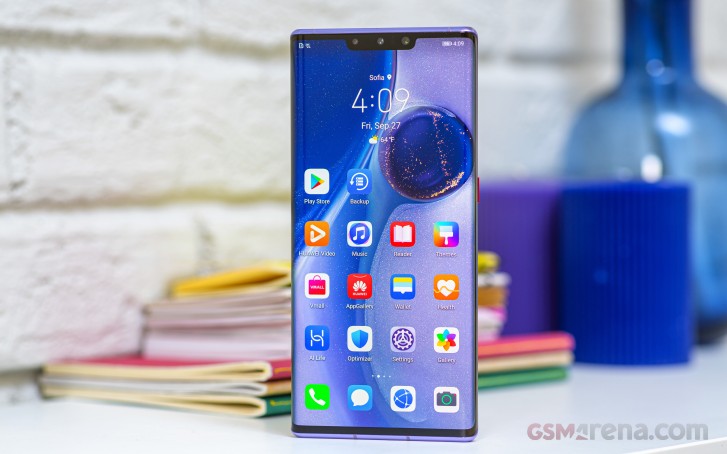 The other camera is familiar from the P30 Pro - the SuperSensing 40MP RYYB 27mm primary module.

A 3x telephoto is also present, and Huawei found no room on the Mate for the 5x periscope from the P30 Pro.

A new generation Kirin 990 does the number crunching, a 7nm SoC with an octa-core CPU, a 16-core GPU and a dedicated dual-core NPU for AI-related operations. Storage is the fastest available UFS 3.0 in your choice of 128GB or 256GB with the option for expansion via Nano Memory - a suboptimal proprietary standard, but there nonetheless. 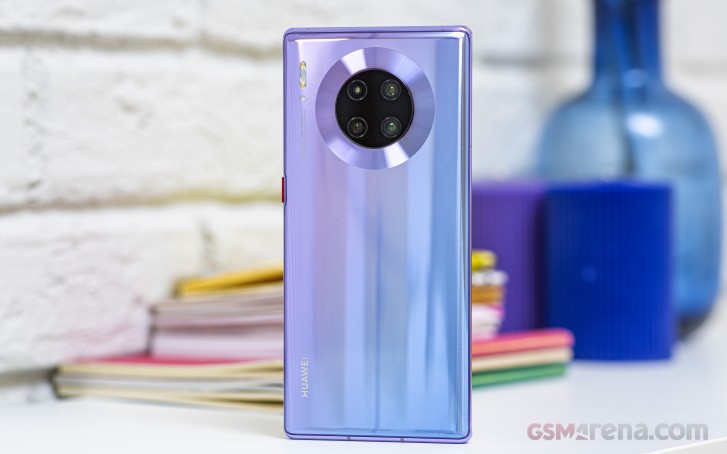 Powering all this is a 4,500mAh battery, the largest yet on a Mate, with 40W wired charging and 27W wireless power transfer going both in and out.

Other neat bits include the optical under-display fingerprint sensor, a vibrating display instead of an earpiece, and the progressively harder to find IR blaster.

There's the elephant in the room, so let's not pretend it doesn't exist. The US-China trade conflict has had some severe consequences for Huawei and the Mate 30 series in particular. The Mate 30 Pro we have here comes with no Google apps or services pre-installed. This isn't an issue in China, where the phone is only available now but is more than just a hiccup to the average user outside of the Mate's home country.

For a few days after the phone's release there was a one-step solution to get a fully functional Google suite up and running, but it was deemed unsafe (sure looked shady to begin with) and has since been made unavailable. You could try workarounds and sideload your favorite apps or use Huawei's app store, but that's not how it should be. We're kicking off this review with heavy hearts hoping things get better for the Mate's software future.

The Mate 30 Pro comes in a black box with the phone's name printed in gold and a red Leica dot to remind you of the collab with the German optics specialists. It's the same presentation as the one of the Mate 20 and P30 generations, a departure from the white boxes from before that. 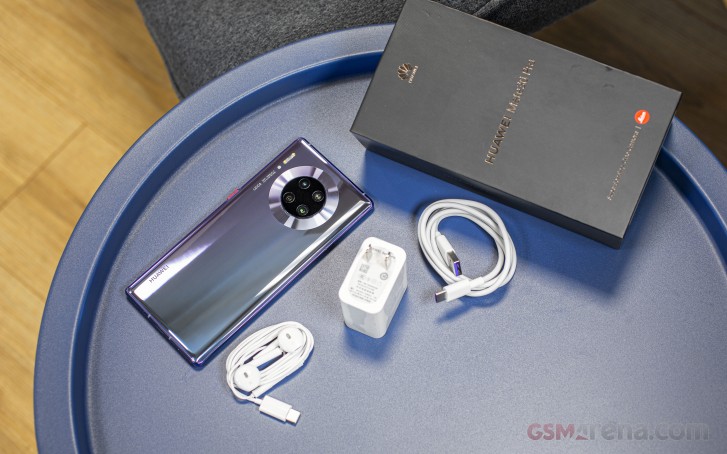 Inside, you'll find the 40W charger and USB-A-to-C cable, both proprietary solutions, so you better hold on to them if you care about your fast charging.

A relatively basic set of earbuds is also bundled, and it connects to the phone via USB-C. There is no USB-C to 3.5mm jack adapter bundled, so connecting standard headphones isn't possible out of the box.

Wtf...just watch youtube and you will be learning fast how to put gapps on huawei smartphone, great with no concerns!!!

Use Vanced Youtube It's premium and without ads with 0 cost