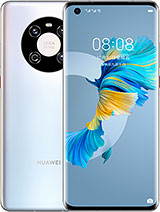 with no google play what are my options??? its a great phone, do we have to suffer coz US had a problem good God

Ghee8732, 04 Nov 2020Nothing really fantastic. Quite disappointed with their rec... moreI still have the Mate 10 Pro and its still the most beautiful phone made by Huawei. Its still as beautiful as the day I got it.

Can't wait, December will be here soon!!! I love the fact that this phone have stereo speakers... Its complete phone for me

MATE 30 PRO, 21 Nov 2020Does anyone know a good method to install Google Services i... moreI heard VMOS and Googlefier are good options.

Does anyone know a good method to install Google Services in EMUI 11 and work well at the present day?

Dometalican, 05 Nov 2020I sent the proof to GSMArena but it also only has IP53 as w... moreI thought it retains IP68 rating

Dennis.K, 14 Nov 2020They even got the water resistant rating wrong I just check... morei only see prejudice.

Lstar4real, 06 Nov 2020Ok Good but there wasnt anything like wireless charging whe... moreThey even got the water resistant rating wrong I just checked, so no, I doubt it is china exclusive feature

Dometalican, 05 Nov 2020I sent the proof to GSMArena but it also only has IP53 as w... moreOk Good but there wasnt anything like wireless charging when it was announced in Europe... Thats why i feel maybe it's only China Version that have wireless charging... Anyway its all good.... I like it

Lstar4real, 30 Oct 2020China Version have both wire and wireless charging of 40W..... moreI sent the proof to GSMArena but it also only has IP53 as well as that 40W wireless charging. It's not only China version; it's Mate 40 overall.

All-in-all, it is a decent upgrade from the Mate 30 (even if the size shrunk a little).

Nothing really fantastic. Quite disappointed with their recent new launches. Most newer models from huawei, the batteries capacity are defaulted at 4400mAh.

Mate 10 and Mate 20 series by far the best phones ever built by Huawei especially mate 20x!

This is the Flagship of Nokia line-up

China Version have both wire and wireless charging of 40W....This Phone have stereo speakers...

Anonymous, 27 Oct 2020T. G. I. G = Thank God It Googlefiered I would like to t... moreNice!! Does that mean all the security with google pay and so on are there too?

I would like to thanks the xda developer for developing Googlefier that can install GMS (Google Mobile Services) in Huawei phones.

Bfn, 25 Oct 2020XDA Googlefier app will install GMS easilyHuh? I used a guide on Youtube to get GMS on mine...