You are going to hear that it's a new dawn for Huawei thanks to the first public release of HarmonyOS. And the new MatePad tablets are supposed to usher Huawei's products into a Harmony era and drop Android for good. But underneath all this PR talk everything boils down to one thing - can Harmony-operated devices rival Android's and Apple's? We have the MediaPad Pro 12.6 for a review today, and that's what we are going to try and find out.

Just because Apple is dominating the tablet market with its iPads, it doesn't mean the competition should disappear. On the contrary, we'd love to see more slates like the Galaxy Tab S7 trio and the newly announced MatePad series. The tablet market might appear as a niche one, but it leads to some incredible UI advancements and some of those inevitably make their way onto phones, too. And today we are thrilled to meet a new large tablet with stylus support and a (supposedly) brand new mobile operating system - the Huawei MatePad Pro 12.6. 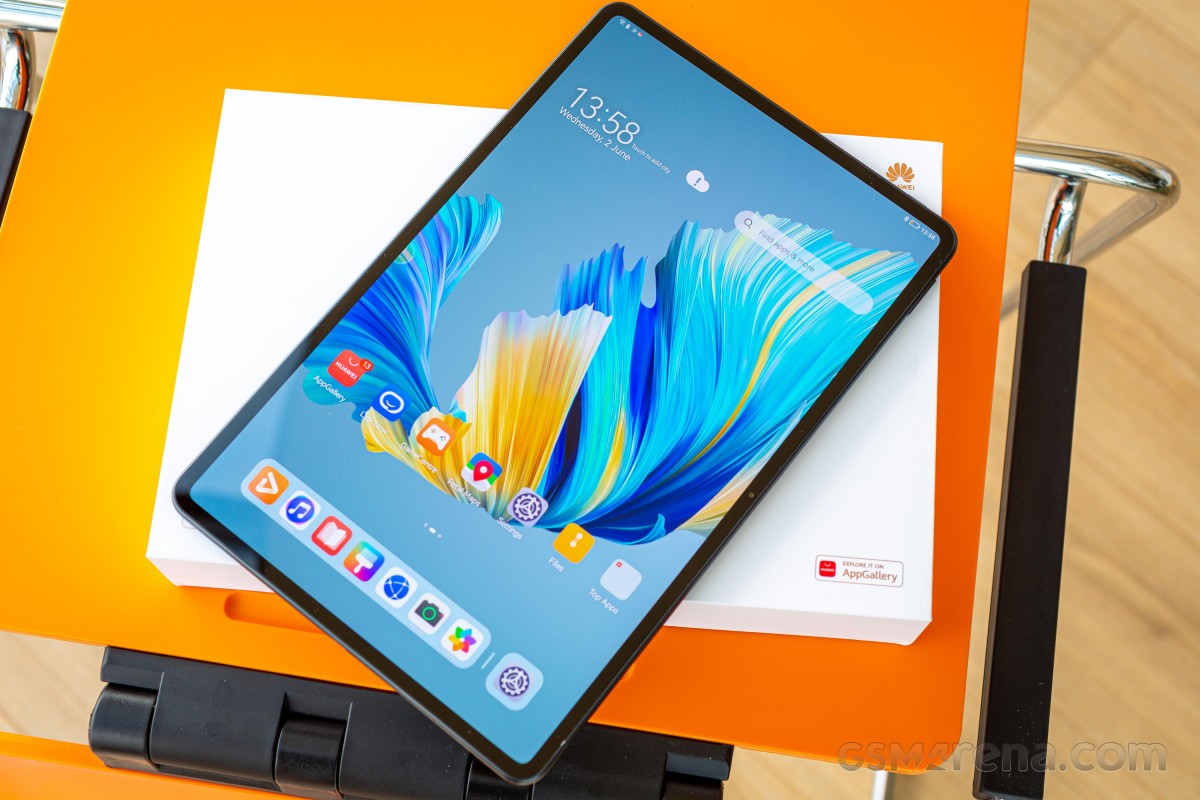 First, let's look at the specs. The larger MatePad Pro is a premium device for sure starting with an attractive body with a thin profile. It has a high-res 12.6" OLED screen with thin bezels, a powerful Kirin 9000E 5G chipset, a trio of snappers on the back, and an adequately large 10,050 mAh battery with 40W fast charging.

There are also eight incredibly powerful speakers, a 5G option, and you can buy an M-Pencil stylus for drawing, note-taking and whatnot. The said pencil is wirelessly recharged via an integrated magnetic wireless charger on one of the sides. 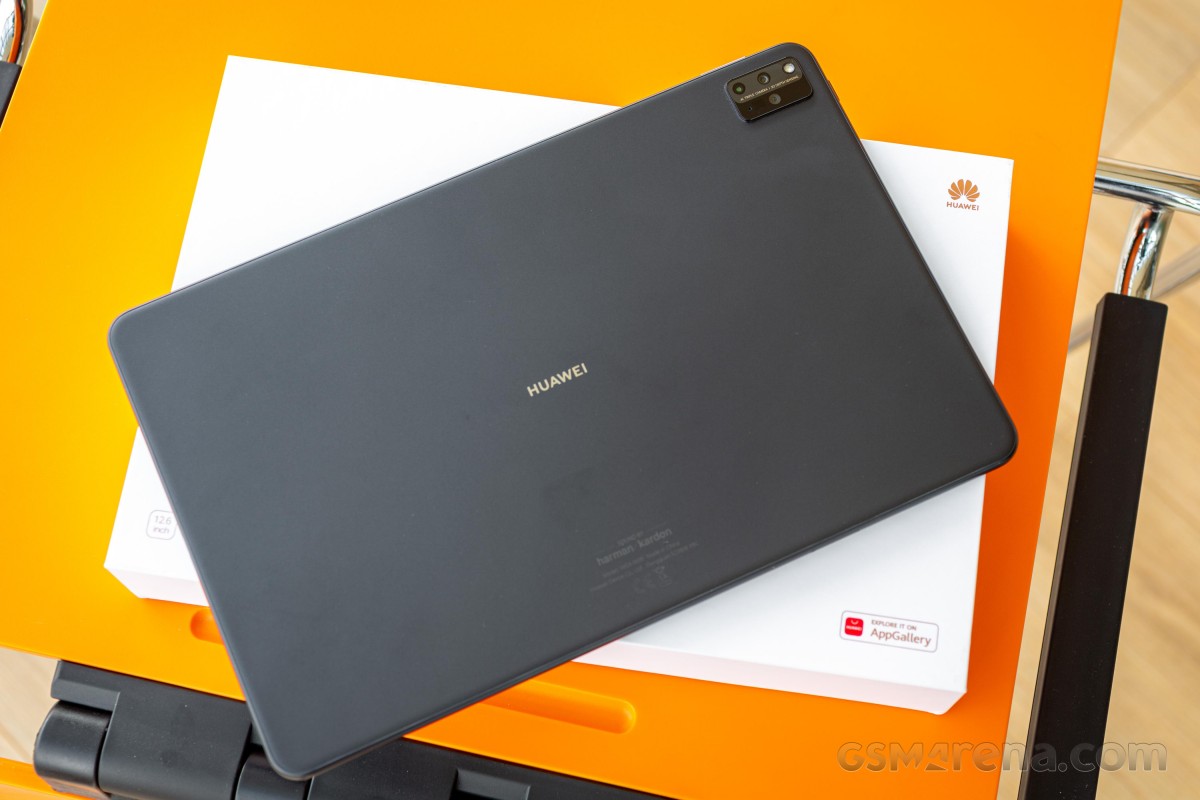 The MatePad Pro 12.6 runs on HarmonyOS 2.0, which is based on a forked version Android 10, and you can install and run most of the available Android apps, excluding the ones relying on Google Services. There are lots of Huawei default apps to get you started, while AppGallery and third-party stores should cover the rest. Using third-party app repositories is unavoidable for the foreseeable future.

Here is the complete specs sheet:

The MatePad Pro 12.6 has two glaring omissions - there is no high refresh rate support for the screen, and there is no fingerprint or 3D face scanning biometric security. The tablet does offer face recognition, but it's of the least secure type, and we won't feel safe leaving our bank card info stored on this thing. Splash resistance would have been nice, too, but hey, this is a tablet after all.

The MatePad Pro 12.6 arrives packed in a white paper box. Our bundle includes a 40W charger, a USB cable, and a USB-C-to-3.5mm adapter. 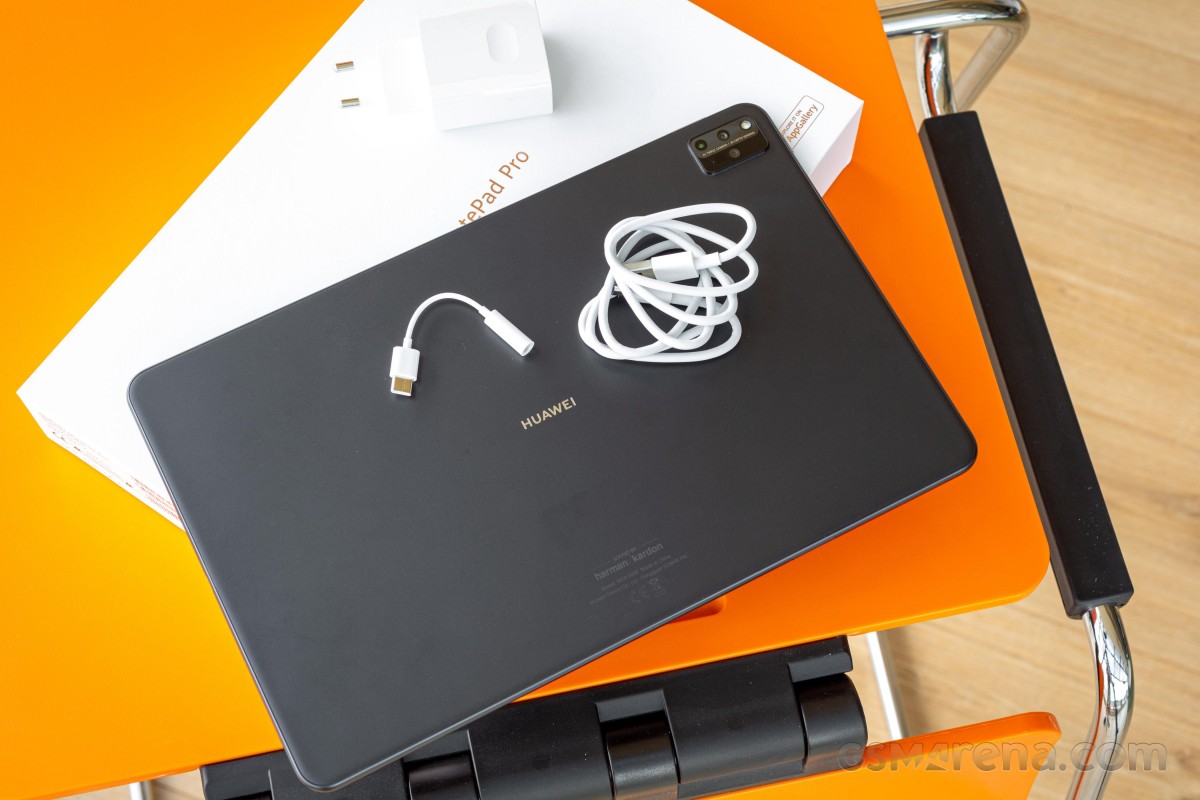 Huawei says the bundle may vary across different markets, so if you are interested - you may want to check your local Huawei website. It would have been nice to see the M-Pencil bundled with this Pro model.

There are two accessories you can buy for your MatePad Pro 12.6. The first one is probably a must-have - the M-Pencil. It's like the Galaxy Tab S7's S-Pen - a rechargeable stylus, which can be magnetically attached and recharged on the tablet itself. It is packed with two extra tips - a transparent one and a dark gray one. 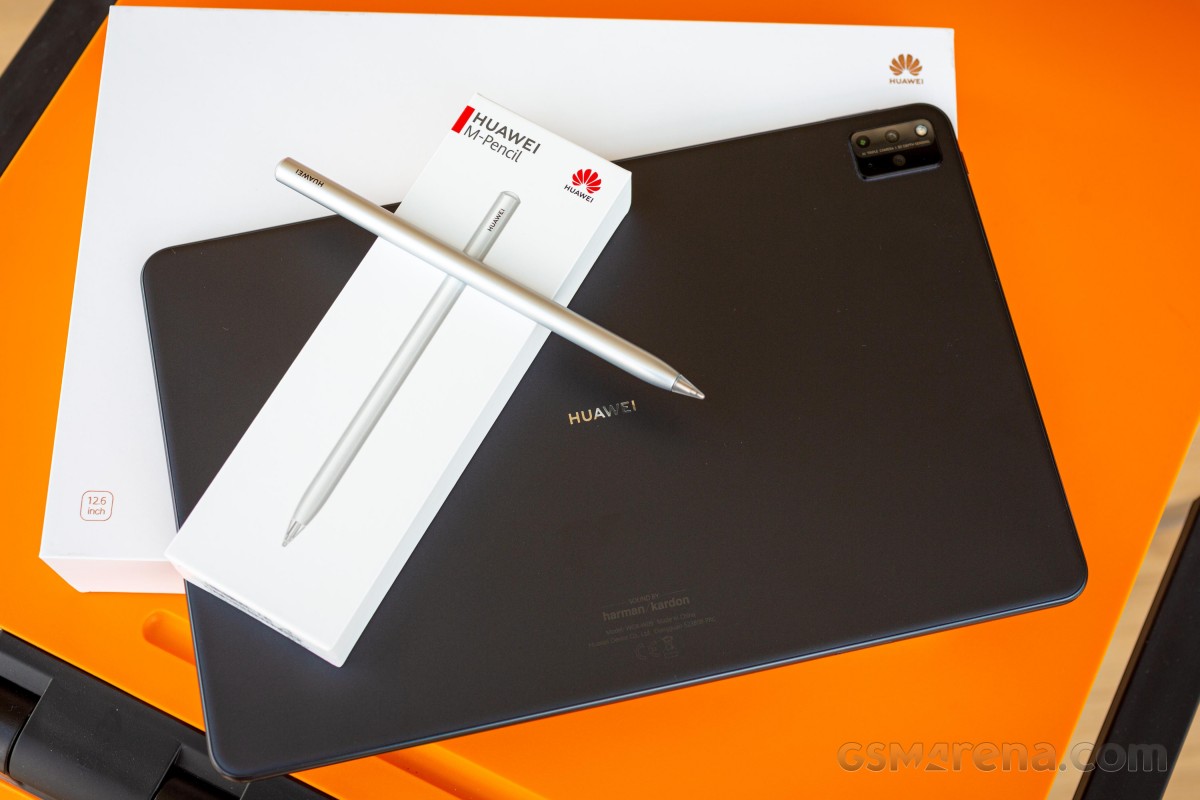 And second is the Smart Magnetic Keyboard. It's exactly what the name suggests - a magnetically attachable keyboard cover/stand. 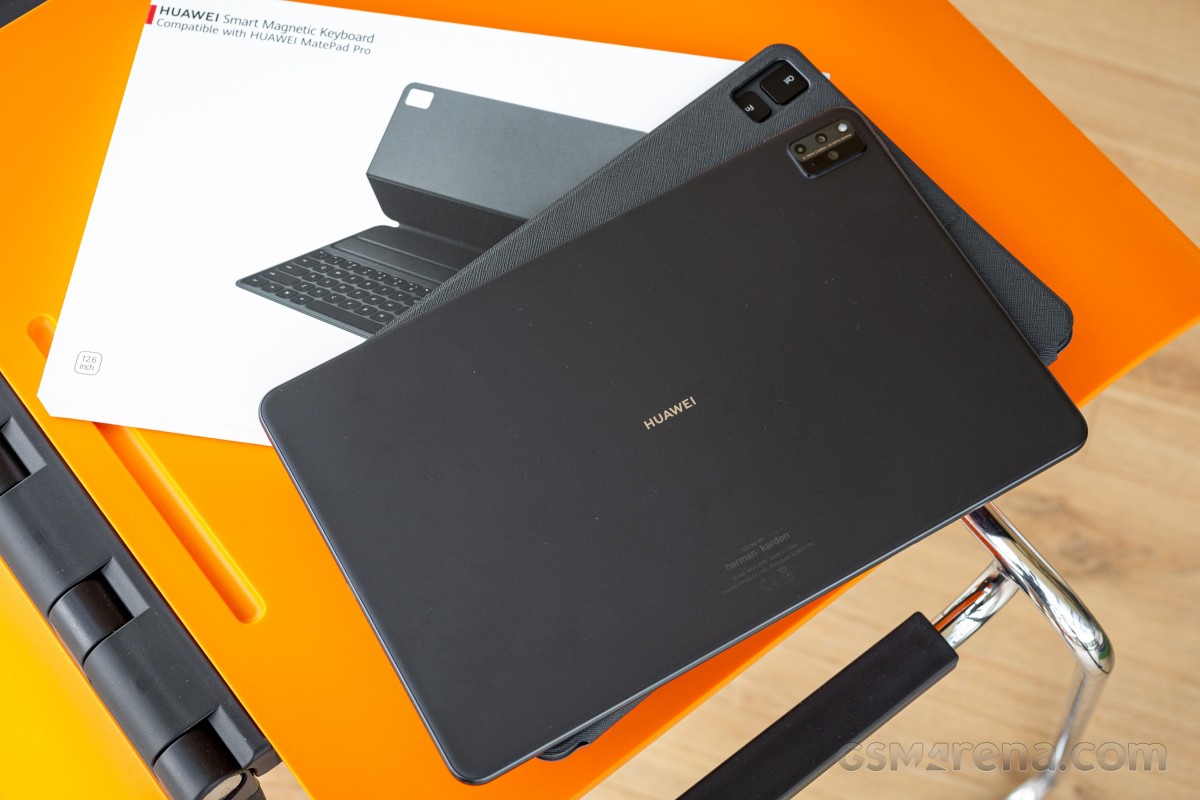 There is also a Folio Cover, but we didn't get this one for review.

can I install windows on this tablet ? to operate like matebook E?

Does it have daul sim card

Harmonyos will get better with time. You can’t compare adult [ios,ipados/android] with a baby [harmonyos]. Whether that baby will survive or not it depend on demand.