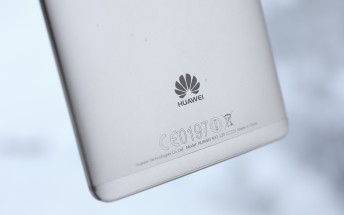 We've just received press invites for the Huawei's MWC event in Barcelona. The conference will take place on Sunday, February 26 at 2MP local time. According to the invite, the company's CEO will "share Huawei’s latest innovations and exciting advances".

The upcoming Huawei P10 and P10 Plus should be the stars of the show. We are still not sure if Huawei will launch a Plus flavor this year, but the P10 is certain to happen.

There were various leaks throughout the past few months and so far we expect the P10 to feature a double-curved IPS display of Quad HD resolution, the latest Kirin 960 chip with 6GB RAM, and a Leica camera setup with two sensors.

The rumors are still rather uncertain about the P10's camera - some say it will feature two 12MP sensors as was the case with the P9, others put the Mate 9's second-gen Leica setup 20MP+12MP on the back. We may also get a third-gen Leica cam, so no one really knows for sure.

Reports put the Huawei P10 for a March or April release this year, which means we are definitely getting the P10 on February 26 in Barcelona. We'll be on spot to cover the whole thing as it unfolds, and you are invited to follow us via our website at the time of the event.

Wow! I have seen a video leak review of P10 on techconfiguration.com and I swear it will be the best and most beautiful design if indeed Huawei brings the same design I saw.

Wow! the new king is coming and coming fast. It is a good thing to come ahead of Samsung because they are going to come with their new S8 in mid April that they have planned to surprised every body because of the failed note 7. It will be so powerful...