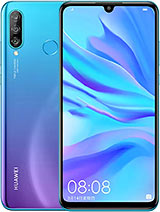 Ayman blue, 15 Mar 2019Plz Huawei we need oled display and UD fingerprint scanner ... moreIf you are looking for better OLED screen, that will cost double of IPS panel. IPS is better than cheaper OLED. one+6 has best OLED in lowest price.

This is pretty good device

Anonymous, 14 Mar 2019Is it metal build? Because at this price not having gorilla... moreNot that overpriced. and Cpu is not that bad what you think. I think it's an all-rounded phone in midrange.

Is it metal build? Because at this price not having gorilla glass and with such bad cpu and small battery I don't think I will go for it.

raiden78, 14 Mar 2019Huawei, pls make smaller phones.This is literally the smallest 6.15 inch phone this year. Only slightly bigger area than the 5.97 inch Mi 9 SE but somehow 0.1 mm thinner. Not to mention the microSD and 3.5 mm jack. But yeah, I'd like to see Huawei go even smaller

I think this is the P30 lite -, global version.

Adrj, 12 Mar 2019Aren't already enough Huawei phones?nope , it's good to have a cheap camera phone with ultrawide lens :) which is cheaper than Huawei nova 4, there are LG G5 and LG G6 without bookeh/portrait mode | there is LG Q60 | also Samsung Galaxy M30 which is near LG G6 at price , and Samsung Galaxy A50