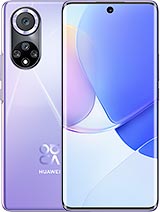 Narazumono, 20 Nov 2021Fb and Google don't spy on anyone. They don't hav... moreAre you serious or you are just a troll. There no one bigger tha Usa service spying on everyone and everything

TakaHebi, 25 Nov 2021really??? I think, they always spy on usersWhat's wrong with you?are you working in intelligence agencies?or are you government secret service,

Neno, 23 Oct 2021No 5G No Google play services No card slot No radio No ... moreJust like iphone, they havent it too

The, 06 Nov 2021Is there a point to upgrade to this from the Nova 5T next year?come here because the same problem but so far I don't think it's worth it
even ignoring GMS, the only significant upgrade is the display (they even keep that useless 2+2 configuration) which is already standard among competitors. this phone is better of course but nowhere near 2 years of innovation and if the price is true than it would be much pricier than 5t so I doubt it make sense to made comparison is the first place

Anonymous, 20 Nov 2021is this worth for upgrade? i've been using Nova 7 5g a... moreNo, it is not worth upgrading from Nova 7 5G to this Nova 9 4G. You are practically giving up 5G technology which is the future in mobile telecommunications, for 4G technology which from certain points of view is starting to become slightly obsolete. That is, many equipment manufacturers and telecom operators leave the development of 4G in the background and focus more and more on 5G.

From my point of view, the transition from Nova 7 5G to this Nova 9 is a downgrade rather than an upgrade. Personally, I own a P40 Lite 5G which is basically built on the Nova 7 platform, more precisely Nova 7 SE and I am not at all attracted to give it up in favor of this Nova 9.

TrumpSD, 19 Nov 2021Yeah just like all the American tech companies spies on the... moreFb and Google don't spy on anyone. They don't have to because they're not some commies who want to watch and control everyone
And regardless if you did something or not, spying is illegal. Would you say it's ok if someone broke into your house but it's ok because you don't keep anything valuable for them to steal?

is this worth for upgrade? i've been using Nova 7 5g and still a superb phone after 1 year and 3 months. no complain at all even without Google services. I really like the design of this new nova 9. I dont care about 5G coz there's no 5G in our area.

Narazumono, 10 Nov 2021No, you should blame the Chinese government for trying to s... moreYeah just like all the American tech companies spies on their clients like Facebook, Google...if you have nothing to hide why concern over it is kind of a hypothetical defence mechanism by the so called western dwellers

The only issue I have with Huawei now is the lack of Google Apps. Too bad I really love Huawei. I've been using my P30 for 2 years now and it still works well.

Phone isn't that bad. Probably if they upgraded the chipset ko sd865. That would be better

meow, 15 Nov 2021No Google apps, I think that's the biggest thing for m... moreGoogle Maps is the smallest issue for Huawei phones powered by HMS. In the Huawei app store there are Petal Maps and TomTom which manages to replace Google Maps quite well.

The main problem for these phones is the lack of Google security certificates, which makes most applications in the area of banking, e-payment, e-wallet, etc. non-functional.

dickers, 06 Nov 2021Is there a point to upgrade to this from the Nova 5T?No Google apps, I think that's the biggest thing for me. I'm using 5t too

Ok, this Nova 9 also has some strengths, but if we put the pros and cons of this product together, you don't have to be an expert to come to the conclusion that it's not worth it.

For the same amount of money you can find 5G alternatives that have all the above.

Huawei no longer produces anything in terms of mobile phones, and fans of the brand should resign themselves to the idea.

Even the company's CEO has publicly stated that from a top 3 manufacturer in the world, their target has become survival.

I think there's no problem in using chinese brand phone....
The only problem is that china is stealing some important invention even technology...
They used it to study to make their country on top...
And they starting to control the world economy..
And this is a big problem...

ihcuwign, 10 Nov 2021blame the us for no 5g and google serviceNo, you should blame the Chinese government for trying to spy on us
They did the right thing by banning Huawei and the next step should be to ban all the other Chinese brands like OnePlus and Xiaomi. It's time to move on to Samsung or Apple

Does have Nova 9 plastic or glass back? Frome site to site is a different story about spec....