With show-stealing looks and imaging prowess, the Huawei P10 Plus was one of the headliners at the MWC- it had good backing on the inside (by a little less special sibling) and not too heavy of a challenge from the outside. Early in the new season though, the competition is starting to hit harder, so the P10 Plus has big trials ahead.

That's right, Huawei will certainly find the heavyweight action it's looking for. After all, the only way to get better is to compete with the best; that's what has consistently been driving Huawei in everything they do. We've got to give it to the P10 plus - it's got ambition and attitude, and we'll just have to see if it's got the aptitude to match.

The dual Leica imager may have seemed like a novelty for its own sake in the preceding P9, but this generation reaffirms its long-term commitment. The upgraded Leica Dual Camera 2.0 Pro setup is available on the regular P10 and the Mate 9, but only the Huawei P10 Plus takes advantage of a brighter and faster f/1.8 aperture.

In a bid to back the lineup's flagship aspirations, a WQHD screen is a first for the P-series - a special treatment afforded so far to only the Honors (a stand-alone brand), the Mates and the Huawei-made Nexus 6P.

A 5.5" screen makes the P10 Plus a little more manageable than a Mate or the Huawei-made Nexus, by the way. The Kirin 960 with an octa-core processor and Mali-G71 is the same engine that powers the Mate 9. The 12MP RGB / 20MP monochrome camera setup delivers optical image stabilization, 4-in-1 autofocus, and hybrid 2x zoom.

The one caveat - and not a small one at that - is that the expertly crafted and eye-catching exterior, high-end internals and the extra special Leica combo fetch a rather high price. At the time of writing the P10 Plus is still in the pre-order stage, but EUR 750 is quite a price tag to live up to. 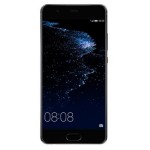 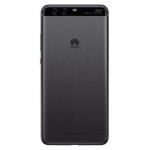 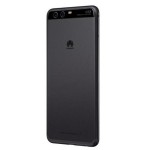 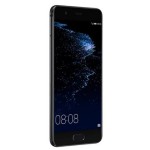 Huawei P10 Plus in official photos

Its very own sibling, the regular P10, and especially the almost identical Mate 9 Pro may end up as good alternatives if you want to stay within budget (P10) or you insist on AMOLED (Mate 9 Pro).

We guess the Huawei P10 Plus will be keener to face up to the "real" competition than worry about in-house rivalries. Still, we can't imagine it's feeling too comfortable in the AMOLED shadow of its own cousin.

Anyway, join us on the following pages as we try to determine whether the P10 Plus can indeed make its mark both at home, and out in the world.

Hello guyz,am using Huawei 6x for uber as a driver,it works very well fast in Google map no signal lost for once and has fast charging 3gb ram/32gb but now the Ram is getting full and disturbing Google map. What kind of Huawei good in Google map like...

Hello guys, been using P8 for two years nw...which one would you recommend between Honor 10 and P10 plus....Help guys!!

the selfie cam has AF, your review is wrong