Huawei P10 spotted on GeekBench with 4GB of RAM

Things have been moving along quite rapidly for the Huawei P10 and Huawei P10 Plus. A few price leaks, followed by early renders were apparently enough to make the Chinese giant break the silence and tease the dual unveiling on February 26 at MWC. More renders and specs were quick to follow and now a GeekBench listing has also been uncovered, to reaffirm previous hunches. 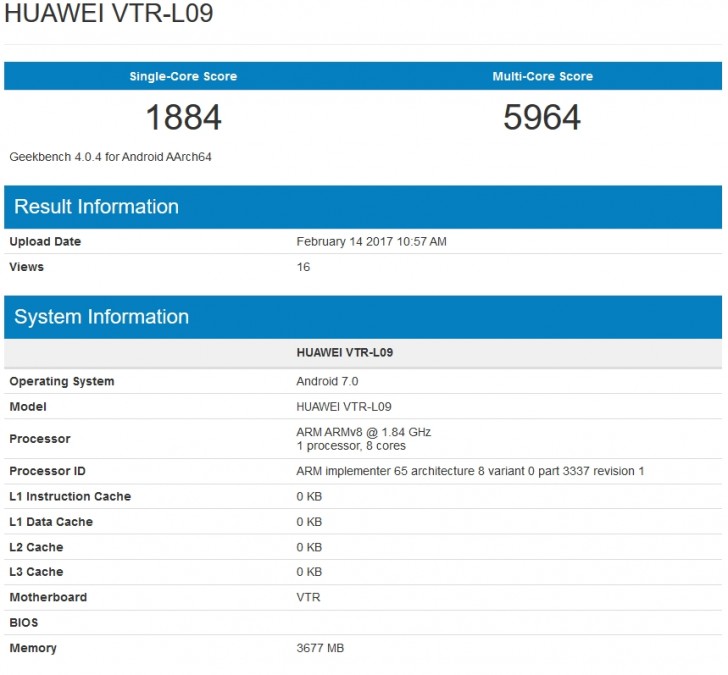 From the looks of things, the Huawei P10 will have 4GB of RAM at its disposal and will ship with the latest Android 7 Nougat.

Other previously suggested specs for the Huawei P10 include a 5.2-inch FullHD display, 64GB of storage and a dual 12MP camera setup on the back, complemented by an 8MP selfie shooter. As for the Plus model, we expect a size and resolution bump on the panel up to 5.5-inches and 2560x1440 pixels.

still not because of OEMs. The SoC was already fabricated in december 2016

Don't go by what is on paper, its always an illusion, real performance can be known only when you use the Phone.

Looking good but nothing justify the price tag yet...