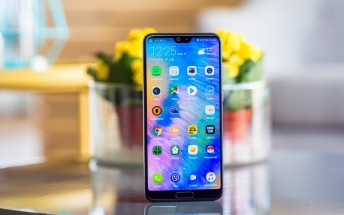 Huawei has started gradually rolling out its GPU Turbo update to the P20 Pro and presumably, the standard P20 too. This means that the company intends to keep its promise and stick to the tight schedule it announced last month.

Well, the update comes right on time for the P20 series. The changelog says that it will provide smoother gaming experience - as we found in the extensive review - and can be turned on by switching on the game acceleration in the Game Suite app.

Keep in mind that the GPU Turbo doesn't support all games for now, but eventually, Huawei is hoping extend its reach as it works with developers to adopt it.

Huawei will bring EMUI 9.0 based on Android Pie at IFA, flagships get first dibs

i just got update (C782) yesterday on UK EE, so wont be holding my breath for this update :-/

Don't activate it. First XDA tests sjow that it either doesn't work or increases the performance by 20% but the power consumption goes up by 30%.