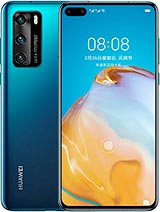 Nice but too expensive since Samsung and Xiaomi have better offers at reasonable price.

eliwood, 16 May 2021Without google these phones are nothingI got Google sideloaded :)

Without google these phones are nothing

ishak7726, 27 Feb 2021All phone companies have completely given up battery capaci... moreTell that to Apple XD

Anonymous, 14 Apr 2021Flagship processors cpu configurations. it goes all the... morewhat are you on about ? snapdragon 9xx series , 2022 ?

Is it new processor kirin no. ?

Is it new operating system Harmony 2 ?

mrnman13, 15 Mar 2021My friend bought this phone for a very specific reason. The... moreBro, if you need a camera buy a camera not a mobilephone with Camera.

Heehee, 27 Feb 2021What about apple. They never released a phone with a batter... moreApple is not using android isn't it? Huawei uses Harmony OS. Oh wait, Harmony OS is an android also. It's a prank!

My friend bought this phone for a very specific reason. The camera.
Now, In my opinion this is a poor choice in "phone". I think its actually a camera with a phone attached to it. And i'm sure the hardware is fine and all, I don't keep up with it anymore, but the software limitations are just too much. Its an "Android" phone without any of the convinces of a real android phone that has google services.
I would never buy this phone, but for the people who want a really nice camera, go ahead and buy this thing

Why even bother launching 4G.
Why can't Huawei provide access to apps that require google framework, and deal with real stuff. We get the whole ban thing, we can cheat our way through it and they know that but if they want to stick to their useless economic system I won't even buy another phone from them it's tiring.

Anonymous, 06 Mar 2021Unfortunately yes. I hoped so much that Harmony will be som... moreActually I never had any hopes for harmony os it obviously proved itself as a gimmick.

Communication through all divices from the same brand aka Apple's thing, is quite the ideality but it's not all. In this case Huawei got more than enough to improve. First, so many apps are unavailable in their app gallery, I've installed the Gms perfectly fine but logging inside apps that require this google framework will cause just errors.

Huawei seriously needs to stop playing and if they want to be global - needs to get this thing going. Phone specs and superb cameras allegedly, worth nothing without proper hardware

XiaomiSamsungHuawei, 03 Mar 2021I feel bad for Huawei. They're just going to disappear... moreUnfortunately yes. I hoped so much that Harmony will be something ground breaking but it seems it's not. In my country there is a huge number of P40's and Mate 40's for sale at low prices and people still stay away from them. Too bad because they are better than Samsung and especially Xiaomi.

I feel bad for Huawei. They're just going to disappear

Only people who doesn't know anything about the advancement of the technology will complain. Out of 100 people, you will be very lucky if 5 of them knows the specs of their phone. They only know the model year for sure and even become reluctant to tell if its model is already a year older.

Wereweeb, 28 Feb 2021Leave it to Huawei to copy the worst things with Apple phon... moreNot even 1% of consumers care about that stuff. Still, nice try.