Huawei's mainstream "P" flagship family has been experiencing a veritable growth spurt this year. First, there the P40 Lite and the P40 Lite E popped-up on the scene. Granted, these are, kind of honorary P40 devices, given that the first is basically a rebranded Huawei nova 6 SE, while the latter - a Huawei Y7p.

But, even setting rebrands aside, we have a trio of actual P40 devices this year. Judging by competitor lineups and the Galaxy S20 line, in particular, three seems to be the new magic number. And speaking of which, this is hardly and rather unsurprisingly, not the only point of comparison between Samsung's and Huawei's current mainstream flagship devices. But, more on that later.

Huawei P40 at a glance

We're sure the Huawei P40 Pro and P40 Pro+ are going to soak-up all the spotlight in the foreseeable future. Still, the vanilla P40 definitely deserves some attention. Frankly, it is a very different best, compared to its bigger brothers. Of course, it comes close in many respects. But even a quick glance at its significantly less-curvy silhouette and more traditional bezel design instantly reveal a less-flashy, yet not necessarily less premium device. 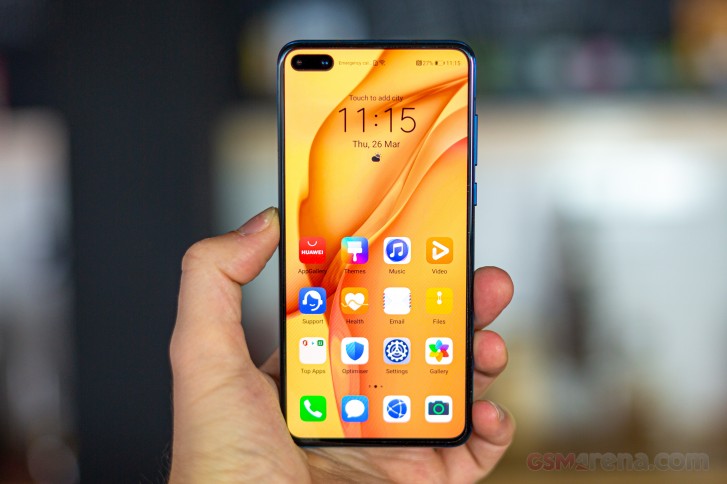 Follow along as we take a quick first look at the Huawei's least-expensive P40 flagship, what it has to offer and the big things it lacks, compared to its siblings.

I think, all negative comment about P40 series, because they never hold this phone..for me GMS is not a deal breaker just use my older phone for bussiness and the new no GMS phone for private time, the power of P40 series camera is my main reason. Th...

I'm buying the Huawei p40 pro+ God willing. I have been a Huawei enthusiast since the day of P8. GMS or not, I no where I belong