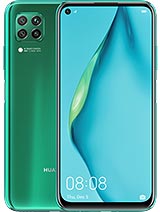 ZxZ, 28 Feb 2020The Huawei rep told me he can download all google apps for ... moreGoogle wants it back on Huawei devices so it will be soon

The Huawei rep told me he can download all google apps for me if i buy a Huawei phone. When i told him about updates and virus, suddenly he became silent.

Anonymous, 28 Feb 2020i want to ask what app replace google maps and google chrom... moreit's default should be Bing but it was widely mentioned 'TomTom' was collaborating with them as map developer.
However, i feel they may fuse Bing and that together as Microsoft backs them as well.
Map apps/developing aside with the productivity apps, i don't think there's any issue, as for other Google services like Youtube etc, there are already many alternatives which not many are aware.
Like for example Japanese NicoNico, China's very own Tudou etc.

IMO, the only thing lacking for HMS is the popular games like Call of Duty, Pubg etc but i believe that will one day be ironed out.

i want to ask what app replace google maps and google chrome??
Huawei should create thing like gmail and create app mile youtube and give to the influencer some option to go in the app

Adul Al Salami Kebab, 27 Feb 2020Does anyone even care about GMS anymore? Most banks is gonn... moreJust because you don't like google doesn't mean no one should, I'll continue using Google but that doesn't mean I'm going to push my opinion on others

Adul Al Salami Kebab, 27 Feb 2020Does anyone even care about GMS anymore? Most banks is gonn... moreI do yes as until my current bank offers an official app using hms I will stick with Google services, if the app isn't official and doesn't come from official trusted sources and use a trusted service then I don't care or want it

Adul Al Salami Kebab, 27 Feb 2020Does anyone even care about GMS anymore? Most banks is gonn... moreAnd Huawei browser is nice replacement for chrome tbh... I have same question... But for me personally, I'm using Google maps, change can be a bit trouble but not much for sure. Also, when it comes to YouTube, App gallery already have app which is almost same as stock YouTube app but with options for downloading video or audio and background play... So i really doubt that something will miss....

at some places it shows gorilla glass (unspecified version) does this really have it or just rumors??

SlaVa, 20 Feb 2020Yes, no GMS. It's new generation phone - on Huawei Mobile ... moreDoes anyone even care about GMS anymore? Most banks is gonna support HMS anyhow in Europe and most games have a Facebook login feature anyway... And Youtube can be done in browser, GMail any email app and browser & maps easy to replace with WeGo formerly known as Nokia maps... Fail to see why anyone even want Google, me? I am a duckduckgo kinda person! :D

The Huawei P40 family will be unveiled in March 2020 and will feature three new flagships, according to recent rumors. But not available 5G and 4G+ .

Zim Trum, 26 Dec 2019Amol is too expensive.Midrange Samsung devices do have Amoled. Amoled is not that ezpensive.

But a good LCD is way better than a cheap OLED

is the phone a water proof?

Dedicated macro camera and depth sensor? Please no, just... NO.

Like the abbreviations 3G, E and G, the two characters 4G and 4G + stand for the mobile data connection. There are similarities and differences between the two names:

Both 4G and 4G + designate an LTE connection. This means that you will only see the abbreviations if you have an LTE-compatible device and a corresponding contract.

However, LTE is not the same as LTE. Depending on the area and mobile operator, there are differences in speed:

4G + is a little bit faster. The abbreviation stands for the latest LTE standard, the so-called LTE Advanced. Here speeds of up to 450 Mbit / s are possible. In practice, the average download speed is 123.9 Mbit / s, the upload is 31 Mbit / s and the response time is 38 ms....