While we've seen a barrage of rumors about Samsung's upcoming Galaxy S20 family recently, let's not forget that Huawei is also working on its next flagship devices.

Of those, the P40 Pro is allegedly going to ditch its predecessor's notch, instead sporting a pill-shaped punch hole in its display. Speaking of the screen, this will be more curved on the sides than the P30 Pro's, and will also slightly curve at the top and bottom. This was already hinted at in previously leaked CAD-based renders of the phone.

Size-wise, it's expected to be very similar to the P30 Pro. The image below purportedly shows the screen glass for the P30 Pro (left), P40 Pro (center), and Honor Magic 2 (right). 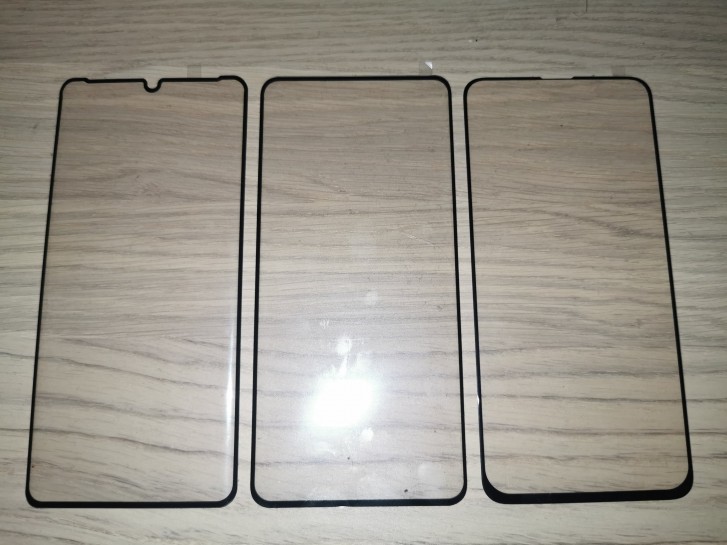 That said, all of this is just a rumor at this point, and one that does conflict with previous reports of Huawei using a 64 MP main snapper in the P40 Pro, so take everything with a pinch of salt. Finally, note that the same source claims there will be two ceramic versions of the phone, with colors close to those of the Galaxy S10+, white and dark gray. The P40 series will be unveiled in Paris in March.

no leica made by sony

they already told u.....take everything with a pinch of salt.