The P Smart for 2019 shares little with the original when it comes to looks and it shows how quickly design trends change. On the other hand, it borrows a lot of its design cues from the current Huawei lineup, making it resemble the company flagships of the day. 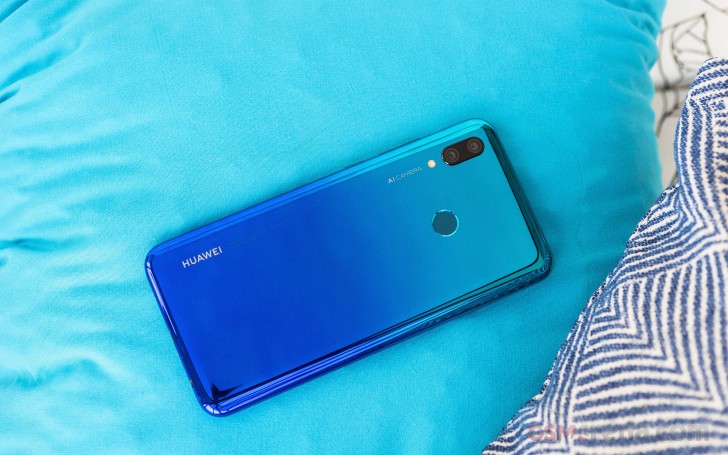 That includes the dual-tone paint job on the back that we've been fans of since the P20 - of course, not the exact same choice of colors, but the gradient is there. That's one of the color options you can get - the other three are single-color and we especially like the red, but it remains second best to the gradient variant we have for review. 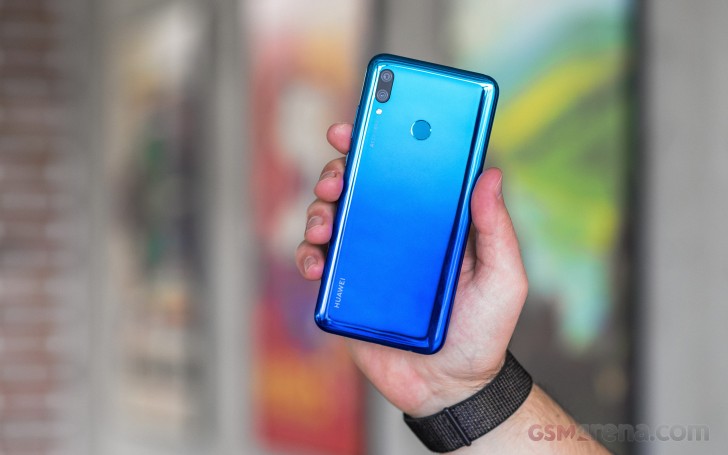 Regardless of color, the rear panel is made of plastic and that's both bad and good. For one, the P Smart 2019 is quite prone to scratching - our review unit wasn't brand new when it arrived so we can't be sure just how much abuse it's seen, but the reality is that its back wasn't in pristine condition. 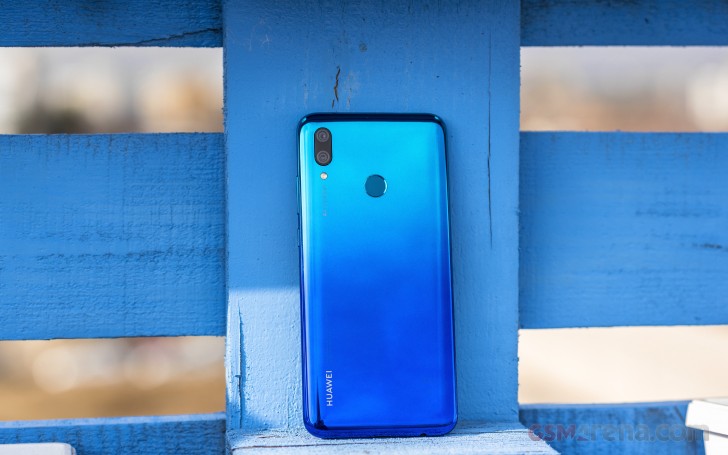 On a positive note, the choice of materials makes the P Smart 2019 one of the lightest phones in its segment. At 160g it's noticeably lighter than competitors that are typically in the 180s. Some people associate weight with quality and those may call the P Smart 2019 plasticky. Well, it is made of plastic. 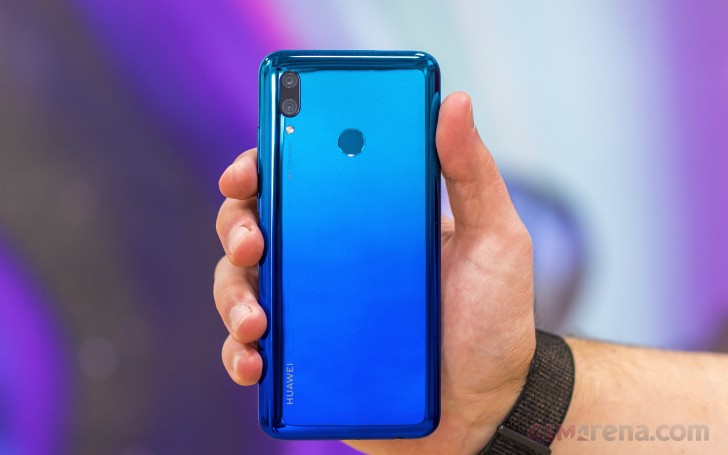 The back is home to the fingerprint sensor, a conventional placement towards the top. The dual camera is in the top left corner, the primary 13MP module and the 2MP depth sensor sharing a glass window. The single LED flash is below that in typical Huawei fashion and another customary but questionable design choice leaves us with an 'AI camera' inscription under the flash.

There's a prominent Huawei logo in the bottom left, plus some tiny text including the model name and country of origin, which is thankfully less in-your-face. 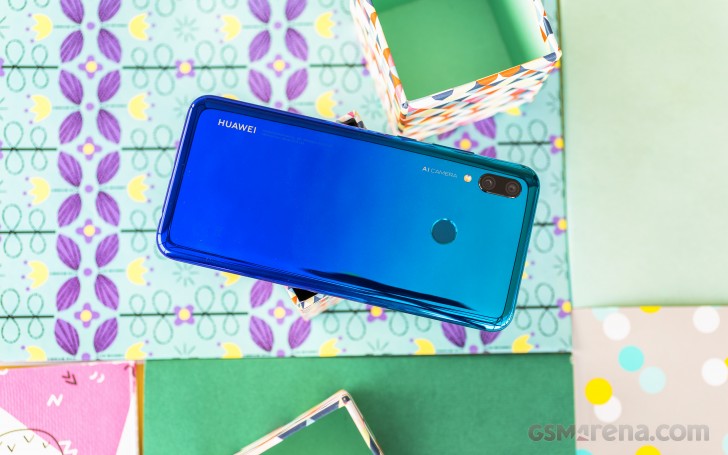 The 6.21-inch display takes up most of the front, as it should be with a panel that claims to be 'FullView'. There's a dewdrop selfie camera notch in the middle, one that reminds us a little of the Essential PH-1's - most other current designs are a bit more rounded and fluid. 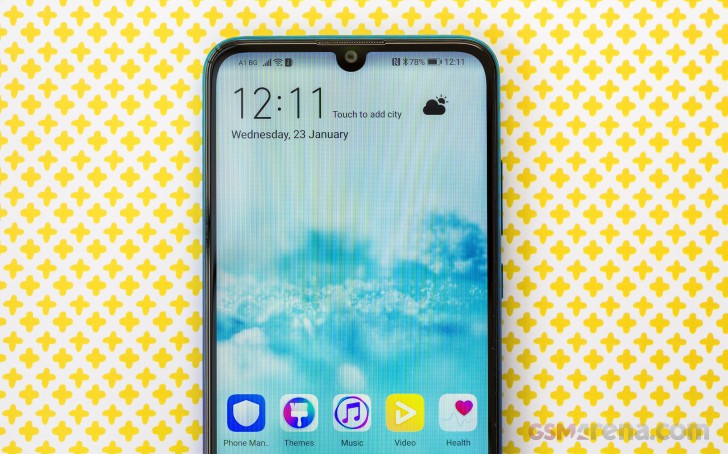 Right above the camera is the earpiece, nicely hidden where the front glass meets the plastic tub of the back panel. The bezel is equally thick on the sides and top, so folks that are irked by minor differences like these should be able to live with the P Smart 2019 just fine.

The bottom bezel is thicker, there's no going around that, but if high-end models haven't completely done away with it, we shouldn't expect it from the P Smart, of all phones. The chin does hold a pleasant surprise - a status LED is hidden in there, slightly to the left. It's RGB and lights up in amber when charging and pulsates in green for notifications. 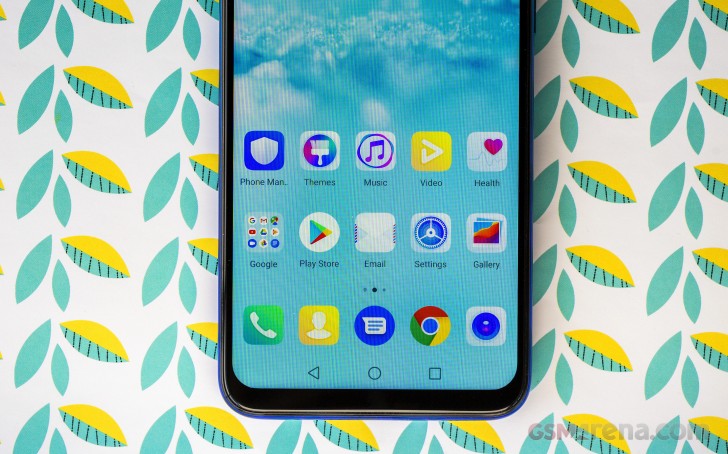 The physical controls are the usual power button and volume rocker, both on the right side of the phone. The power button is placed slightly above the midpoint and is textured - so it's where you'd expect to find it and it also can't be mistaken for the volume rocker. Down on the bottom is where you'll find one of Huawei's missteps with the P Smart 2019 - it's got a microUSB port instead of USB-C, and that can't be right. The rest of the stuff you'd typically find in these quarters includes the loudspeaker, primary mic and 3.5mm headphone jack. 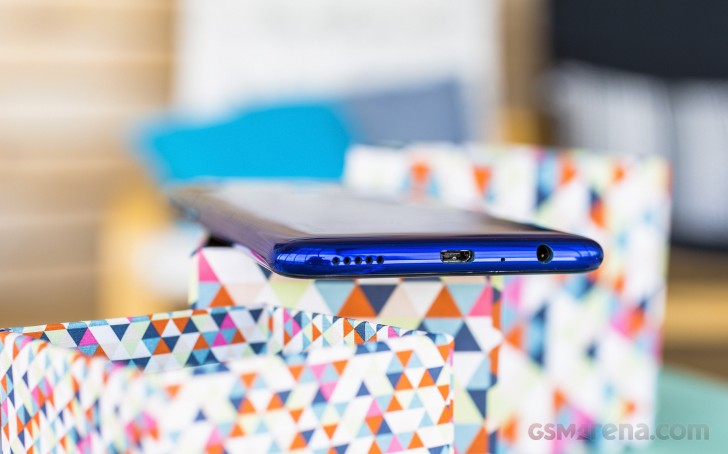 Another mic is on the opposite end of the phone. Here, it's joined by the card slot, which is the usual compromise - it's either two nano SIMS, or a nano SIM and a microSD card, but not all three in there all at once. Sadly, dedicated memory slots aren't embraced by all makers. 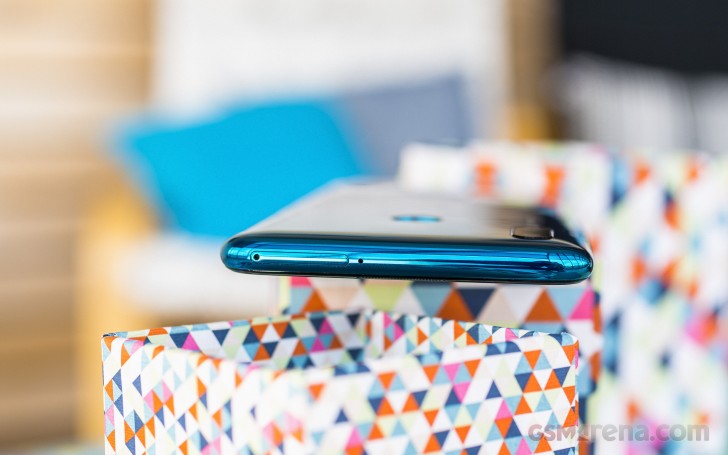 The P Smart 2019 has grown a little in physical size, but not nearly as much as the increase in display diagonal would suggest. The handset now measures 155.2x73.8x8.0mm - 5.1mm taller, 1.3mm wider and half a mil thicker than the model it replaces. It's more compact than competitors like the Realme 2 Pro and Redmi Note 6 Pro, with the Redmi in particular being tangibly wider at 76.4mm.

The slot for the second slot is situated on the space of a memory card,same size as the first one and it lays horizontally

How do I put 2 Sim? Have been trying it only one works