Earlier this month, Huawei unveiled GPU Turbo technology, which it claimed increases device performance by 60% while reducing power use by 30%.

The tech can enabled on a device via a software update, with Huawei promising it will be rolled out to several of their smartphones (from mid-range to flagships). Even a brief roll out schedule was shared.

Now, the company has revealed a detailed schedule for the roll out, sharing which devices as well as regions will get the update and when. 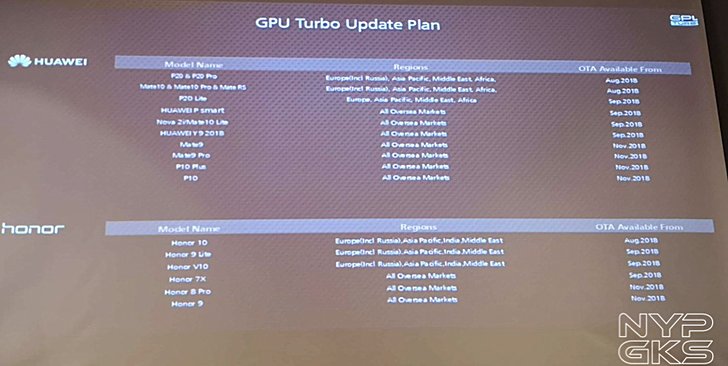 Here's the plan for Huawei phones:

And here's the schedule for Honor phones:

The technology is already present on the Honor 9i, and a beta test for the Huawei Mate 10 series and Honor 10 is underway. The company is even looking for Huawei P20 and P20 Pro users to start beta testing the tech on these devices.

What about P10 Lite?

When this fake shanangan will be over and when we will get real numbers?