It's an open secret that Huawei will unveil a new smartwatch this Sunday in Barcelona at its pre-Mobile World Congress event where we'll also see the P10 and P10 Plus smartphones becoming official. That is because even a company official has basically confirmed this. However, we've heard very little about the upcoming wearable up until this point, which is pretty unusual for the leak-filled mobile world nowadays.

A report from January claimed it would sport cellular data connectivity and a "sportier" look than the original Huawei Watch from 2015. Well, that's been very much confirmed today by the leaked press renders you can see below.

That's much more sporty-looking than the first generation Huawei Watch, for sure. But wait, there's more. Another render shows us that the watch will have a SIM card slot, so mobile network connectivity is indeed a go too. 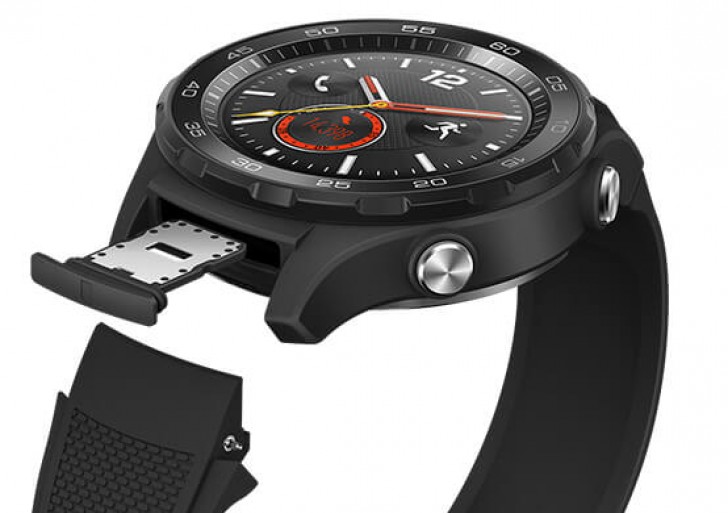 The Huawei Watch 2 will come in at least the three color versions pictured below, and it will run the recently released Android Wear 2.0.

Unfortunately no details about its specs have been outed, but given its looks it's likely that its main competitor will be the LG Watch Sport, at least for the time being.

Looks like a cheap digital watch. Maybe its for the best - you are less likely to get mugged for it.

All well and good, but still subjective all the same.

Don't expect that this will be cheap watch. Btw if you have iphone I think apple watch is good option and it looks pretty good.