It's official: the iPhone 11 is the successor to the iPhone XR from last year, which Apple says became the most popular iPhone and also the most popular smartphone worldwide since its launch. While a lot of things have remained the same, including the display, there are quite a few changes.

First off, the iPhone 11 starts at $699, which is $50 less than its predecessor. At the same time, it packs a brand new ultrawide camera on the rear, which enables what Apple calls 2x optical zoom out, as it's a 13mm equivalent while the main 12 MP snapper is 26mm equivalent. 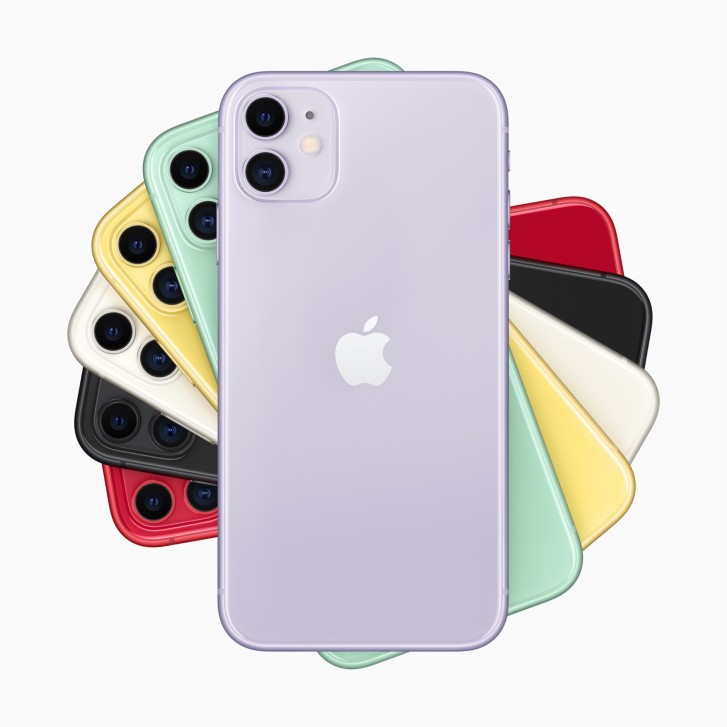 The 12 MP ultra-wide sensor has a 120-degree field-of-view and f/2.4 aperture. The main cam has f/1.8 aperture and OIS. New camera features include enhanced Smart HDR and a Night Mode that automatically triggers when it's needed. The dual-tone LED flash is now 36% brighter.

The video stabilization has been improved and it's now called Cinematic. Apple says this phone shoots the highest quality videos ever, compared to any smartphone. You can record quick videos by holding the shutter button while in photo mode. Audio Zoom matches the audio to the video framing. The iPhone 11 shoots at up to 4K@60fps, and with Extended Dynamic Range at up to 4K@50fps. This with both rear shooters.

On the front there's a wider lens for the 12 MP selfie cam, which means you can fit more people into the frame if you flip the phone into landscape mode. The selfie cam can shoot in 4K@60fps too, and 4K EDR at 30fps. Not only that, but it's also got 120fps slow-mo recording capabilities, to create what Apple calls "slofies". Smart HDR is a feature of the front-facing shooter as well. 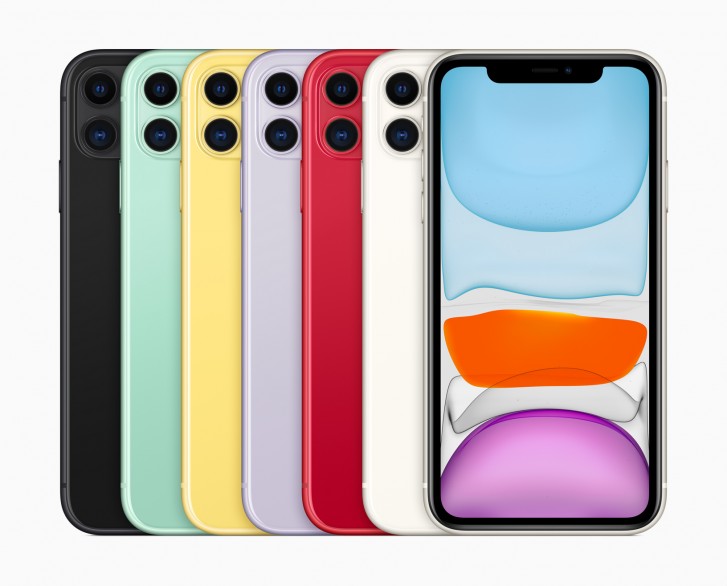 Face ID is 30% faster and works from extended angles, while the glass on both the front and back is now the toughest ever put in a smartphone, with a 3D sculptural look where the camera island is on the rear. The iPhone 11 has spatial audio and Dolby Atmos.

Running the show is the new A13 Bionic chipset, which is 20% more powerful than the A12 from last year and beats the Snapdragon 855 in both CPU and GPU performance in Apple's testing. The iPhone 11 will be available in black, yellow, green, white, purple and PRODUCT(RED). As for battery life, you should get one extra hour compared to the iPhone XR.

The iPhone 11 packs IP68 water and dust resistance (up to 30 minutes submerged in up to 2m of water), Wi-Fi 6, and faster Gigabit LTE. As rumored ad nauseam, there's no 5G on this year's iPhones. 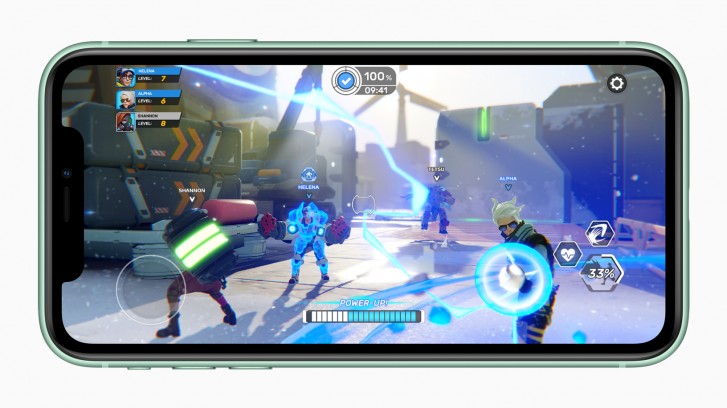 If you buy an iPhone 11 you'll receive a free year of Apple TV+, while Apple Arcade will be available for it for $4.99 per month after a free one-month trial. The iPhone 11 runs iOS 13, which will be released for older devices on September 19.

Coming later this fall, Deep Fusion, enabled by the Neural Engine of the A13 Bionic chip, is a new image processing system that uses advanced machine learning to do pixel-by-pixel processing of photos, optimizing them for texture, details, and noise in every part. With iOS 13.1, which will be out on September 30, AirDrop will get better with directionally aware suggestions, powered by the new U1 chip that uses Ultra Wideband technology for the first time ever in a smartphone.

Tim "Look at all these vivid colo-" *Slaps on case*

Here we go with this rubbish comment again. For this phone to be a failure even if you think the features. It would mean that nobody will buy it and we know that is not going to happen. We can all hate Apple but the that is they have built up there c...

Value for money is K20 Pro which destroys iphone 11 by features for half the price. Iphone 11 is just typical cash grab for phone which supposed to be priced 300 dollars