The iQOO Neo5 arriving on March 16 was rumored to support 88W wired charging, but 3C revealed that won't be the case, and the smartphone will charge at up to 66W. Today, iQOO officially confirmed on Weibo that Neo5 will indeed feature 66W wired charging. 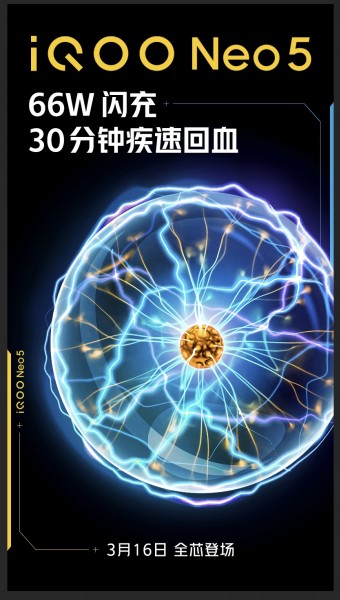 Additionally, iQOO confirmed that Neo5 will pack a dual-cell 4,440 mAh battery, which will go from flat to 50% in 10 minutes and get a full charge in 30 minutes with the bundled 66W adapter. The charger will also support 45W PD and allow you to charge other devices like laptops and cameras. 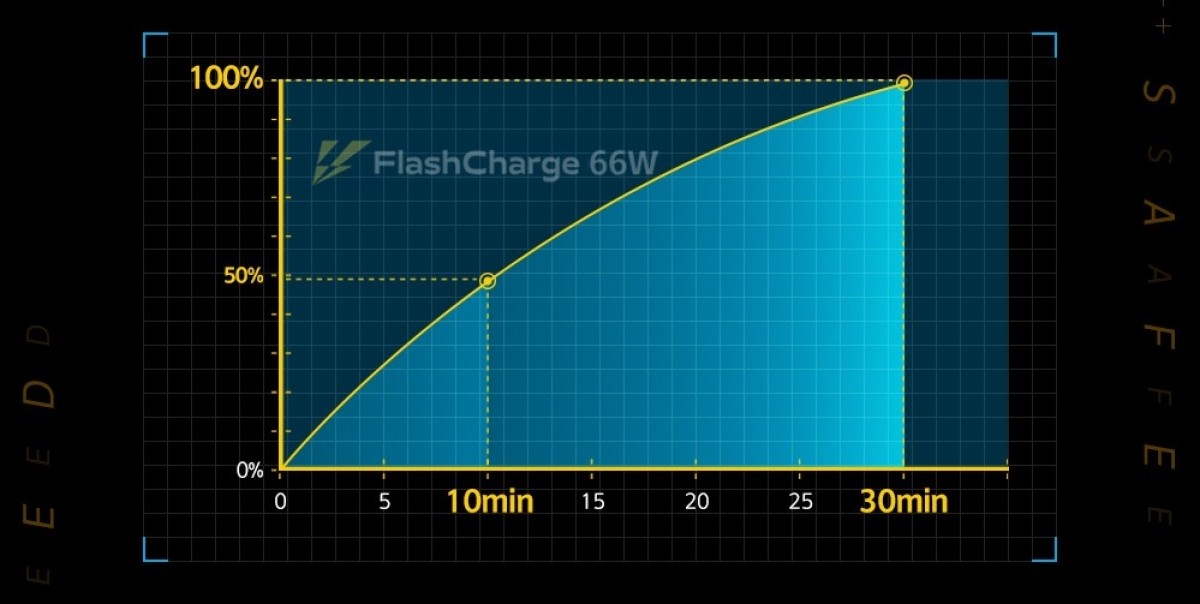 iQOO hasn't detailed the Neo5's specs yet, although the company previously confirmed that the smartphone will come with Snapdragon 870 SoC, 120Hz screen, and UFS 3.1 storage.

The Neo5 will have 12GB RAM onboard, but that will feel like 15GB thanks to the Memory Fusion technology.

With the official unveiling still over a week away, you can expect iQOO to confirm more features of the Neo5 in the days leading to its official announcement.