The Huawei P50 has been wildly rumored in the last few months and for the most part, we’ve understood that the camera will have a new layout. Two large camera rings are speculated to house four cameras, including one large 1-inch sensor for the main camera.

The latest news on the P50 Series is a render posted to Twitter by user @RODENT950. The leaker alleges that these renders are not mockups, but rather actual renders. In these renders, the camera array within the large rings is visible, showing three cameras in the upper cluster and one in the lower one. It’s speculated that the lower camera is the main shooter with the huge camera sensor. 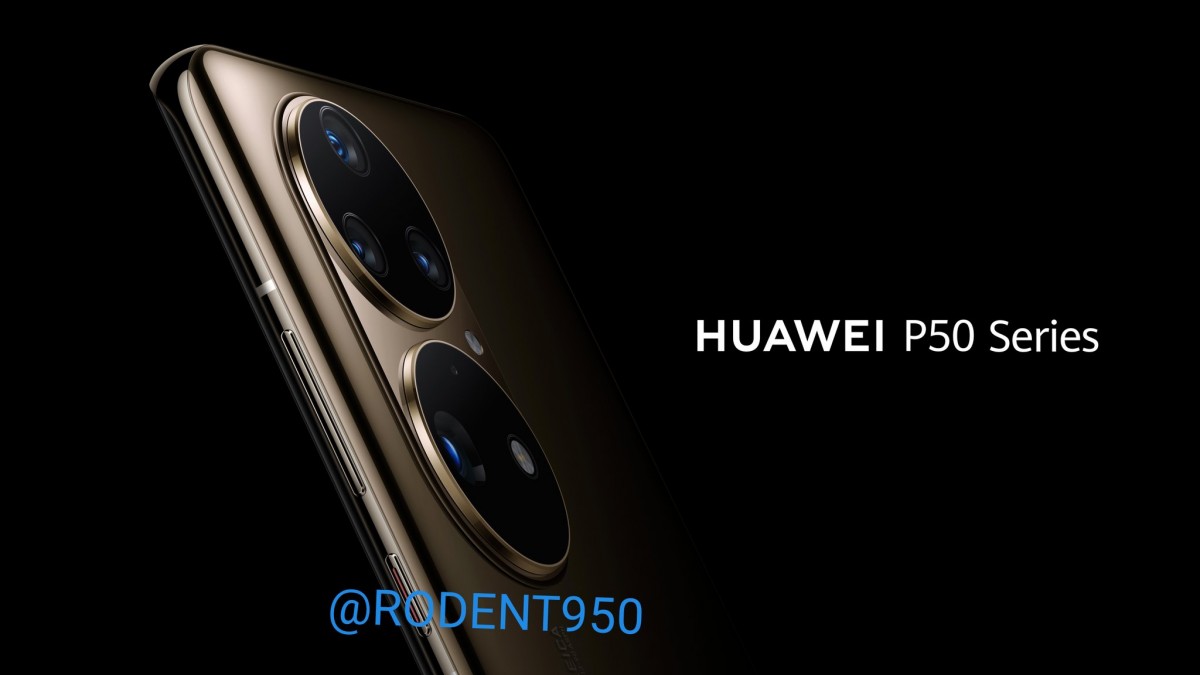 Previous leaks of the phone only really showed the dual rings that are part of the camera setup, but the layout of the cameras beneath the rings were never clearly defined. Speculation within the Twitter thread suggests there may be a telephoto camera, but we don’t see a periscope one. Then again, Huawei is said to have three variants of the P50, so it’s possible that we’re looking at the vanilla P50 model.

User @alfawien was able to zoom into the photo and make out what looks like 13-90mm. Some users in the thread speculate the P50’s periscope camera may feature variable zoom.

Variable periscope perhaps 3x to something.

The vanilla P50 is rumored to come with a 6.3-inch screen and a centered punch-hole selfie camera. It’s rumored to launch with Sony’s 1-inch IMX 800 sensor and there are a total of four cameras. The Huawei P50 trio is expected to launch sometime in May or June.

Renders and Real are contradictory in terms, ie. article is irrelevent.

When is mate 50pro coming to south africa? Inlove with mate phones